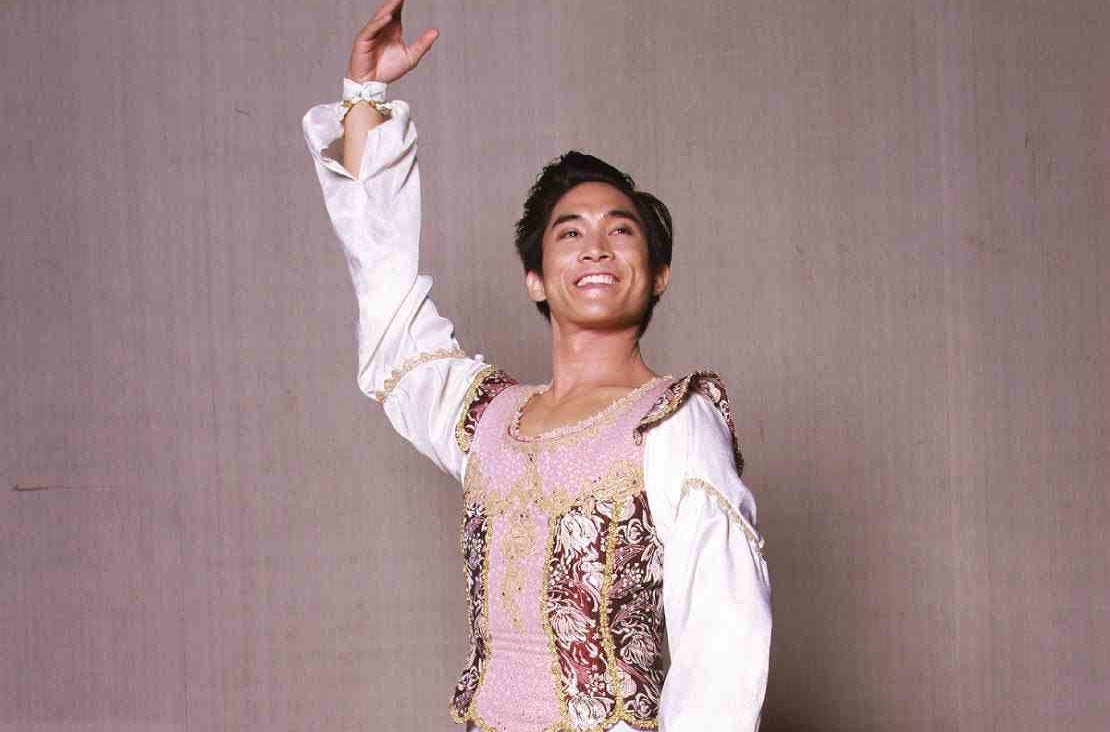 At age 26, Filipino-American ballet dancer Kristoffer Reyes is out to prove something.

While most dancers start ballet under 10 years old, Reyes started taking it up when he was already 18. Nonetheless, he was lucky to have an English mentor, Pamela Hayes, who trained him properly.

He began performing with the Pamela Hayes Classical Ballet, a preprofessional school and company in California. He went on to contact Philippine Ballet Theater (PBT), offering his services through a video. The video impressed the PBT board who cast him as Prince Charming in PBT’s “Cinderella.”

“I wanted to reconnect with my roots,” he said. The youngest of six siblings, Reyes was born in 1991 in Sacramento. He recalled that in his childhood, his Filipino parents sent him and his brother to spend two years in San Leonardo, Nueva Ecija, where they immersed in Filipino culture.

The Reyes siblings, their cousins and friends picked fruits from trees, enjoyed the street life and played Filipino games. To this day, Reyes speaks fluent Tagalog.

Although he speaks with an American accent, his ways are Filipino. He offers to share his food before he eats and maintains family ties. He added that he could get emotional or sensitive.

Reyes never thought about ballet until he joined musical theater in high school. Although he could sing and act, he needed to develop terpsichorean skills for the musical “Footloose.”

Hayes saw Reyes’ potential and took him under her wing. A graduate of the Royal Ballet School, she taught the English style—a blend of Italian, French, Danish and Russian styles with emphasis on correct body placement.

“She didn’t like to see dancers who had the abilities but were not trained well,” said Reyes.

To pay for his classes, he took technical jobs such as web development, student assistant in school, and yogurt shop staff. On weekends, he worked on Hayes’ farm, cleaning the paddocks and feeding the horses. He felt a sense of accomplishment with the physical labor.

Although Reyes didn’t have the ideal body for ballet, Hayes brought out his full potential by being very exacting. He credited his teacher for building his wide vocabulary of ballet movements.

Hayes noted that he was hardworking and danced from his heart. He was also trained to be a reliable partner.

Hayes cast the 5’11” Reyes in lead roles in her company. In “The Nutcracker” he appeared as the Prince.

After PBT’s “Cinderella,” Reyes will have his first season at the Sacramento Ballet in California. —CONTRIBUTED

PBT presents “Cinderella” on Sept. 29-30 at the Cultural Center of the Philippines.