How do you find the true face (and body) in the age of Photoshop? | Inquirer Lifestyle ❮ ❯ 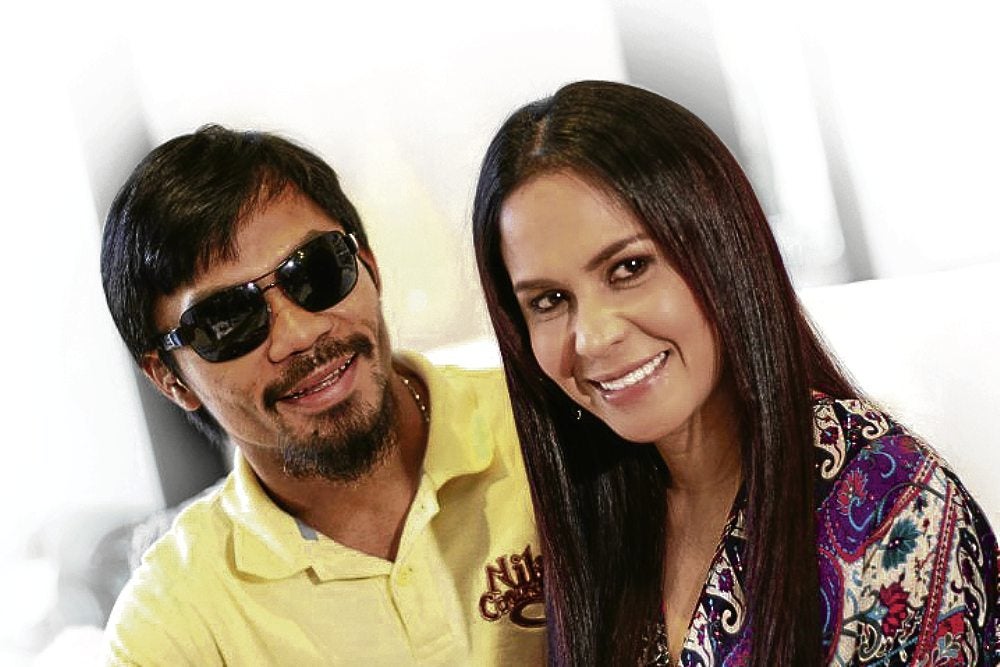 How do you find the true face (and body) in the age of Photoshop?

Do a cover girl’s natural good looks still count in the age of Photoshop? When almost every celebrity can look 20 years younger or 30 pounds lighter—or both, thanks to this digital scalpel, will it matter if a public figure looks better and thinner in pictures than in person?

Won’t the public eventually lump everyone they see in magazines and on the Internet together as the likely product of Photoshop, even if the poor star merely underwent a minor tweaking to remove a zit here or an eye bag there?

We ask these in the wake of recent buzz generated on social networking sites by Jinkee Pacquiao and Charice Pempengco’s unbelievably perfect but seemingly altered visages on magazine covers.

It seems everyone has a take on their jaw-dropping, almost surreal images, except the women themselves. Of the two, Jinkee’s image appears closer to reality (but perhaps not by much), as she has made no secret of undergoing a series of beauty procedures in the hands of Dr. Vicki Belo.

Still, people couldn’t help but do a double take as they called to mind images of a simple but nonetheless pretty Jinkee before husband Manny Pacquiao became a global boxing icon, and compared them to the picture of the worldly, sophisticated woman in a belted tailored dress on newsstands.

There was nothing really wrong with the picture, except that Jinkee, sporting a new shorter ’do and oddly bearing a striking resemblance to former actress Lara Melissa de Leon, was almost unrecognizable.

(Inquirer Lifestyle tried to get Jinkee’s reaction through her aunt Lot and twin sis ter Janet, but our text messages were unanswered.)

In an interview with Lifestyle’s Cheche Moral in September, Jinkee talked about her beauty direction. Belo had just introduced her as an endorser.

Jinkee told Lifestyle that she went to Belo to boost her “self-confidence.” She has no regrets whatsoever, because she thinks she looks better now.

This was in reference to her rumored breakdowns every time her husband was linked to another woman.

“I’m happier with what I see,” Jinkee said in Filipino. “Sometimes I don’t recognize myself. It’s like wow! It’s true what people are saying, I agree. If you compare me to the old Jinkee, especially when you look at my photos, there’s a big difference.”

One nasty joke even went like this: If you want to know how Jinkee looked like before she went to Belo, just look at her twin sister. If Jinkee is the “after,” then Janet is the “before.”

Belo, in the same event, came to Jinkee’s defense. Jinkee, she insisted, looks the same, “only better.” In addressing the twin sister situation, both women acknowledged the need for Janet to level up every time Jinkee pays Belo a visit.

“The twin is also doing some procedures, so they don’t end up looking too different,” said Belo.

In a more recent phone interview, Belo went on to discuss the psychology behind women’s attempts to “improve” themselves. It isn’t so much a desire to look like somebody else that motivates them, she said, but a wish to “recover their former glory.”

“They bring a picture of themselves when they were thinner, younger and firmer and ask us if we can move back the hands of time to approximate how they looked before,” said Belo. “If they bring a picture of a star, it’s only to serve as a peg. Some would want, say, Claudine Barretto’s nose.”

As to how far a woman should go in her quest for fulfillment and, uh, self-actualization, it depends, said Belo, who believes in “freedom of choice.”

But it turned out, the decision isn’t solely hers when it comes to altering her public image through Photoshop. Even high-profile cover girls are at the mercy of photographers and creative directors, who have no qualms embracing the readily available technology—for different reasons.

Photoshopped images of famous people have become the new normal.

“I use it, but I adhere to the universal digital principle of garbage in, garbage out,” said veteran celebrity photographer Jun de Leon. “The decisive moment can never be created by the computer.”

Even Raymund Isaac, who once famously declared that he doesn’t believe in Photoshop, uses it. But while lesser talents consider it indispensable, Isaac, like his seasoned colleagues we interviewed, treat Photoshop as just another tool.

“Photoshop is a cop-out for real hard work,” he said. “Like any tool, Photoshop is just what it is, a tool. It depends if the user uses it to further his craft or to cover up for his laziness.”

Most of today’s “pseudo” photographers think Photoshop is the beginning and end of photography, he added. It’s not. A good photographer also takes into account such factors as good lighting, attention to detail and meticulous planning.

Tom Epperson may or may not use it, depending on his purpose and whom he’s shooting the images for. Photoshop has no place when it comes to his personal work. If it’s for a magazine featuring a celebrity, he might go as far as to “clean” up the subject’s face.

“I do it as little as possible because I want the photo to look believable,” he said. “I resort to it to get rid of unwanted blemishes and to clean up the image. It really depends on the subject matter and where it is being used. If it’s for advertising, some of the agencies will do the retouching. I usually hand them a raw file, and they will do all the post-production work.”

Willy Saw, who also prefers to adhere “closer to the truth” by using Photoshop the way Epperson does, doesn’t feel offended if his work gets tweaked, even overhauled by the magazine’s creative director.

“It’s their call,” he said. “Although photography is a collaboration, editors and creative directors still have the last say. As a photographer exposed to the practices of journalism, I still would want the truth, in the form of the subject’s real appearance, to prevail.”

But unlike a newspaper, there’s a certain sense of “fantasy” involved in shooting for fashion and lifestyle glossies. Truth takes a bit of a backseat to feed the public’s hunger for “aspirational” images.

“Photoshop has been around even before the dawn of the digital age,” said Saw. “Of course, it wasn’t called as such back then. Neither was the process nor the effect the same. The most we could do with a time-consuming and expensive process was obscure pimples and wrinkles. There are certain things we can do now through Photoshop that we could never imagine doing before.”

But like everything done in excess, a number of photographers we interviewed believed that there’s a likely backlash involved in continuously feeding the public with these seemingly benign “illusions.” Perhaps in a measured attempt not to step on the toes of people they regularly work with, none of them mentioned as example the recent Jinkee-Charice fiasco.

“The sad thing is that the young have set their goals so high, they have come to a point that they actually believe this is the way normal people look,” said Epperson, an American based in Manila. “That’s why in the US, young kids resort to extreme measures such fad diets, plastic surgery and steroids to change their appearance.”

“The consequence of excessive Photoshop comes in many layers,” said Isaac. “One is the deception and brainwashing of the target audience. You might mislead the viewer to think that this is reality. In fact, it might only create false realities in their minds.