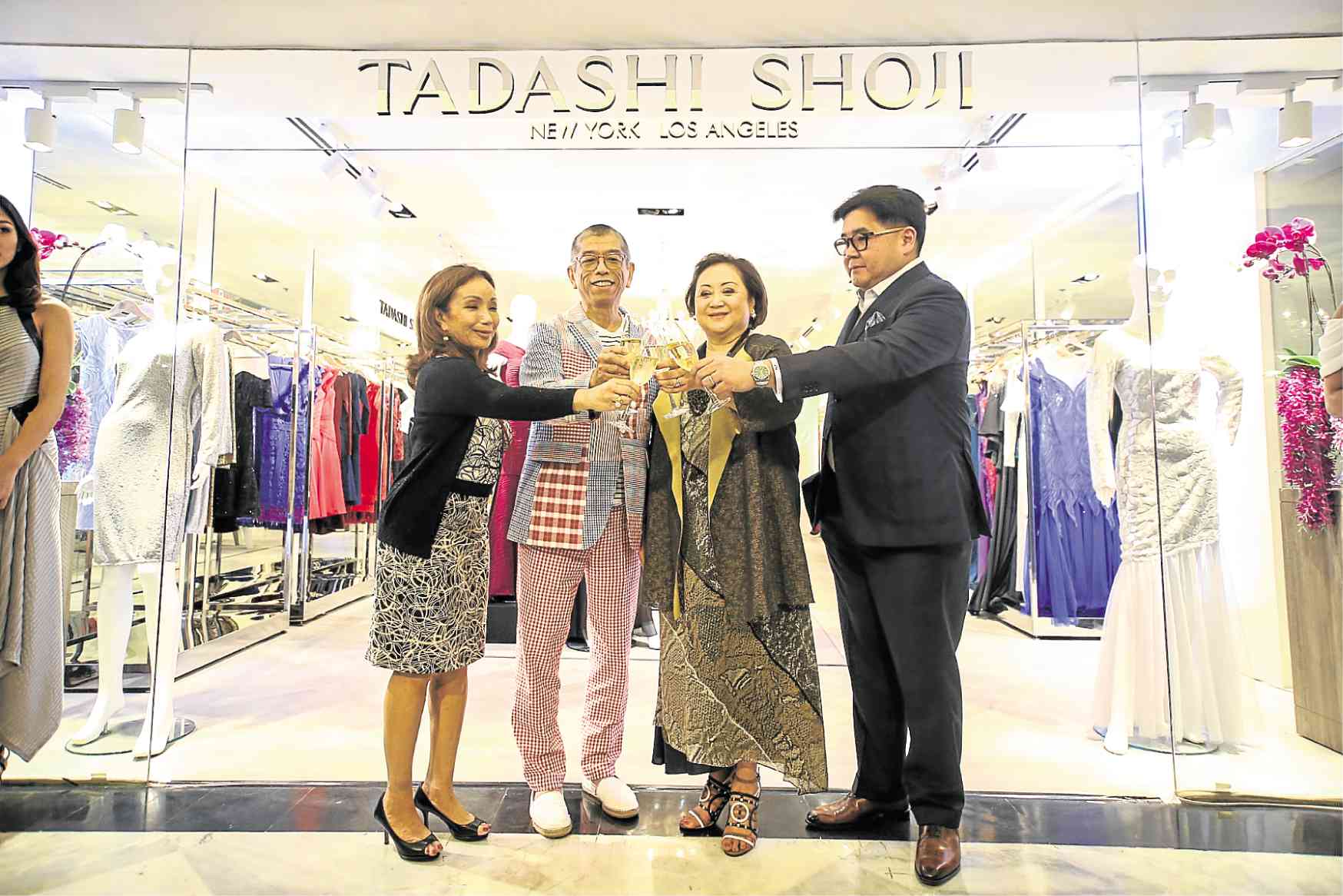 The American media has said much about the Hollywood red carpet clothes of Japanese designer Tadashi Shoji. Many of the celebrities he has dressed had fuller figures, such as Oprah Winfrey, Queen Latifah and Gabourey Sidibe.

In 2010, Mo’Nique ditched her made-for-the-Oscars long dress for an off-the-rack formal from Shoji’s store. Clad in an electric blue gown with slimming diagonal draping, Mo’Nique accepted her award for Best Supporting Actress in “Precious.”

In 2012, Octavia Spencer wore a glittery Grecian goddess sheath when she won Best Supporting Actress for “The Help.” Tadashi draped her waistline to give the illusion of a curvaceous figure, and deemphasized her arms with short sleeves.

InStyle magazine cited Tadashi as one of the few designers who made clothes for big women. The sizes of his clothes go up to 24 or “queen size.”

“I make clothes for petite women, normal women and large sizes. Why can’t large and tiny ladies wear beautiful clothes? I don’t discriminate. All women are entitled to be beautiful,” he said.

Recently Shoji flew to the country for the launch of his boutique at Rustan’s Makati— his first stand-alone store in Metro Manila. The 70-year-old designer looked young in a mixed-check seersucker suit, striped shirt and espadrilles.

The Tadashi Shoji label has been represented at Rustan’s for 24 years. Back then, a buyer visited Shoji’s showroom in New York and told him that she wanted to import his clothes.

Shoji has since done two benefit fashion shows for Rustan’s—in 2013 and last year for its 65th anniversary.

Rustan’s chair Zenaida Tantoco is a friend. She invites Shoji to her home for dinner, selects  clothes from his collection, and has them customized.

Asked what sells most in Rustan’s, Shoji replied: “Every season, we do new styles. If a dress sold well, I don’t do the same style in different colors for the next season.”

The Rustan’s collection presented a green jersey gown with tiny diagonal draping and pintucks to create an hourglass figure.

A burgundy one-sleeved gown was accented with diamond planes of beadwork on the side to make the woman look svelte.

A silver, matte-sequined gown had tulle flounces. Its most striking details were the bust darts tailored to the wearer’s figure.

An illusion tulle on the shoulders of a black gown created a bare-skin effect. Bordered with appliqués of leaves, its flounced torso easily hid bulges.

There were alluring cocktail dresses, such as a gold jersey wraparound dress with matte beads and a silver beaded dress that skimmed the figure. While these will fit the likes of Paris Jackson or Kate Beckinsale, who have worn his clothes, these styles can also be adjusted to plus-size women.

“I don’t have a muse,” he quipped. “It’s all about sculpting the fabric on the figure. Women’s bodies are like the canvas of a painting.”

Shoji discovered his talent the hard way. He wanted to be an artist but was not accepted in Tokyo’s national arts school.

He worked as assistant of avant-garde artists, among them international multimedia proponent Jiro Takamatsu.

Shoji realized that he could not survive in visual arts. At age 25, a male with no career was ostracized in Japan. He then went to the United States on a tourist visa, later on getting a student visa by studying fashion at the Los Angeles Trade-Technical School.

In one of the courses, he discovered his flair for draping.

Shoji had apprenticed with American designers until he ventured on his own with backing from his father and Korean-Japanese partner.

Neiman Marcus ordered a cocktail dress with Grecian draping and came back for more. Macy’s and Bloomingdale’s followed.

Shoji then decided to focus on evening wear.

Ten years later, Shoji realized that plus-size women were underserved. He said: “Some designers don’t want to spoil their image by making clothes for women over size 12. I want fashion to be accessible to all women. My skill in draping, cut and patternmaking can make women look  beautiful.”

On hiding figure flaws, he pointed out: “It’s how you cut, where you put shoulder, waistline and bust line. Today’s ideal figure is an hourglass. Big or small ladies can wear something closer to the ideal and look more beautiful than they are.”

Shoji said attention to line and proportion make all the difference in flattering a figure. Most designers cut the waist on a straight line, but he curves it up subtly to lend the illusion of a smaller tummy.

One of his principles in design is using the vertical line to lend the illusion of height and slenderness by leading the eyes from top to bottom, he added.

On fast fashion, Shoji said: “After three washings, they lose their shape. They are cheap so you can buy something new. We want to give value to our clothes with our prices. Fashion design is not about fads. I make my own fashion which women can wear even after 10 years.”

The clothes are manufactured in Shanghai, where he spends six months a year. He also shuttles between New York and Los Angeles to oversee his stores.

On his longevity in the industry, Shoji was candid: “Accessible pricing (US$400- $900), comfort and, definitely, style. We have to be relevant because every season, women will have different needs. Sometimes, it’s long dresses; another time, it’s cocktail dresses. It could be shoulder-baring styles, then long sleeves for another season.

“I have more than 300 employees in offices in three places. The factory in Shanghai has 500 workers. They all depend on me, so I have to work hard.” –CONTRIBUTED