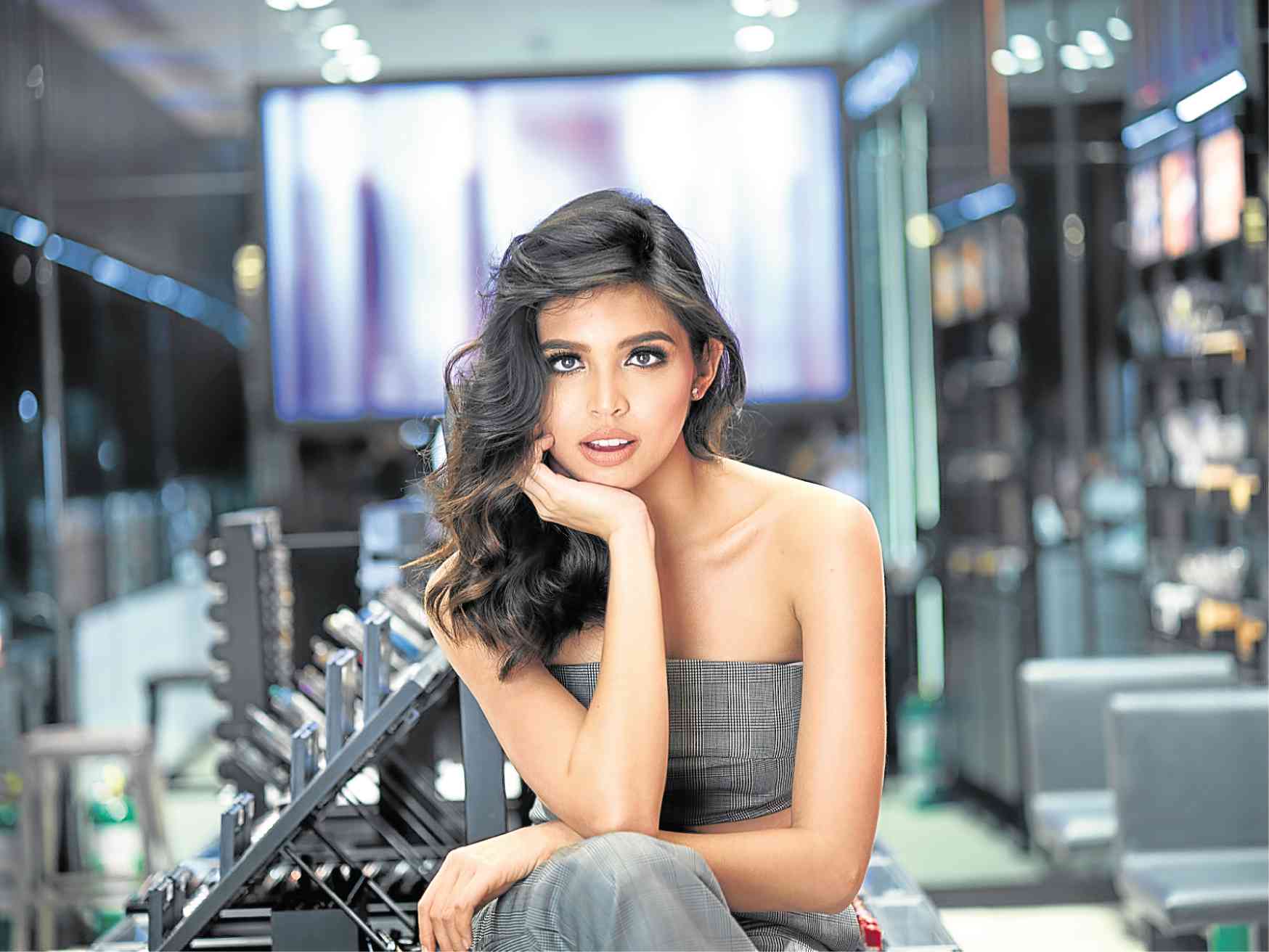 That was Maine Mendoza talking to the members of the press during an intimate dinner in Makati. It was three days before Mainedcm—a muted peachy beige matte MAC lipstick she designed herself—dropped on e-commerce site Lazada, and Maine was giving us the details behind her makeup collaboration with the brand.

“Akala ko poser! I really did not expect MAC would get me as an influencer. I really could not wrap my head around it. It’s such a prestigious brand,” Maine said. She recalled how it was a surreal experience to be the first Filipino to have her own MAC shade, at a time when celebrities are churning out their own cosmetics collections.

The noontime TV darling launched the AlDub Nation after she charmed the country with her onscreen antics with Alden Richards on the “Eat Bulaga!” kalyeserye segment. The segment brings her and her cohosts to different barangays where they give out prizes to the locals.

But one does not underestimate the power of jologs. Maine’s loyal legion of fans was determined to buy all the Mainedcm stocks—a total of 20,000 bullets—the moment the lipstick was available. (It’s not impossible given that Ruby Woo sold out immediately when fans found out that the pillow-lipped host wears it on a daily basis on the noontime show.)

“We didn’t want just a big celebrity,” MAC Philippines brand manager Gay Lao Chen said. Twelve international influencers were tapped to become a MAC Maker, and the Philippine office wanted their first representative to be an “epitome of Filipino beauty.” More importantly, they wanted someone who really uses their products.

Mainedcm is a tiny bit of Maine’s style encapsulated and packaged in a box she had designed herself. Though she used MAC Ruby Woo for her Yaya Dub role, Maine had always opted for nude in real life. “Ganda lang,” Maine described the lippie.

She also wanted a lipstick in the shade that works on morena skin so Filipinos can wear it every day and everywhere.

The 23-year-old actress-comedian recalled that the first MAC lipstick she tried is Candy Yum Yum, a Barbie pink shade that is almost neon. “For my complexion it was not really flattering… I want to keep it simple and sophisticated. I don’t want it to be flamboyant or loud or Candy Yum Yum-like.”

Last January, Maine flew to the MAC lab in Toronto, Canada, where she formulated the lipstick with help from a female Filipino chemist. She went back to the Philippines with one tube of Mainedcm and actually wore it in various public appearances.

“Creating your own lipstick from scratch is tricky but I am so glad I was able to achieve the color I wanted,” she wrote on Instagram when she announced her makeup collab.

Also at the lab visit with Maine were YouTubers Jamie Genevieve and Patricia Bright, beauty movers chosen to be MAC Makers.

“They were all made up, ako naka-cheek tint!” Maine recalled that the encounter made her shy. She confessed that she opts for the no-makeup makeup look because it’s the only look she can achieve on her own.

A MAC designer also repeatedly asked if she was sure about the packaging of her lipstick. The 11 other MAC Maker lipsticks had more elaborate packaging, but the Kapuso star chose a kiss-print box with her signature. It is set against a subdued background, which matched the cool-toned lippie. The prints were by Maine herself; she kissed a white bond paper seven times so that each lip print on the box was unique.

Gay said that from the beginning, Maine knew what she wanted to do: a lipstick for everyone.

“I want my lipstick to be the universal nude lipstick,” Maine said, and flashed one of her quirky facial expressions that she often does on TV.