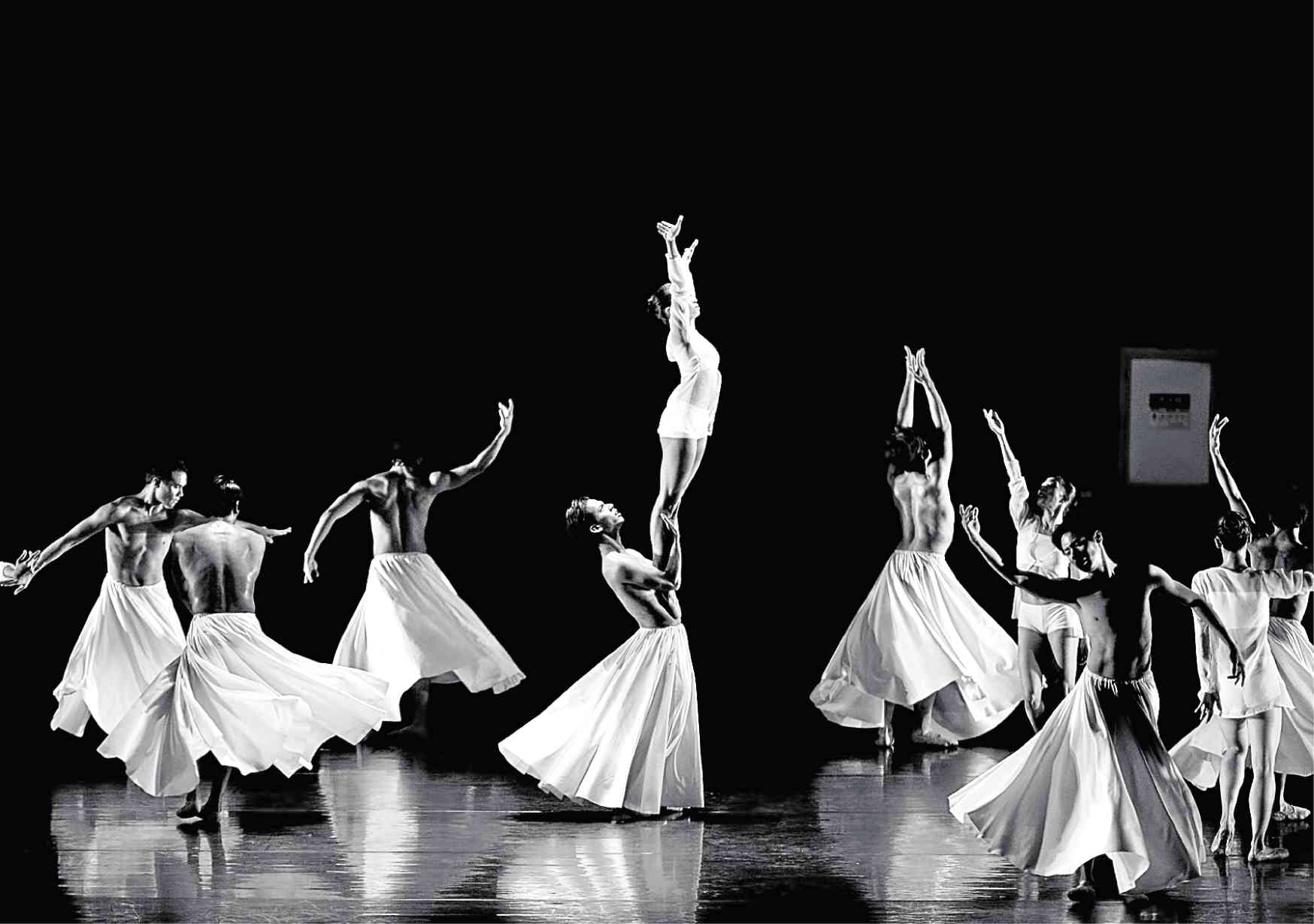 Bam Damian’s certified hit, “After Whom”

Men flew in white skirts and women struck sharp poses in shorts, midriff tops and pointe shoes. The energy was so compelling throughout Bam Damian’s piece, “After Whom,” set to the electronic music of composer-turned filmmaker Jerrold Tarog, that every performance concluded in thunderous applause.

Denise Parungao, who played the title role in Alice Reyes’ “Amada,” and Ronnelson Yadao as the jilted lover in Norman Walker’s “Songs of the Wayfarer,” received the loudest applause.

Chris Millado, Cultural Center of the Philippines (CCP) vice president and artistic director, cited the significance of the tour: “The National Ballet of China is considered one of the best in the world. Having Ballet Philippines interact with this company is a magnificent learning experience for our young dancers.”

The tour was the culmination of a cultural agreement between the Philippines and China, forged in 2012 by Chinese President Hu Jintao and Philippine President Benigno Aquino III.

The BP-NBC exchange took a while to pull off, owing in equal parts to logistics and politics.

Fund-raiser Doreen Yu, corporate secretary of Ballet Philippines Foundation, recalled initially requesting the Chinese embassy to send a ballet teacher to give classes, and four dancers to perform with BP. However, the Chinese had bigger plans, among them bringing to Manila NBC’s signature “Raise the Red Lantern,” an adaptation of  Zhang Yimou’s 1991 movie.

The dance, a combination of classical ballet and Peking Opera theater, is set in the 1920s. It tells of a young girl who becomes the third wife of a Mandarin and finds herself in a household of intrigues.

In a parallel effort, the CCP, through Millado, had wooed NBC’s touring manager for “Red Lantern” in 2013.

Eventually, with the National Commission on Culture and the Arts (NCCA), CCP commenced talks with the Chinese Embassy and NBC.

Communication from NBC stopped in 2015, but suddenly, in August 2016, the CCP received word that the NBC would perform in Manila in late October. It coincided with the fact that President Duterte’s foreign policy favored China.

Over 100 dancers and several container vans of sets and costumes arrived for the October show. NBC ballet master Xu Gang (currently assistant artistic director) conducted a couple of classes for BP as part of the cultural exchange agreement.

The cultural exchange program is renewable every three years. The last cycle ended in August, and will hopefully be revived, said Sta. Romana.

He noted that the territorial dispute over the West Philippine Sea has brought about unprecedented tensions. When the International Criminal Court in The Hague, Netherlands, upheld the Philippines’ claim, the Chinese media became very critical. Enthusiasm about the cultural exchange plans waned. (It was around this period that the NBC stopped communicating with CCP.)

CCP chair Margie Moran-Floirendo pointed out that way before the exchange agreement, BP had performed in China several times in the name of cultural diplomacy.

In 2015, she related, “We were performing in Chongqing during the arbitrations. The atmosphere was tense! But dance-wise, things turned out fine.”

The dancers could not wear their Ballet Philippines jackets in public, though, due to the widespread negative sentiment. Millado recalled several incidents in Beijing when Filipinos were not allowed inside restaurants.

Early into the Duterte administration, China softened up, and that’s how the Ministry of Culture got to green-light NBC’s “Red Lantern” performance in Manila.

“Politics is vital,” Sta. Romana explained. “If diplomatic relations are good, it’s easy to secure cooperation from both sides. Our approach was to not put differences at the center of discussions. On one hand were issues that divided the two countries; on the other, areas where there were no disputes—trade, economics, culture, science. We kept them separate to fast-track the issue-free areas and promote understanding.”

BP’s end of the exchange was not on the same scale as NBC’s, but the logistics were nevertheless challenging. Floirendo said videos of the repertoire were sent to China to be screened for subversive content. —CONTRIBUTED