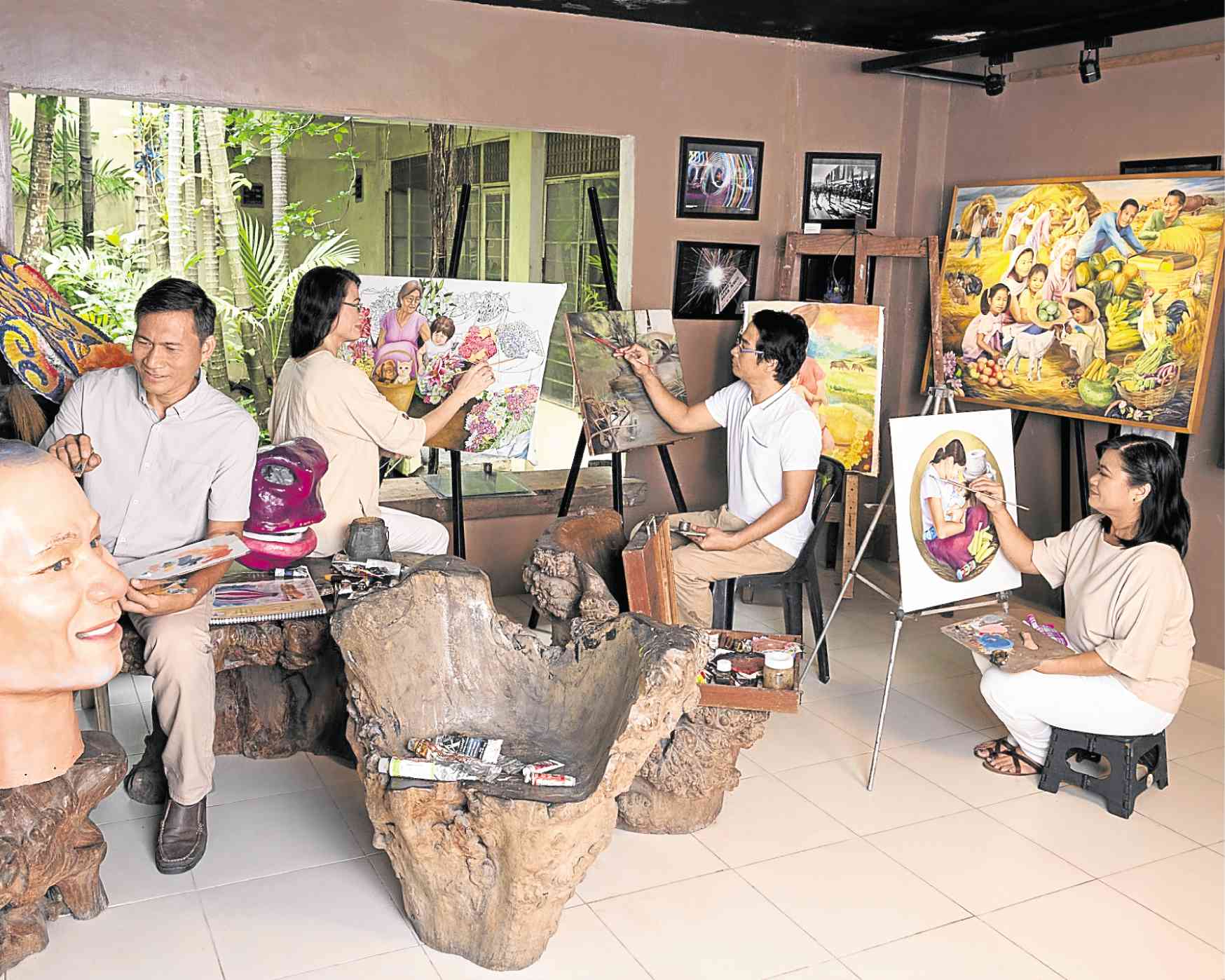 The Blanco family. Michael: “The very first painting set my mother bought for me came from SM. Joy: “I would like to thank SM for its cultural projects that have helped so much in creating awareness of art in Rizal.” Gay: “We were part of the first shopping crowd of SM Megamall when it opened. SM Megamall is where my husband and I first met.” Peter Paul: “As an artist, I can say that each SM mall has its own character, and each experience is unique.”

My Story, My SM continues its journey around the Philippines, and after visits up north and to the central plains of Luzon, we will get to know how SM has touched lives in the provinces of Cavite and Rizal.

These are stories from customers, business partners, and prominent personalities from cities where SM has malls and serves the community. Along with their stories, we will get to know more about our country’s rich history, diverse culture, and its many talented and inspiring people who have brought much honor to the Philippines.

Our first stop takes us to Cavite, a province known for its history, heroes and heritage. It is the Cradle of the Philippine Revolution and the Birthplace of Philippine Independence. With its close proximity to Metro Manila, and its Second Revolution toward industrialization, Cavite is today one of the fastest growing provinces in the country, with six malls in Bacoor, Dasmariñas, Rosario, Molino, Trece Martires and Imus.

We will meet members of the Cavite Historical Society, founded by Dr. Paulo Campos with Alfredo Saulo and Justice Justo Torres, among others, in 1977 for the preservation of history and culture in the province. We will learn how important their work is today as Cavite’s demographics are quickly changing with its growth, and 70 percent of its residents are no longer born there.

We will also see how Cavite today continues to mold modern-day heroes to become part of the revolution to make this world a better place. Most inspiring of all is Efren Peñaflorida Jr., who made Filipinos proud when he was named the CNN Hero of the Year in 2009, as part of the news network’s program to honor individuals who make extraordinary contributions to help others.

From Cavite, we will make a stop in the province of Rizal to visit Antipolo City and Angono. Antipolo City is known as the Pilgrimage Capital of the Philippines, where thousands of devotees flock to the cathedral to venerate the miraculous image of Our Lady of Peace and Good Voyage. Located on the slopes of the Sierra Madre range, its cool climate, forested hills, mountain springs and scenic view of the metropolis also make it a favorite tourist destination.

A growing urbanized and industrialized city with Masinag—site of an SM mall—as its central business district, Antipolo has retained much of its rustic charm despite its development. Here, we will meet Rep. Chiqui Roa-Puno, congresswoman for the First District of Antipolo City who works closely with SM for her health, wellness and educational advocacies.

Angono is the Art Capital of the Philippines, and is like one big gallery itself with its numerous artworks. It is said to have more artists per square meter than any other place in the world.

It was here that Jose “Pitok” Blanco, who is known for his mural-size paintings depicting the joyous celebrations in his hometown, worked and raised his family. Growing up with art all around them, the Blanco children are now all practicing visual artists, whose canvases represent Filipino culture and tradition in their realistic styles.  We will get to know Michael, Joy, Gay and Peter Paul Blanco who paint and record our country in its light and freshness, and move actively, to showcase art in the community.

Efren, the officers of the Cavite Historical Society, Chiqui, and the Blanco family join in SM’s 60th anniversary celebrations by sharing their inspiring stories in the My Story, My SM series featuring 60 lives touched by 60 years of SM. With its roots in retailing, SM has over the years become part of the lives of millions of Filipinos—customers, business partners, employees—each with a wonderful story to tell.

Discover more about their inspiring stories at the My Story, My SM microsite at https://mystorymysm.com and get a glimpse of how Efren collaborates with SM for his youth programs; how the Cavite Historical Society and SM work together to create more awareness and appreciation for Cavite’s rich heritage; why SM will always be part of Chiqui’s life; and how SM inspires artists like the Blanco family at https://www.youtube.com/MyStoryMySM.