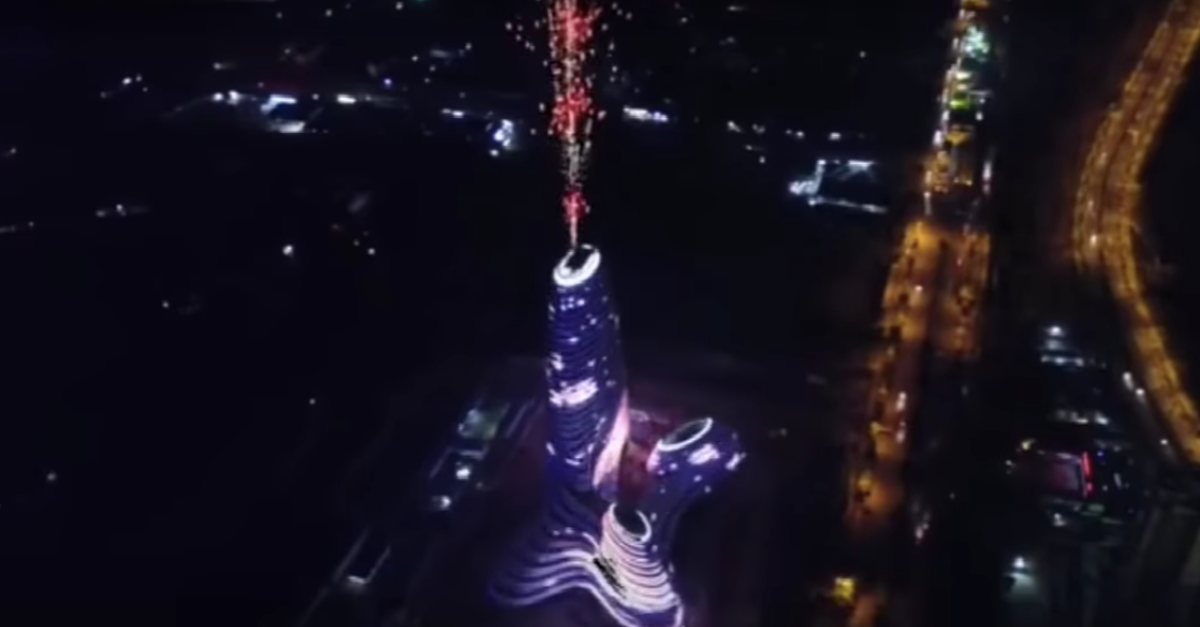 Originality in architecture seemed to be on the rise as the years go by, what with the creative designs unveiled every so often. But one building in China took creative architecture to a whole new level, capturing the world’s attention for one amusing reason — it looks like a penis.

The Chinese were initially not amused by the design of Guangxi New Media Center. The building appears to look like a penis with matching two testicles. To point out how ridiculous the building looks like, one unnamed netizen uploaded on Chinese social media an edited video of the building, showcasing what appears to be a fireworks display in celebration of the Mid-Autumn Festival on Sept. 24.

Netizens found the edited video amusing as it made the building look even more penis-like. Because of its design, it looked like it was ejaculating fireworks.

The video has gone viral and the building soon became an international trending topic. Of course, netizens found the video as funny as Chinese social media users did.

I am putting this 14 second video on my list of things to watch when the world gets me down.

Rising authoritarianism? Sexual predators in the White House and the Supreme Court?

Concerns have been raised about the Guangxi New Media Center… surely an official organ of the Chinese state. pic.twitter.com/0LB1S2kfhu

Stand-up comedian Olaf Falafel joined in on the laughs, poking fun at the building’s architecture.

"I do like it but don't you think perhaps it's a little … you know… a little bit too penisy?"

Architect: "Don't worry, there'll be so many fireworks and lights on the launch night, nobody will ever notice" pic.twitter.com/rqh04z5L2a

“This is what happens when there are way more men than women in a country #PenisTower,” quipped one Twitter user, Lydia (@MommyFourBoys), pointing out China’s skewed sex ratio as the reason for the building’s design.

“All it needs is this bridge nearby and it is complete,” teased another netizen, Rob Mar Var (@ReBoRN_616), uploading a photo of the Golden Bridge in Vietnam.

All it needs is this bridge nearby and it is complete. 😏 pic.twitter.com/JjSsHP7XIC

Apparently, Guangxi New Medical Center was modeled after the terraced landscape in Guangxi and Yunnan provinces, according to a Shanghai.ist report on Sept. 24. The building was unveiled last August and took two years to build. JB