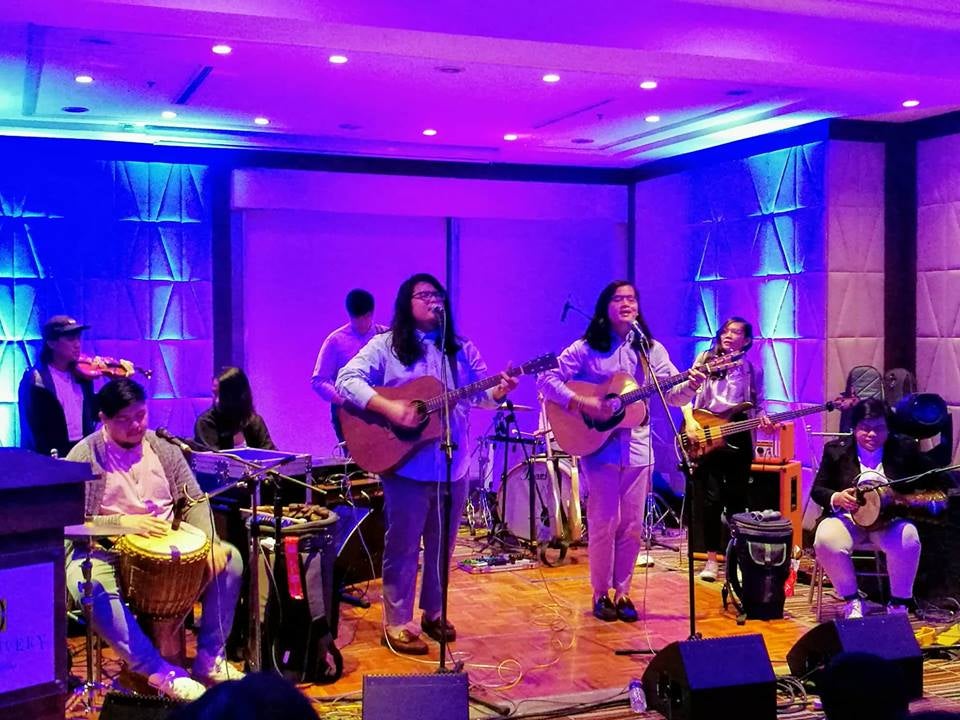 Ambitious, exciting and coming very soon: “Pinoy Playlist,” a music festival to be held on Oct. 11, 12, 13, 18, 19 and 20 at the BGC Arts Center in Taguig, featuring 96 acts spanning virtually all contemporary and traditional Filipino music genres.

Playing on week 1, for instance, are Ben&Ben, Clara Benin, Johnoy Danao, Razorback with Nicole Asencio, Rachelle Gerodias and the Kundiman Cast, among many others.

Pinoy Playlist is a project initiated by BGC Arts Center head of content Maria Isabel Garcia, and made possible by maestro Ryan Cayabyab, The CompanY’s Moy Ortiz and movie-TV industry insider Noel Ferrer pooling together their resources to present a grand celebration of Filipino music.

British singer-songwriter Sam Smith returns to the Philippines for a one-night concert on Oct. 5 at the Mall of Asia (MOA) Arena.

The show, mounted by MMI Live, is part of a world tour in support of Smith’s second studio album, “The Thrill of it All,” released in 2017.

At the 57th Annual Grammy Awards in February 2015, the London-born Smith won four: Best New Artist, Record of the Year and Song of the Year, “Stay With Me,” and Best Pop Vocal Album, “In the Lonely Hour.”

Roll out the barrel

The countdown begins, a few days before the three-night Oktoberfest rolls from Oct. 4 to 6 at Solaire Resort and Casino.

This year’s Oktoberfest marks the German Club’s 80th anniversary in Manila. The fun runs from 6 p.m. to 2 a.m. at a specially constructed 2,400 sqm Solaire Oktoberfest Tent.