How to eat your way to graceful aging | Lifestyle.INQ ❮ ❯ 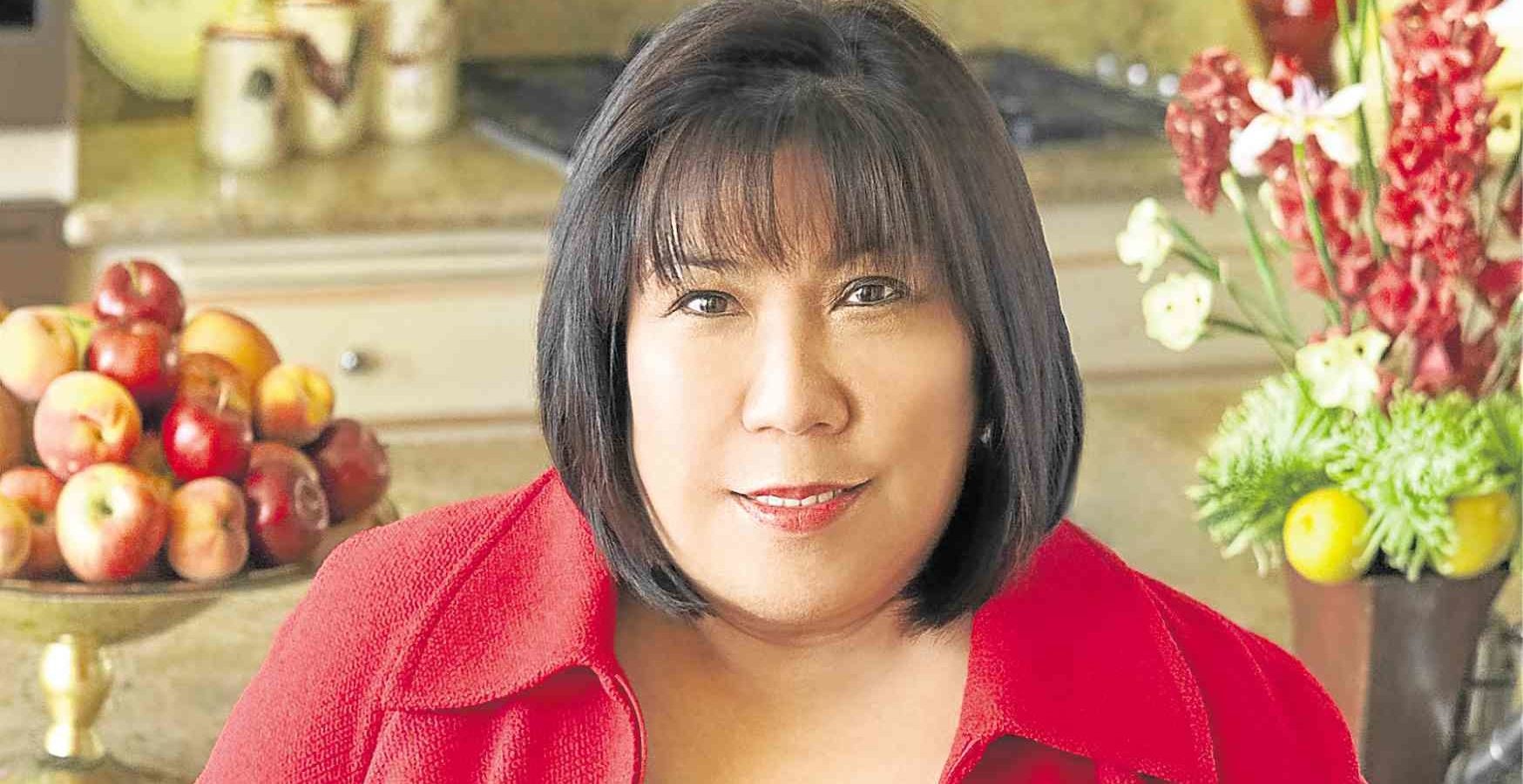 Author Grace Ouano encourages Filipinos to grow their own produce.

How to eat your way to graceful aging

Aging may be inevitable, but it is not to be dreaded.

That is the message Grace Ouano, or Grace O, is sharing not just through FoodTrients, a website and cookbooks dedicated to nutrients in foods that help prevent the diseases of aging.

Ouano is spreading more than a message. She is actually giving people the tools and the means to practice what she preaches.

Her two cookbooks, “The Age Beautifully Cookbook: Easy and Exotic Longevity Secrets from Around the World” and “The Age GRACEfully Cookbook,” offer recipes that let people eat well while staying healthy and active even as they age.

Ouano has the credentials to talk about food and health. Her mother ran a culinary school and she became its director at age 19 after her mother passed away. She also operated several restaurants before she moved to the United States.

With a degree in Business Administration from Assumption Convent and inspired by her father who was a physician, she took a job in a nursing home and quickly rose from employee to owner and operator. She and husband Rupert now run four nursing facilities in northern and southern California.

Ouano says, “FoodTrients is a philosophy and [‘Age Beautifully’] is not a diet book.” The book was launched in Manila for the benefit of Bright Halls Foundation, a nonprofit nongovernment organization for abandoned young children.

“Age Beautifully,” which has won several awards including “The Best in the World” in the Gourmand World Cookbook Awards in 2017 in the innovative category, offers “delicious recipes” that are easy to prepare and cook even for those with rudimentary cooking skills.

Ouano does not think that eating healthy means having bland, unappetizing food that is as tasteless as cardboard. Her recipes are adapted from or are fusions of familiar and popular dishes. With her company’s chefs, she relies on substitution and supplementation to make those dishes more healthful without compromising flavor and appeal. 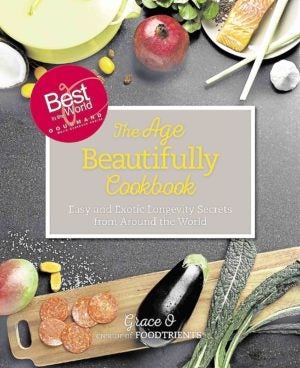 She does not think it will be difficult for Filipinos to find the right substitutes for her ingredients, except perhaps artichoke, which she and her staff are now researching. Ouano enthuses particularly about the nutrient-rich malunggay, which she only got to know through her Cebuano husband.

Organic, of course, is preferable but, as it is often more expensive, Ouano encourages Filipinos to grow their own vegetables and fruits even in small spaces so they are assured of their freshness.

The dishes in her books, she says, are based on modern scientific research and traditional knowledge of the healing properties of herbs, vegetables and fruits.

She has identified eight categories of foodtrients that are age-defying and healthier. These are signified in the recipes by individual logos: anti-inflammatory, antioxidant, disease prevention, immune booster, mind, beauty, strength and weight loss.

She says about 60 percent of the recipes in “Age GRACEfully,” her first book, were her mother’s, a Kapampangan. As most Filipinos know, Kapampangan cuisine is very flavorful but also very rich, many dishes smothered in thick sauces. “Age Beautifully” is based more on American favorites “with a little oriental flare.” A third book, which is already being written, will be more Mediterranean in flavor.

Ouano says she embarked on her campaign after both her parents died of cancer and she developed some immune problems, as well as gaining several extra pounds.

She says people should start changing their lifestyles and eat healthy, cutting down on salt and sugar, particularly, when they reach 40 to make aging less stressful and dreadful. They can “cheat” once or twice a week and treat themselves to their favorite comfort food, but a healthy diet should be part of their routine when they hit 40.
—CONTRIBUTED

“Age Beautifully” is available in hardcover and e-book. Visit www.FoodTrients.com

Grilled Artichoke
with Moringa Dip
“In this tasty appetizer, I pair moringa—which is loaded with protein, calcium, iron, vitamins A and C, and potassium—with artichokes, which add lutein and fiber. I like to steam the artichokes first and finish them on the grill, but you can omit this step to save time. Add other grilled vegetables such as red bell peppers, zucchini and asparagus to expand on this delicious party food.”

Procedure
1. Preheat grill. Cut each steamed artichoke in half and remove the choke.

2. Brush each artichoke half with olive oil and grill over medium heat, cut side down, for two minutes. Set aside.

3. To make the moringa dip, combine the remaining ingredients in a small bowl and mix with a wooden spoon.

“The idea for this combination comes from a very talented Mexican chef who owns an upscale restaurant in Santa Barbara. The pomegranate seeds add a spectacular, tart crunch to this otherwise mild dip. I serve this dip with blue corn chips, which add a splash of color and are higher in antioxidants than yellow chips.”

BENEFITS: Avocados are full of monounsaturated fats, which help protect the skin from the aging effects of the sun. The anthocyanins in pomegranates have anti-inflammatory effects and have been linked to helping reduce the risk of cardiovascular disease, cognitive decline and cancer. Blue corn chips provide even more anthocyanins.

1. Mash the avocado, lemon or lime juice, salt, and pepper.

2. Fold in the remaining ingredients. Serve with tortilla chips.