Sisters with disability in China make a living by singing in live-stream videos | Lifestyle.INQ ❮ ❯ 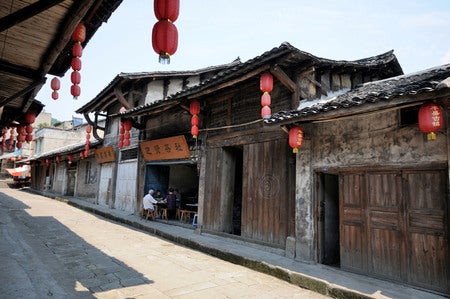 Three sisters have garnered a huge following — 260,000 fans, to be exact — after finding their niche in live-stream videos.

Before discovering live-streaming videos, the sisters used to just spend their days lying in bed. Their disease was so severe it left them stunted and unable to walk, thus never having the opportunity to attend school. The sisters, however, learned to read on their own thanks to the television.

Today, the sisters are internet stars through their video channel, where they share clips of themselves telling stories and singing songs.

“Although we are disabled and haven’t gone to school, our souls are healthy,” one of them was quoted as saying. “We like singing and good things. We have a warm family. We love our parents and our younger sister. We also love making friends.”

The sisters are cared for by their 57-year-old father, Peng Boxiang, who retired as a construction worker more than a decade ago due to an accident. Their 54-year-old mother Jiang Tinglan, on the other hand, is a babysitter in a town kilometers away, and only gets to visit them once a month.

Brittle bone disease affects one in 15,000 people in China, according to the report. Unlike the sisters, their parents and their younger sister do not have the disease. Meanwhile, the three sisters suffer from fresh fracture regularly, about twice a month, leaving them in intense pain.

Their live-stream videos have been a big help to their lives, allowing them to earn about 100 yuan (around $14) a day by selling snacks online. They, too, receive donations and gifts from their fervent viewers. Cody Cepeda/JB