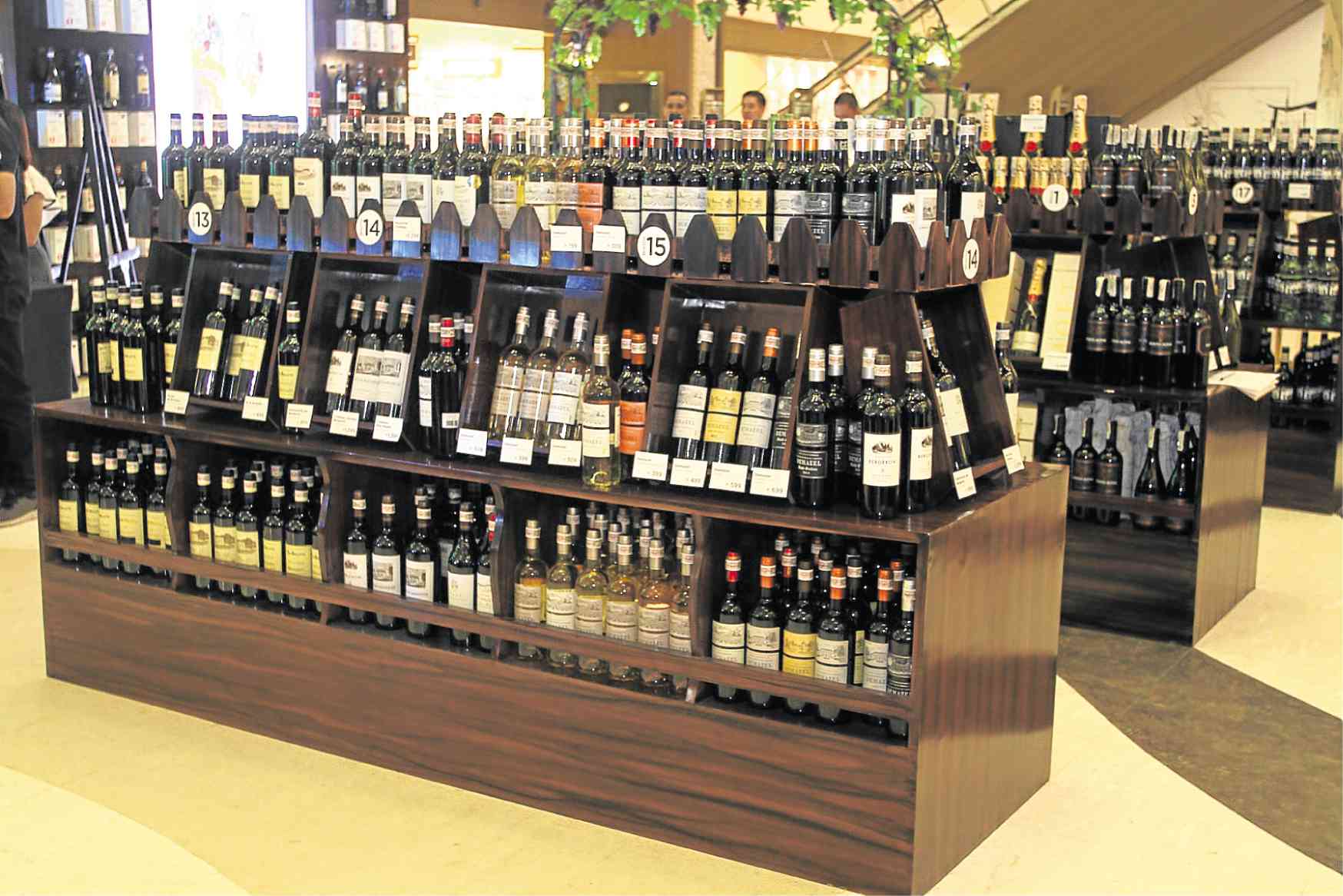 Don’t let the bad news put you down. Get merry ahead of the season of glad tidings at the Happy Wine Festival, ongoing till Oct. 7 at all branches of Marketplace by Rustan’s.

Representatives of winemakers and their local distributors gave visitors crash courses on the features of their distinctive premium products sourced directly from estates.

The Atrium was transformed into a mini-winemaking place as guests smelled and sampled the different products on display.

“We are very excited to bring back World of Wine for the second year,” said Arleen Aldaba, chief executive officer of Rustan Supercenters, Inc. “Marketplace by Rustan’s is passionate about giving shoppers the platform to enjoy wine culture at its finest, and that’s why we continue to bring the best wines and winemakers from all around the globe closer to their reach.

“This year, there is an even better selection of wines, more experts to learn from, and more exciting prizes and promos.”

Australian Senior Trade Commissioner Elodie Journet spoke of how wines had helped cement trade relationships between the Philippines and her country. She noted that Australian wines were growing in popularity in the Philippines.