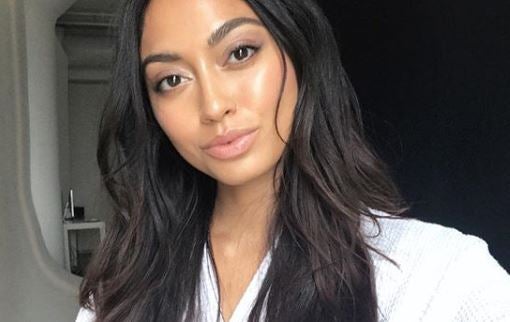 Filipino-Italian model Ambra Battilana Gutierrez was one of the accusers of fallen movie mogul Harvey Weinstein. Gutierrez has claimed that Weinstein groped her during a meeting in his office in Manhattan, New York City back in 2015.

Investigators conducted a sting, which saw Gutierrez recording an encounter with Weinstein, who kept persuading her to come inside his hotel room despite telling him no many times. The audiotape of their encounter was published on The New Yorker in October 2017. Despite the audiotape, however, no charges were brought against Weinstein because the district attorney concluded that the evidence was insufficient.

A year later, things appear to be look better for Gutierrez. It was back in August when she surprised her fans on social media that she is modeling for Victoria’s Secret. In her Instagram post then, Gutierrez shared a picture of her on set where she posed wearing Victoria’s Secret underwear.

Many congratulated her for her feat, as she now joins the likes of  Miss Universe 2012 1st runner-up Janine Tugonon and Filipino-American model Kelsey Merritt who have also modeled for the brand.

Gutierrez has since gone on with her journey as a supermodel and shares scenes from her Victoria’s Secret photo shoots to her fans from time to time. Her latest photo shoot, posted Sept. 13, was taken by fashion photographer Max Papendieck and showed Gutierrez looking sultry yet carefree, as she posed wearing Victoria’s Secret underwear.

Last August, she also posted a photo of herself modeling a black number from the lingerie brand.

Gutierrez is currently in Manila, as shared on her Instagram Stories today, Oct. 4. Based on her updates on Instagram, Gutierrez also recently appeared on TV5 for an interview.

Meanwhile last April, Gutierrez spoke in the panel of the Women in the World summit in New York City. She was joined by fellow Weinstein accusers actress Asia Argento and Laura Boldrini, a member of Italy’s parliament and advocate for women’s rights.

The three women spoke of the backlash and threats they received after they came forward about the sexual harassment and assault they underwent. They also spoke about the efforts they took to overcome these. JB

Women in the World Summit: Weinstein accusers speak out