Norwegian jailed for sawing next door's shed in half | Lifestyle.INQ ❮ ❯ 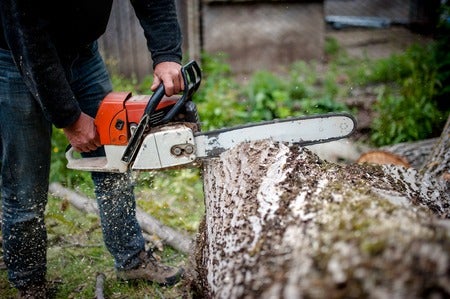 Norwegian jailed for sawing next door’s shed in half

It’s a feud that turned extreme: a 44-year-old Norwegian was on Tuesday sentenced to four months in prison for sawing his neighbor’s wooden shed in half.

An Oslo court of appeal found former fund manager Arne Vigeland guilty of property damage and increased a sentence already handed down by a lower court.

“The damages also involved extensive physical destruction on the aggrieved’s house, which was also their childhood home,” the verdict said.

Vigeland bought a plot of land on Nesoya island, 19 kilometers (12 miles) southwest of Oslo in 2010.

But his anger built up over the allegedly encroaching and decades-old shed to the extent that four years later he chopped it in two while the owners were on vacation abroad.

His rage also extended to other neighbors, the court heard, with the accused taking down their stone wall, two trees and fruit bushes.

The judges said the verdict should have been six months in prison, but was reduced to take into account delays in the judicial process.

The case could however now end up in the Supreme Court, Norway’s highest court. KM