A few days ago, former Dior Homme and Yves Saint Laurent creative director Hedi Slimane, the newly appointed artistic, creative and image director at Celine (where he immediately dropped the é), showed his first collection for the house.  The show was the talk among industry insiders, but perhaps not in the manner Slimane would have wanted. The reviews online were savage, and to fans of former creative director Pheobe Philo, or Philophiles as they like to be called, the collection was a disaster.

For the past decade, the brand Celine was known for its elegant, minimalist yet feminine pieces, but a few days ago, with the exception of a few wearable pieces, these were replaced by gaunt models wearing what looked like high-street copies of leather jackets, sparkly sequined mini-dresses, the same skinny suits and ties—all looking exactly the same as what Hedi Slimane did at Saint Laurent during his tenure there a few years ago.

Robin Givhan of Washington Post said it best: “Though Celine has had other designers since its founder, including American Michael Kors, it was Phoebe Philo who transformed the brand in the modern era. She had a keen understanding of women’s lives—well, some women’s lives—and what they needed from their clothes to make those lives a little less complicated. Slimane doesn’t seem particularly interested in addressing the mundane issues in a woman’s life. His fashion is not here to solve your problems. Save your problems for your therapist. His designs are about his vision. They are not welcoming. They exist behind the velvet rope. They are the after after party.”

To those who know and follow the work of the designer, Slimane has had a consistent vision that he’s brought with him from Dior Homme to Yves Saint Laurent (which in his tenure was shortened to Saint Laurent) and now to Celine.

But there’s the rub; when Slimane left Yves Saint Laurent in 2016, his replacement Anthony Vaccarello didn’t stray too much from the direction of his predecessor. The result? Like Valentino and Dior under the direction of its former designer Maria Grazia Chiuiri, we have another set of brands with a similar, if not identical, aesthetic.

A few days before Slimane’s Celine debut, Vaccarello unveiled his Spring 2019 offering for Saint Laurent in view of the famous Eiffel Tower, with models strutting on a water-covered runway lined with white palm trees, the sexy rocker look reminding one of Slimane’s rebrand of Saint Laurent.

Later at Celine, it was as if the collection was something people saw a few days prior, not to mention its similarity (pointed out in detail by @diet_prada) to Slimane’s collections during his tenure at Yves Saint Laurent.

How will this redundancy affect both brands? Will retailers choose one over the other, or would one brand need another change in direction? Eyes are on Slimane, who can manage to make a media ruckus out of the deletion of the accent on the letter “e,” and attempt to resurrect the age of the “It” bag—again with  designs clearly derived from iconic bags such as Hermès’ Kelly and Chanel’s 2.55 bag. If there is one thing that Slimane can do, however, it’s bring in the numbers. Reports have stated that sales at Yves Saint Laurent almost doubled during his tenure, which is probably why Vaccarello worked his designs around this profitable formula. With designers playing musical chairs and moving from one brand to another, it’s not unlikely that we will be seeing clothes that look like more of the same.

Meanwhile, for the mourning Philophiles, what alternatives are out there? My vote goes to either Jonathan Anderson’s Loewe, Clare Waight Keller’s Givenchy, the Olsen twins’ The Row, Hermès under new designer Nadège Vanhee-Cybulski, the chic yet wearable designs at Dries Van Noten, and dare I say, Victoria Beckham, who recently celebrated her brand’s 10th anniversary to much fanfare. 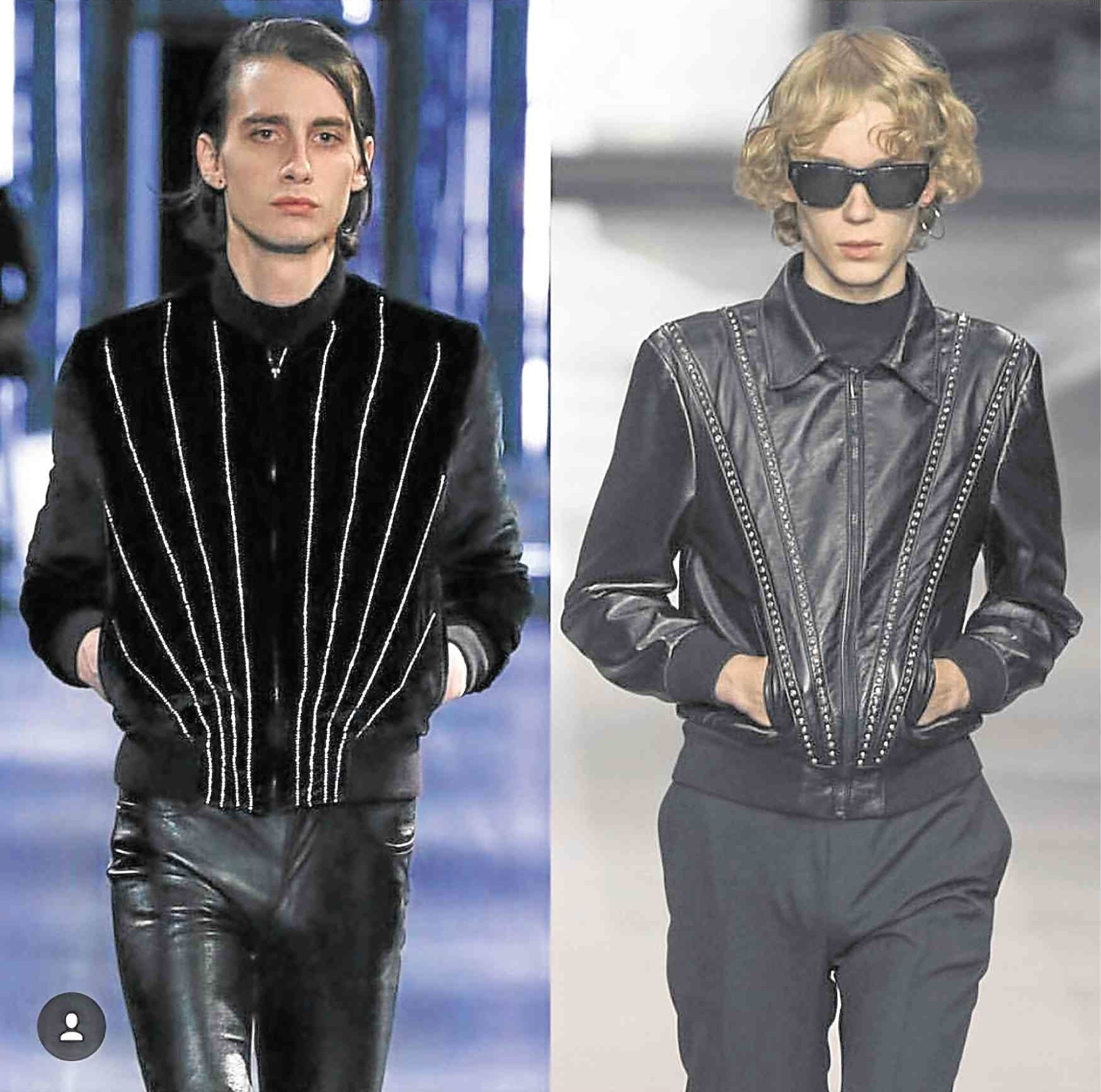