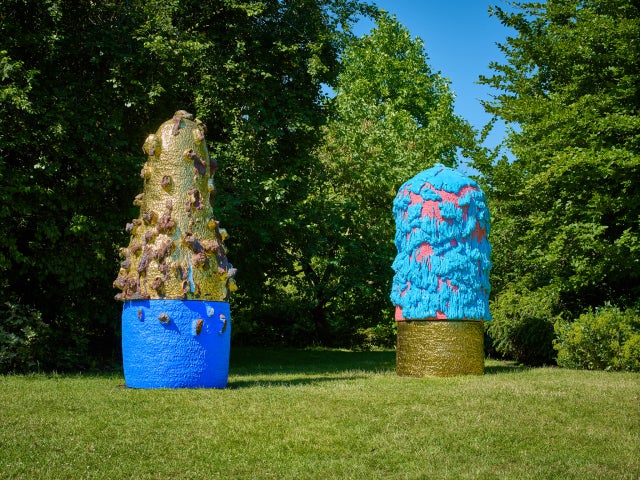 The art world descended on London this week for the Frieze Art Fair, with over 160 top international galleries making their pitch to dealers, artists and assorted eccentrics.

Alongside the US and European powerhouses are scores of galleries from outside the traditional hubs of the industry, flexing their increasing muscle on the world stage.

“The presence of non-western art is very strongly felt across the fair,” Shanay Jhaveri, a curator at New York’s Metropolitan Museum of Art, told AFP on Thursday.

“There is a gradual shift that is taking place, there is growing integration of non-western work.”

The event at Regent’s Park in London comprises the main Frieze, which focuses on contemporary works, Frieze Masters, which showcases more traditional art, and Frieze Sculpture — with over 1,000 artists on display in total.

The event attracts dealers looking for the next masterpiece or breakthrough artist, but also tens of thousands of champagne-drinking enthusiasts, giving it a festival feel.

Top New York galleries including Gagosian, David Zwirner and 47 Canal all have booths at the event, along with London’s White Cube and Victoria Miro.

They rub shoulders with galleries from India, China, Mexico, South Africa and Guatemala, among other countries, reflecting the rise of artists and buyers in those markets.

Among the works on display are US artist Josh Kline’s “Unemployed Journalist”, which explores the rise of automation and its possible effect on middle-class employment.

The work is a 3D-printed mannequin of a middle-aged reporter wrapped up in a plastic bag slumped on the floor.

Mumbai’s Project 88 gallery, which has helped boost Indian art at Frieze over the past 10 years, has works from five artists, including Sandeep Mukherjee’s “Tree Skin” — six aluminium panels molded into an organic tree-like form.

Gallery owner Sree Goswani told AFP that London’s “unique history” with India meant that Frieze was the ideal place to show off their works.

“Each region in the non-west has its own economy, or community or ecosystem,” Jhaveri said.

“They operate within those, so their perspectives are different, their relationship to scale — literally and metaphorically — is different as well.

“You see that variation — the use of material, the concerns they are engaged with, which are manifold,” he added. CC

A global art project: What makes the world smile?