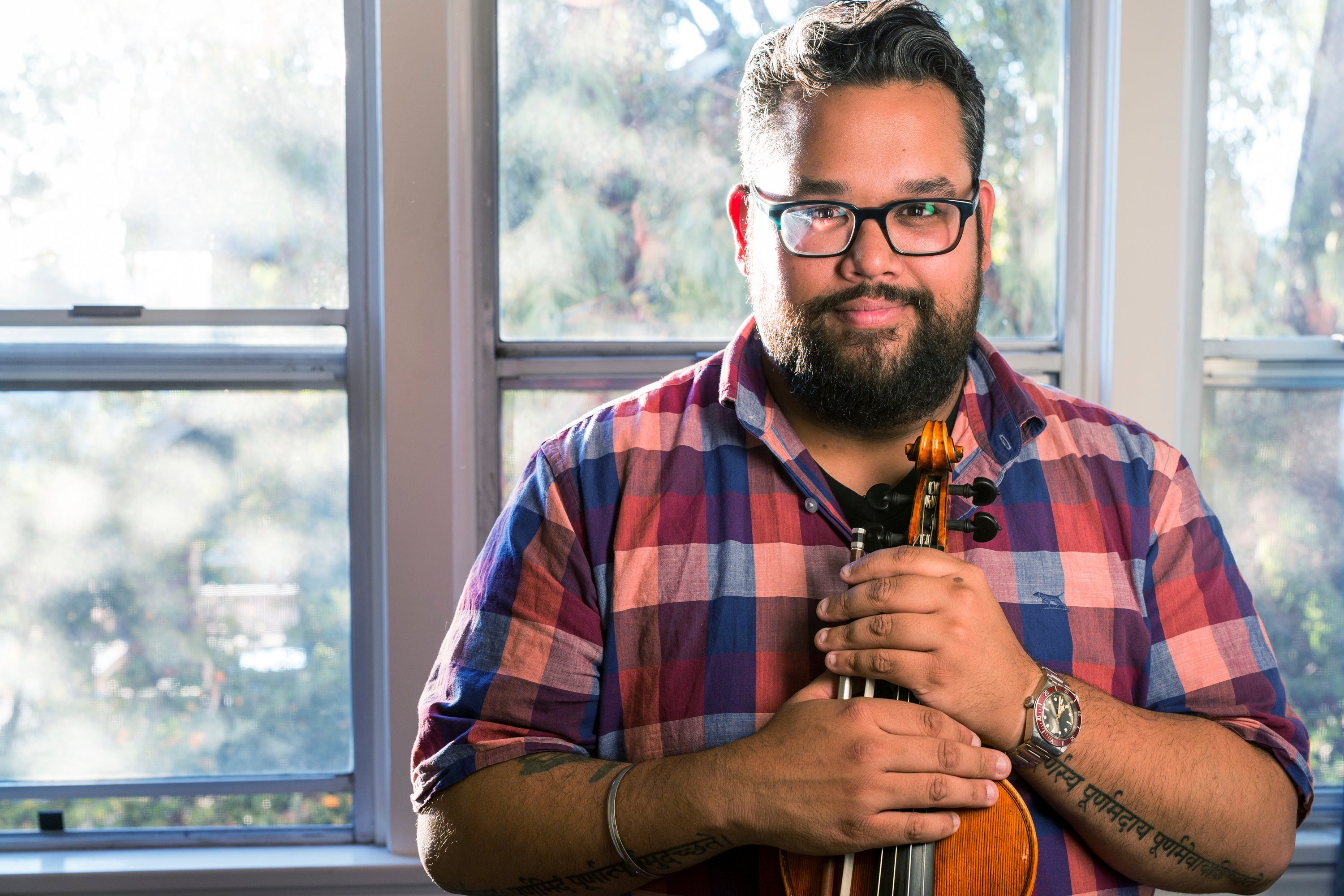 CHICAGO (AP) — A violinist who organizes concerts for the homeless, a professor whose research is being used to increase access to civil justice by poor communities and an activist pastor are among this year’s MacArthur fellows and recipients of so-called genius grants.

The John D. and Catherine T. MacArthur Foundation on Thursday named 25 people , including academics, activists, artists, scholars and scientists, who will receive $625,000 over five years to use as they please.

The Chicago-based foundation has awarded the fellowships each year since 1981 to people who have shown outstanding talent to help further their creative, professional or intellectual pursuits. Potential fellows are brought to the foundation’s attention by an anonymous pool of nominators. Those selected are sworn to secrecy until their names are announced.

Los Angeles Philharmonic first violinist Vijay Gupta said he was “pretty overwhelmed” when he told he was named a MacArthur fellow. He received the honor for being the co-founder and artistic director of Street Symphony, which has performed at homeless shelters, jails and halfway houses for about eight years.

“They have reminded me why I became a musician,” Gupta said of the homeless. “Artists have a role in telling the truth about what is happening in our world today.”

Gupta, 31, said he got the idea for Street Symphony while giving lessons to Nathaniel Ayers, a Juilliard-trained musician whose mental illness led to homelessness and who was the inspiration for the movie “The Soloist”.

“I grew up around mental illness,” Gupta said, noting that he has experienced it. “Our goal is to find more artists aching to have not only their artistry, but also have their human story told as well.”

Gupta, who won a spot in the LA Philharmonic at age 19, said he has no idea how he will spend the money, but that it gives him the opportunity to reflect.

“I’ve been a performer my entire life, playing the violin at 4 years and on the stage at 7,” he said. “I’ve never had a chance to sit and reflect on what my life will be like. This gives me some space to breathe, plan and look ahead.”

Another fellow is Rebecca Sandefur, an associate professor of sociology and law at the University of Illinois Urbana-Champaign. She was told of the award by the MacArthur Fellows Program’s managing director, Cecilia Conrad, who happened to be on campus and had asked to meet about an unrelated matter.

“It was an extraordinary experience and a complete shock,” Sandefur said. “It was not something you would expect.”

Sandefur’s research is promoting a new approach to increasing access to the justice system by poor communities. She created the first national mapping of civil legal aid providers, revealing which states had the resources to provide such aid and which didn’t. She also determined that cost is only one of many factors that inhibit the use of lawyers by the poor. Among the others are an aversion to lawyers, a fear of and pessimism about the fairness of the legal system, and a lack of understanding about what constitutes a legal issue.

“It affects millions of people as well,” she said. “A person could lose a house or get evicted, not see kids after a divorce proceeding or get unemployment insurance that they are owed.”

Sandefur said the award would be important in helping advance her work.

“We are going get some action on a problem that’s been around a long time,” she said.

Fellow Gregg Gonsalves, 54, is a global health advocate and assistant professor of epidemiology at Yale University. A longtime HIV/AIDS activist, his work focuses on the use of quantitative analysis and operations research to improve responses to global public health challenges. He co-founded the Global Health Justice Partnership at Yale to advance human rights and social justice perspectives in public health and legal research and teaching.

Another of this year’s recipients is Matthew Aucoin, a 28-year-old composer, conductor and artist-in-residence at the Los Angeles Opera. Aucoin composes instrumental works, ranging from pieces for solo performers to compositions for chorus and orchestra. His operatic work “Crossing”, which drew from Walt Whitman’s diary entries during his Civil War work tending to wounded soldiers, premiered in 2015.

Ken Ward Jr., an award-winning reporter at the Charleston Gazette-Mail and formerly the Charleston Gazette, was the only journalist on this year’s list. The foundation said Ward was selected because he excels at “revealing the human and environmental toll of natural resource extraction in West Virginia and spurring greater accountability among public and private stakeholders.”

Also named a fellow was William J. Barber II, pastor of Greenleaf Christian Church in Goldsboro, North Carolina, and founder of Repairers of the Breach, a leadership development organization. In 2017, Barber began a series of “Moral Monday” rallies outside the North Carolina state Capitol to protest laws that suppress voter turnout.

Reached by phone Thursday after the fellows were announced, Barber was participating in — and getting arrested at — a “Fight for $15” minimum wage protest outside of the Chicago corporate headquarters of McDonald’s. He told The Associated Press that the honor just means he has more work ahead of him, not less.

“They don’t share these grants so that you sit down. They hope and believe you will do more things,” said Barber, who co-chairs the Poor People’s Campaign, a revival of the movement started by the Rev. Martin Luther King Jr. just before his assassination. CC

IISA: The three movements of Danao, Dumas, and Dancel