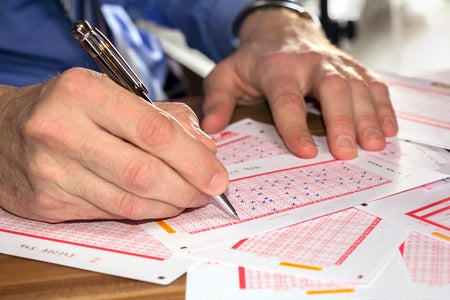 As Filipinos are placing bets hoping to snag the 6/58 Ultra Lotto—with even President Rodrigo Duterte reported to place numbers on—one man from Connecticut, USA, was unaware for four months that he had won $1 million (around P54.2 million) in a lottery.

Charles Dudley of Redding said he was cleaning his wallet when he noticed the winning ticket. He told lottery officials Thursday that he forgot he bought a Powerball ticket after he stopped by a store to buy ice cream.

“I checked the winning numbers on the Lottery’s website and couldn’t believe it,” Dudley said of his winning moment. “I checked it over and over. The numbers were a match.”

When Dudley found the ticket, it was only 23 days away from expiring. Dudley lost no time in claiming his prize.

“It didn’t feel real, though, until I checked the location of where the ticket was sold,” Dudley said. “It was where I bought my ticket.”

The location where he bought the ticket, Georgetown Shell, will receive $2,500 (around P135,500) bonus from the lottery as a result of Dudley’s win.  /ra