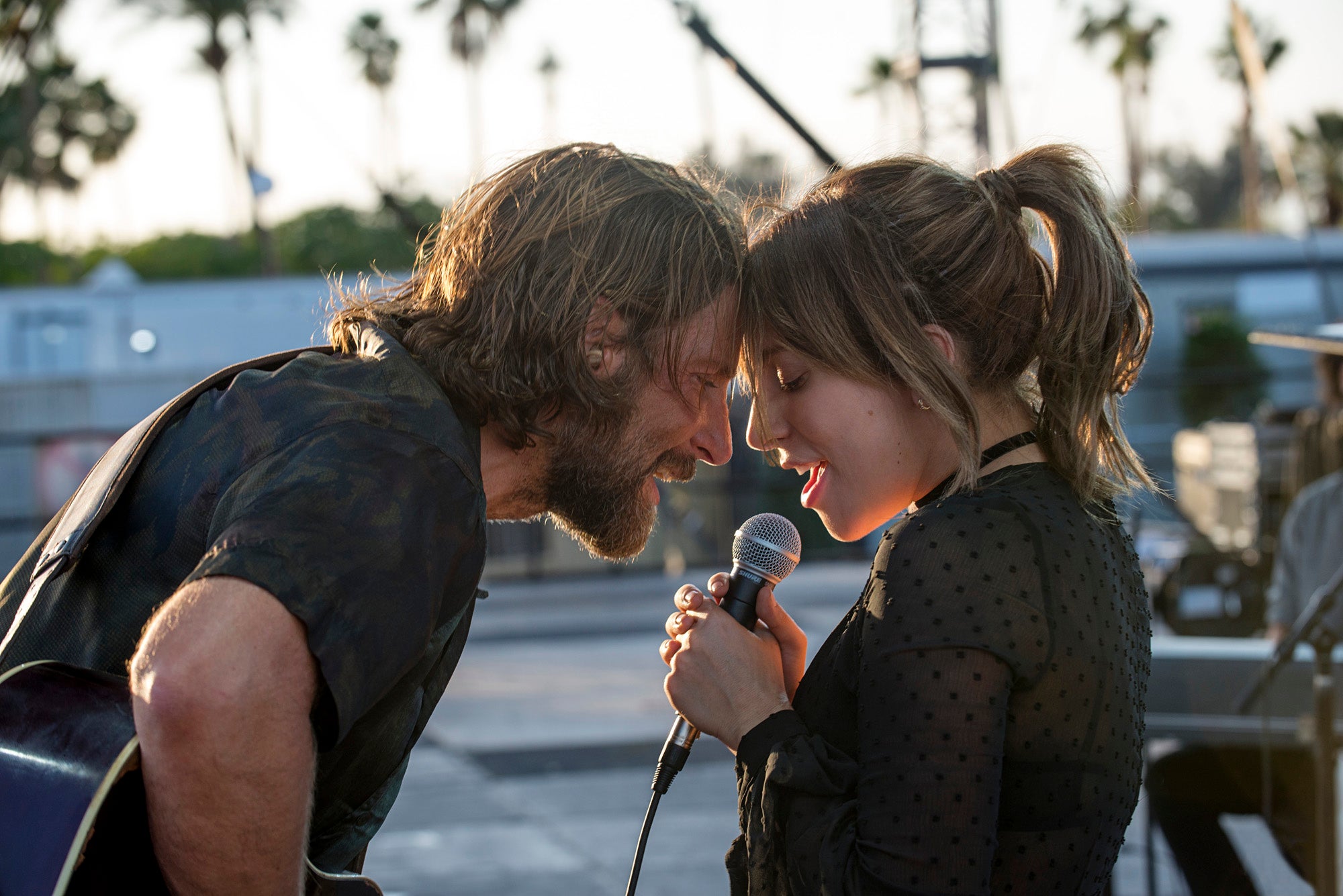 There is something truly elemental in the story at the heart of any version of “A Star is Born.” The idea of a talented unknown being discovered and enabled by a troubled, fading star pulls at the bright and dark in all of us, and this is why there had already been three incarnations of the movie: the 1937 original starring Fredric March and Janet Gaynor, the 1954 film starring James Mason and Judy Garland, and the 1976 film starring Kris Kristofferson and Barbra Streisand.

Each iteration of “A Star is Born” resets the tale amid the conventions and trappings of celebrity success is each of those eras. Each one features a killer soundtrack that reflects the tastes of each era. Each one highlights the supernova debut of a transcendent female lead.

All those are true for this “A Star is Born.”

Ally (Lady Gaga) is a talented waitress who writes songs in her head and sings on the side. A random meeting with an alcoholic country superstar named Jackson Maine (Cooper) changes her life as Maine, smitten and inspired, takes her on tour, collaborating on songs and launches her career. But as Ally’s career skyrockets, Maine plummets, and soon the intersection between her ascent and his descent leads to unthinkable territory. For those familiar with any of the previous four movies—yes, the plot is virtually the same. That means this “Star” is a five-handkerchief-worthy weeper.

It is also a rousing musical spectacle. The film stages its bare, quiet scenes between truly believable musical numbers, with the songs, of course, reflecting what’s going on between Maine and Ally, with the songs written by Cooper and Lady Gaga along with a platoon of star hit makers such as Diane Warren and Mark Ronson, ranging from acoustic country crooning to pop-flavored dance-floor burners. We already all knew that Lady Gaga can sing—but wow, can she sing in this. A bigger surprise is Cooper, who had no previous musical training and had to learn to sing for this film. His drawling singing style is perfect for a character such as Maine (and so convincing that you could easily mistake “Maybe It’s Time” for a cover of a genuine country ballad instead of an original made just for this film). The 1976 version thrust its love theme, “Evergreen” as sung by Streisand, into musical legend. This “A Star is Born” thrusts the radio-friendly duet “Shallow” by Lady Gaga and Cooper into the same space.

The construction of “Shallow” also reflects the darker, more bracing nature of this “Star” compared to its predecessors, something that in turn reflects the difficult, bloodthirsty nature of the contemporary celebrity industry.

Little Monsters aside, viewers know Lady Gaga can act, as she’s appeared consistently on TV’s “American Horror Story.” But her take on Ally is jaw-on-the-floor authentic, compact in size and style, naked and natural. She is so good in this that you forget she’s THE Lady Gaga and wonder, “who is this talented newcomer?” Viewers will remember her come awards time as this is eerily the kind of star-making performance by the likes of Garland and Streisand in previous “Stars.”

It would then be so easy to ignore the seething, still and almost silent performance by Cooper (worth an another Oscar nom, cough, cough) as the self-destructing Maine. He lowers his screen wattage just right to highlight Lady Gaga, and yet completes the picture.

That’s not his most impressive achievement in “Star.” This is Cooper’s directorial debut, and you’d never know it. “Star” is filmed with a barebones focus and deep emotion that one wouldn’t expect from a neophyte filmmaker. In particular the outdoor concert scenes, filmed at events like Coachella with the cinematographer Matthew Libatique’s help) exemplify how real “Star” is. Cooper, who also helped write the film, had to contest with the movie’s predictability (there were three versions after all) and the film’s tendency to swerve into melodrama (it’s built into the original premise after all). But Cooper’s decisions to take the film into darker territory, the magnificent soundtrack and Lady Gaga’s startling presence allow this remake to overcome its challenges.

Come for the music, stay for the story. Don’t forget the hankies. It speaks to the universal nature of the drama behind “A Star is Born” that four movies, made across almost a century, all work, perhaps hinting that the blood, sweat and tears necessary in the cycle to become a star remain true now as it did then. But this is our “A Star is Born,” a very modern tale of triumph and tragedy, of brightness and darkness, of love and loss, headlined by a musical superstar who embodies modern music and handled by a director who understood the heights and depths of what he’s shooting.

Warner Bros.’ “A Star is Born” opens in cinemas on October 10.