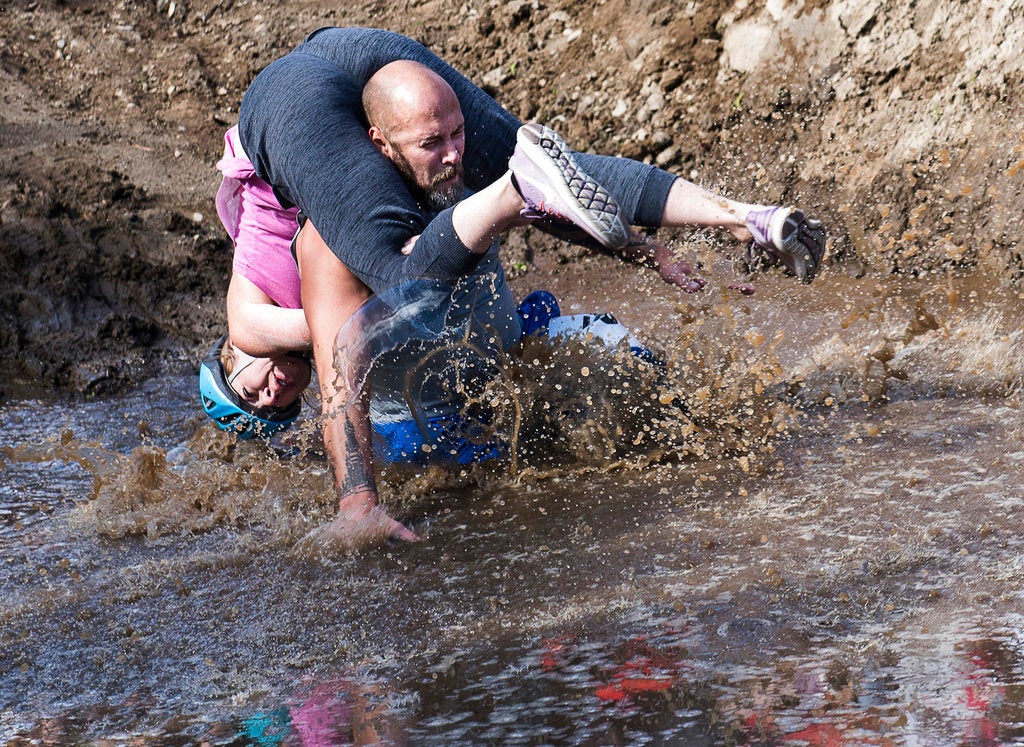 Sara Willey heads for her first face plant as she falls of her husband Ezra's shoulders during the North American Wife Carrying Championship at the Sunday River in Newry, Maine, Saturday, Oct. 6, 2018. The couple, from Bangor, were competing in the 19th annual contest won by returning champions Jesse Wall and Christine Arsenault, of Team Cure Mito from Oxford, Maine, who took home 12 cases of beer in addition to five times Arsenault's weight in cash. (Russ Dillingham/Sun Journal via AP)

NEWRY, Maine (AP) — Baseball’s fall classic focuses on an American pastime. A Maine ski resort has its own fall classic based on a Finnish tradition.

More than 30 teams from Maine to California participated Saturday in the North American Wife Carrying Championship. The event at the Sunday River ski resort featured male competitors completing a 278-yard obstacle course while carrying a woman.

The legend behind the event is based on Finland’s “Ronkainen the Robber,” whose gang was known to pillage villages and take the women.

Jesse Wall and Christine Arsenault won the event. For their efforts, the South Paris couple received Arsenault’s weight in beer, and five times her weight in cash.

It was the second win for Wall and Arsenault, earning them another trip to participate in the world championship in Finland. NVG