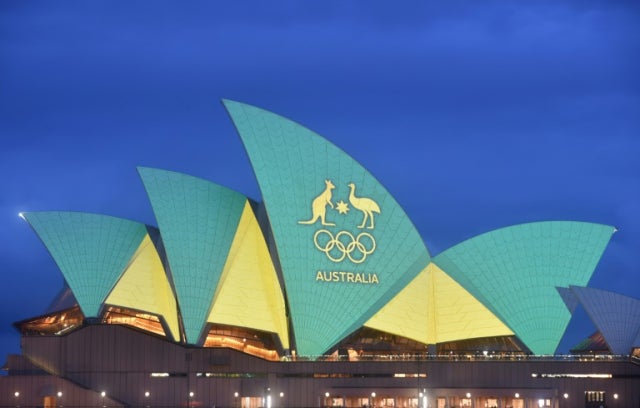 A government push to use the Sydney Opera House’s sails to advertise a horse racing event over the wishes of the building’s management has sparked uproar among many Australians over the commercialization of an iconic landmark.

The Aus$13 million (US$10 million) Everest race, which boasts the world’s biggest turf race prize, is due to take place in Sydney next week and organizers are pushing to promote it on the white wings of the Opera House.

Amid protracted negotiations, the state government stepped in late Friday to force the management to allow for the race’s trophy, colors and numbers to be projected onto the white wings of the structure early next week.

The wings have been lit up previously to promote other major sporting events, including the Olympics, but Opera House chief executive Louise Herron said before the government’s intervention that she did not want the building to be used as an advertising “billboard”.

“If we said yes to this, ‘we’re fine to put the Everest logo on there’ our policy is worthless to us, we’re just going to allow whoever comes along to use the Opera House as a billboard, we would lose our World Heritage status,” she told local media.

“We would be seen in the global community as not respecting this jewel, this masterpiece of human creative genius that is the greatest building of the 20th century.”

NSW Minister for Racing Paul Toole defended his government’s decision, saying there was “no way this is devaluing the Opera House”.

“When you have a look at The Everest, it is the richest race on turf in the world which is bringing in tourists and visitors,” he told the Sydney Morning Herald.

“Promoting The Everest this way is consistent with other events we’ve promoted on the Opera House such as the Mardi Gras, the Wallabies, The Ashes, and Chinese New Year.”

The state government was backed by Prime Minister Scott Morrison, who said Sunday the Opera House promotion was a “no-brainer”.

“This is one of the biggest events of the year. Why not put it on the biggest billboard Sydney has,” Morrison, a former head of Tourism Australia, told reporters.

“It creates jobs. This isn’t about advertising a packet of chips…. Frankly, I thought it was a no-brainer. I can’t work out what all the fuss is about.”

But Sydney Lord Mayor Clover Moore said Saturday the projects were “blatant commercialization” while a change.org petition against the move has attracted more than 40,000 signatures in two days.

“Sydney’s landmarks are not the playthings of those with money, they are ours and let’s keep it that way,” petition creator Mike Woodcock wrote.

The Everest, which ran its inaugural race last year, is run over 1200 meters (3/4 mile or six furlongs).

Local media reported that the government did not acquiesce to a request from race organizers to beam the names of horses on the building.

“The version that is going to be displayed on Tuesday is much toned down from what the government was first presented with,” the Herald reported NSW Premier Gladys Berejiklian as saying Sunday. NVG