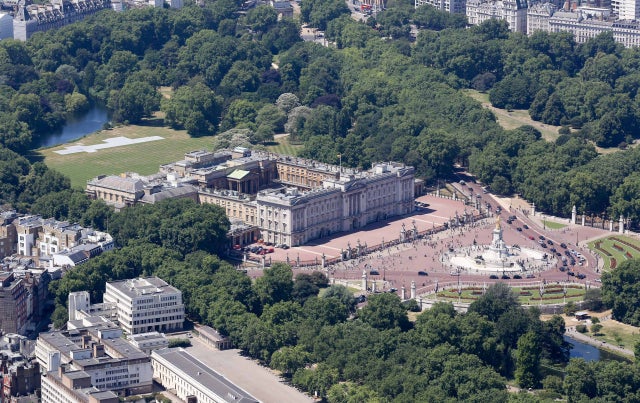 Thousands of works of art, clocks, chandeliers and furniture have begun being removed from Buckingham Palace as part of a major refit, royal officials said Friday.

More than 200 rooms over six floors of the east wing, which faces out onto The Mall, will be emptied over the next six months to prepare for the replacement of aging electrics and pipework.

Objects being removed include 200 paintings, 40 chandeliers, 100 mirrors, 30 clocks, 200 books, 40 historic textiles and 560 items of everyday furniture, from beds to desks and chairs.

It is part of a £369 million ($481 million), 10-year project to upgrade Queen Elizabeth II’s London residence, which officials fear is at risk of a “potentially catastrophic” failure that includes fires and floods.

Some of the most urgent work has already been carried out, notably removing 3,000 meters (yards) of decades-old rubber cabling, which has become cracked, leaving the electrical wires exposed.

The rest of the renovations will be done wing by wing, although the State Rooms will be dealt with incrementally to ensure they remain open for formal banquets and public tours.

The queen’s private apartments in the north wing will be done last, in 2025, when the monarch, now 92, will move to another part of the building.

Her husband Prince Philip, who was involved in the repairs of Windsor Castle after a major fire there in 1992, has been keeping a close eye on the project, the official said.

So has the queen’s son and heir Prince Charles. It is possible that he will be king before the renovations are finished.

The refurbishment program began in April 2017, after parliament agreed the funding, and officials have spent much of the time since in detailed planning.

After the fire at Windsor, the queen’s weekend residence, there was a public outcry when it initially seemed the state would fund the repairs.

In the event, the queen agreed to pay the bulk of the cost, opening up Buckingham Palace to visitors in the summer to help raise funds.

Around the same time, she also agreed to pay a voluntary tax on her private income for the first time.

Funds for the current project will come from increasing the share the royals receive from the Crown Estate, which manages royal properties, from 15 percent to 25 percent over the period.

The master of the queen’s household, Tony Johnstone-Burt, said that making this investment now would “avert much more costly and potentially catastrophic failure of the building in the years to come”.

Officials say it will also reap benefits by improving access to the palace, including adding new lifts and installing a more energy efficient heating system in the basement.

The cabling work so far has unearthed some asbestos, as expected, but also a few surprises.

Several old cigarette packets and an 1888 cutting from London’s Evening Standard newspaper were found beneath the floorboards, and mysteriously, a boat paddle was found behind a wall.

The “decant” of the east wing has already begun with the smallest items, and works on new boilers and generators will begin after the Dutch king and queen visit later this month.

Some of the 3,000 items being removed will be put elsewhere in the palace, or transferred other royal residences, with officials aiming to keep as much as possible on public display.

Around 150 items will be returned on loan to the Royal Pavilion in the seaside town of Brighton, where they were originally held before Queen Victoria sold the building in 1850.

Around 120 staff and around 40 people living in the upper floors will be relocated within the palace, but officials say it will otherwise be “business as usual”.

There will be little sign of the works from outside, although a base for contractors will be set up in the palace forecourt. NVG

Buckingham Palace to open gates to public starting this weekend