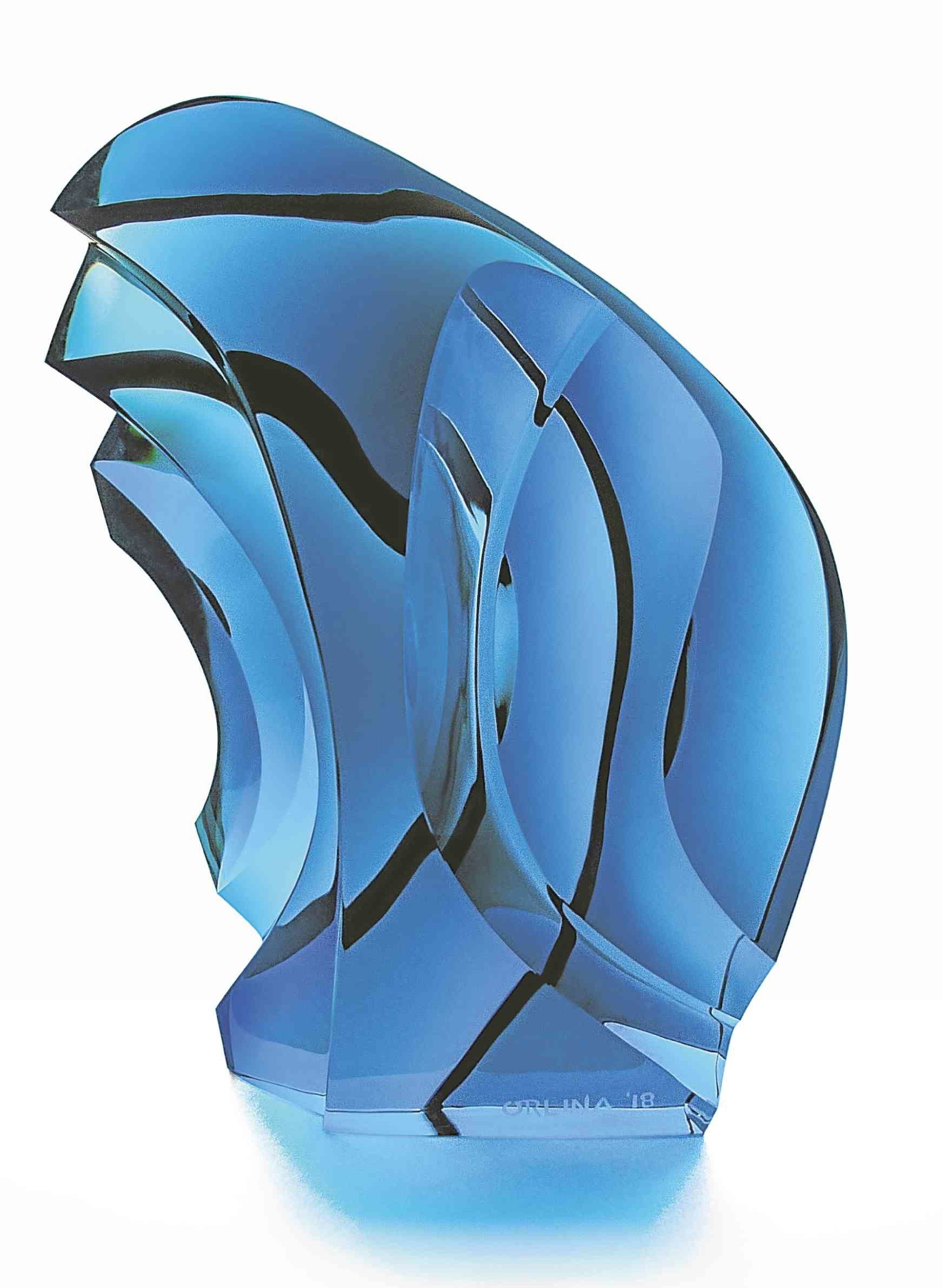 “Deep Into My Soul”

‘Apex’ of Orlina’s art of geometry and light on show

Celebrated glass master Ramon Orlina is at the peak of his form in “Apex,” an exhibit of his more recent works in glass cutlets and crystal blocks at the Galerie Raphael in the 10th edition of ManilArt Fair on Oct. 17-21, at SMX in SM Aura, Taguig City.

Seventeen geometric lucent masterpieces will be on sale during the pioneering and oldest art fair in the country.

“Deep into My Soul” is a blue whirl of undulation that mimics the movement of the firmament. Several ripples carved into the glass presumably represent the mysterious regions of one’s ephemeral emotions.

“Naesa” shows a curvature of an impending wave. The interplay of loops and arcs are quite apt as visual correlatives for the subject.

A similar piece is “Peaks of Splendour.” The wedges are amber crystal, and this synchronous multidimensional piece depicts a valley of gemstone formation.

Orlina’s geometric abstractions of glass are a conversation with the natural environment. In the hands of this master, glass becomes transcendent, a spectacle of wonder and profound beauty that invites dialogue and introspection.

Orlina’s geometric sculptures owe to his backround, having obtained his architecture degree at  University of Santo Tomas, where in the past both the architecture and fine arts programs were housed under one college.

Although more interested in the visual arts, Orlina became a licensed architect and joined a top firm. But in the 1970s because of martial law, he turned to the fine arts and pioneered glass sculpture.

Prolific even at the onset, Orlina’s pieces play on the interaction of geometric volumes in varying relationships to each other, with each work to be viewed from all angles and with generally no fixed base. Working at first chiefly in green and blue glass, he has since added the jewel tones of amber, pink  and unique shades of Mediterranean and cobalt blue to his prolific work.

Orlina’s “Apex” will be on view at Booth B1 of ManilArt 2018. –CONTRIBUTED