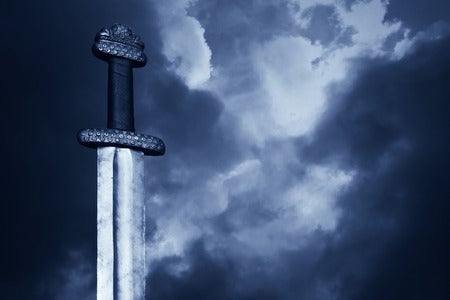 A little girl who found an ancient sword while swimming with her family in Smaland, Sweden during the summer can now reveal that her random find turned out to be a weapon over 1,500 years old.

Andy Vanecek shared photos of his daughter Saga and her sword on Oct. 3 via Facebook, almost three months after she originally discovered the sword in Lake Vidostern.

Vanecek wrote that the sword was “estimated to be about 1,500 years old, complete with its scabbard (sheath) made of wood and leather.” He added, “It is the first sword of its kind to ever be found in Scandinavia!”

Vanecek told Storyful that Saga is still oblivious of her fame following the discovery, writing, “I don’t think she realizes that it is news worldwide yet.” JB