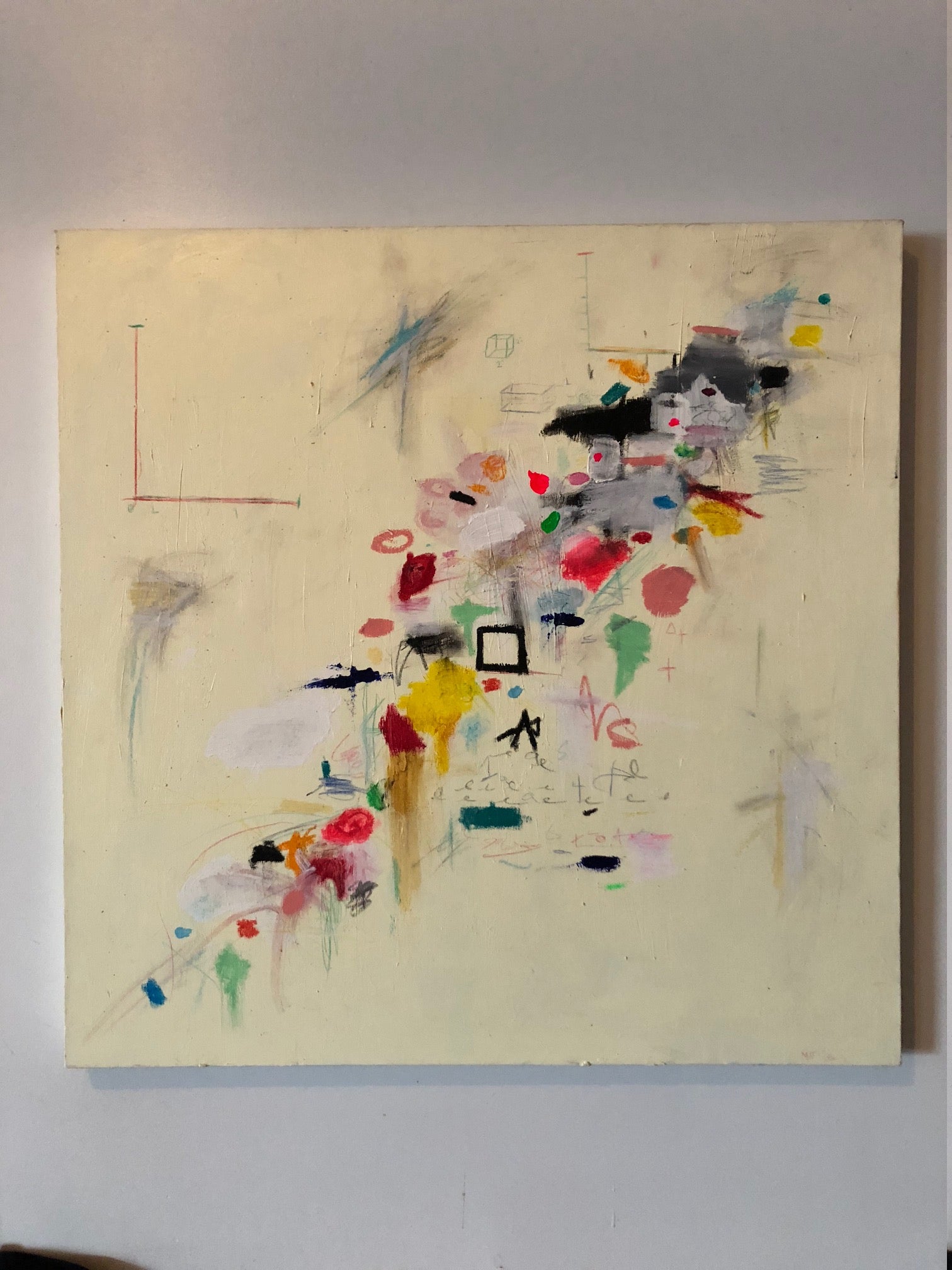 Good artists are few and far between. I know that’s a bold statement, but I feel that’s because today’s social media has made everyone’s self-expression accessible. It’s easy to look through your feed and see something pretty. But for something to stop you and make you feel certain things is quite difficult. Unless you are someone like Matthew Adam Ross.

In his early years, he was exposed to his mother’s creative energy. She was a watercolorist and would invite the young Ross to help her out. At 8 years old, he won a local art competition only to discover his love for art much later. In 2014, he had an exhibit in New York’s The Empire Hotel. His growth progressed quickly since then. In 2016, he got a residency at the Berlin Art Institute. Early this year, he was part of China’s CS FairDay.

Working with white paint and white pastel as his go-to materials, Ross cites Cy Twombly along with Dash Snow, Dan Colen and JIMJOE as influences. In an interview with Urban Outfitters, he also mentioned that he’s also influenced by Baroque painting, citing Caravaggio as a genius.

Ross’ works are marked by chaos that still somehow makes sense. They are colorful but not intrusive. I like how their difference in techniques also gives the interplay of textures. There is a right balance between skill and simply letting his intuition take him where it wants to go. There is a sense of how he’s constantly busy and how he tries to be a master over it.

He tells the magazine Flaunt, “I like working on multiple pieces at once, having tons of canvas and paper around me that I can alternate between. I usually will paint about 70 percent of a piece very quickly, and then the last 30 percent is an extended period of adding, taking away, yelling, wanting to destroy it, and then somehow figuring it out in the end… sometimes not.”

The artist also invited the audience into a room of interpretation, rather than making his own opinions the dominant one. I think he’s statement for his profile says it well:

Matthew Adam Ross will be having his Manila debut this month via an exhibition entitled “The Complexity of Nostalgia”. The exhibit will be at Manila House, with the opening event and artist walk-through slated on Oct. 9 at 6 p.m.