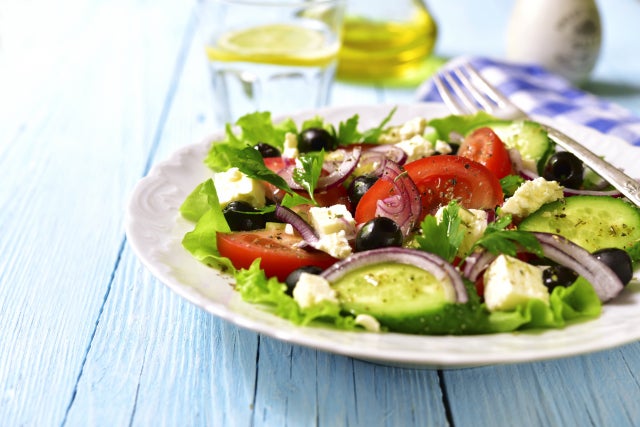 Mediterranean diet could prevent a leading cause of blindness — study

New research has found that following the popular Mediterranean diet may reduce the risk of developing the eye disease age-related macular degeneration (AMD), a leading cause of blindness in the United States.

Carried out by researchers at the Université de Bordeaux, France, and Erasmus University Medical Center, The Netherlands, the new study looked at nearly 5,000 participants who had participated in two previous European studies.

The findings, published in Ophthalmology, the journal of the American Academy of Ophthalmology, showed that the participants who closely followed the Mediterranean diet were 41 percent less likely to develop AMD compared with those who did not follow the diet.

In addition, the results suggested that the Mediterranean diet needs to be followed as as a complete diet plan, with the team finding that none of the individual components of the diet, such as fish, fruit, vegetables etc., lowered the risk of AMD when eaten on their own.

A Mediterranean diet encourages a high intake of fruit, vegetables, fish, pulses, olive oil and whole grains, and a low intake of meat, processed foods, and dairy products. Although previous studies have linked it to a reduced risk of heart disease, cognitive decline and cancer, and even a longer lifespan, only a few studies have investigated its effect on AMD.

The new findings now support and expand on previous research, suggesting that the Mediterranean diet is beneficial for both those already have AMD or are at risk of developing it.

AMD is a degenerative eye disease which causes loss of central vision, affecting everyday abilities such as seeing faces, driving, reading, and writing. It is also the leading cause of vision loss among people age 50 and older.

“You are what you eat,” said Emily Chew, M.D., a clinical spokesperson for the American Academy of Ophthalmology. “I believe this is a public health issue on the same scale as smoking. Chronic diseases such as AMD, dementia, obesity, and diabetes, all have roots in poor dietary habits. It’s time to take quitting a poor diet as seriously as quitting smoking.” CC

To help ward off Alzheimer’s, think before you eat