Student marries self after being asked often when she would tie the knot, have kids | Inquirer Lifestyle ❮ ❯ 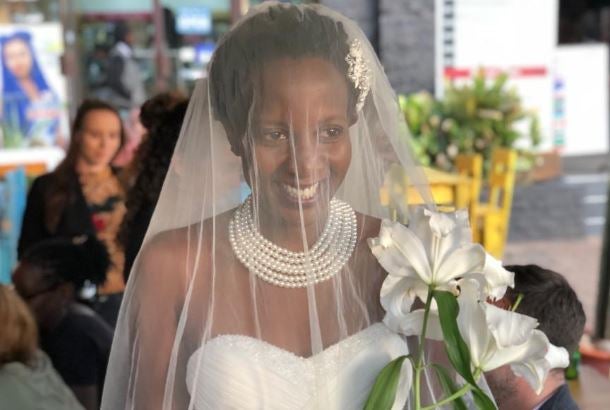 A 32-year-old Ugandan woman recently decided to marry herself to put at ease all the people in her life who would always ask her when she was going to get married and start a family.

Lulu Jemimah got accepted to the University of Oxford in England last 2017 under the two-year Master in Creative Writing program. Jemimah shared on her Go Fund Me page last Oct. 1 that she applied to three universities in the United Kingdom because there is no university in Uganda that offers creative writing at graduate level.

In what seemed like an impossible turn, Jemimah shared that she got accepted at Oxford, a reality that she still finds hard to believe until today. Despite this remarkable feat, however, Jemimah said that people would still often ask her what her plan is.

“When I plan to get married, have children and start a family,” she wrote. “They can’t imagine that what keeps me up at night is not the fear of never walking down the aisle.”

Jemimah shared that her father had already written her wedding speech when she was just 16. Her mother, meanwhile, often prays for her to find a good husband.

“I decided to put them all at ease,” Jemimah explained. “I got married on my 32nd birthday to the one person I am certain will take care of me.”

Officially married. There was no groom. One bride, one goal. Details here https://t.co/UrxNKc5K7x. Hopefully, I can now focus on the #MStCreativeWritingOxford #Masters @UniofOxford pic.twitter.com/tYPKrwhz5j

“Marriage is an expression of love and commitment. But for many people back home, it is still considered the only way to guarantee a woman’s financial security,” Jemimah said. “These are all things that I want.”

Her marriage cost only $2.62 (P142) as transport to the venue. Friends rented her gown and did her makeup. She borrowed jewelry and the reception had guests paying for their own bills.

It is not a man (or lack thereof), after all, that keeps Jemimah up at night, but the ordeal she faces in continuing her studies at Oxford. As per Jemimah, she needed £20,000 (P1.4 million or $26,000) for her tuition, but was not eligible for any scholarships and loans. She then decided to do one of the scariest things and turned to the public for help.

Thanks to the goodwill of strangers, Jemimah was able to secure her first year at Oxford — but now she has her last year to worry about.

“I must apply for visas every six months and with each chance I risk getting turned down on grounds of financial inability,” she revealed. “I have one more year to go and I must come up with the remaining tuition and college fees of 10,194.00 (over P722,000 or $13,000) pounds.”

As per Jemimah, she is not allowed to work in the United Kingdom, but must afford her creative writing course on an Ugandan salary.

“On two occasions, I slept in the college library because I could not afford a room and did not want to ask for help, yet again,” she said. “I am about to start my second year, but finishing this degree is impossible without asking for YOUR help.”

Woman marries herself in 2015, then cheats with a man two years later