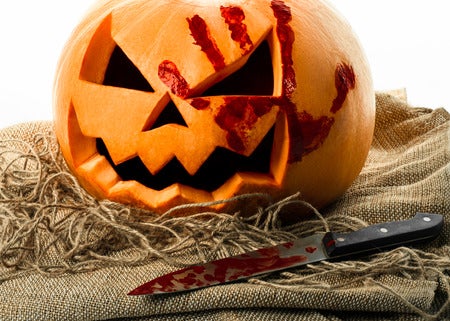 Halloween is fast-approaching and haunted houses are in the craze once more. One haunted house visitor in Nashville, Tennessee, however, got the shock of her life when she mistook a real knife for a prop and accidentally used it to stab her friend.

Tawnya Greenfield and her three friends went to Nashville Nightmare Halloween House on Friday, Oct 5, as reported by WZTV today, Oct. 10. While they were busy playing carnival-type games, an unknown man approached Greenfield.

Thinking the man was part of the characters in the haunted house, Greenfield entertained the suspect. The man asked her if one of her friends (identity withheld) was “messing with her.” She said “yes” and the man gave her a knife, saying, “Well here, stab him.”

Believing the knife she was given was a prop, she stabbed her friend, the report said. Greenfield even told the victim, “Ha, ha gotcha!”

However, she realized things were not as it seems after seeing her friend’s bloody left arm. The suspect who handed her the real knife immediately left the haunted house after the incident.

Greenfield maintained she did not mean to cause harm to her friend, the report stated. Meanwhile, her and the victim’s remaining two friends supported her story regarding the prop knife.

The victim was treated at Skyline Hospital. The suspect, on the other hand, is yet to be identified, as of this writing. Kate Matriano/JB

Fearless? Stay for 30 hours inside a coffin, dares amusement park