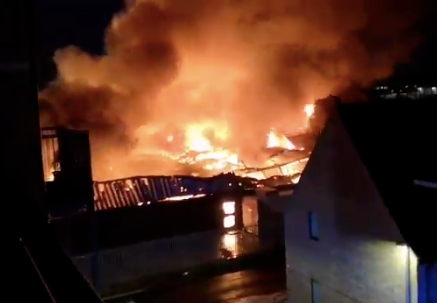 Image: Screengrab from Twitter/Kieran Down via Storyful

A fire engulfed a coffee warehouse and factory in Dartford, England, in the early morning of Thursday, Oct. 11. Kent Fire and Rescue Services said 12 vehicles, including 10 fire engines, were at the scene.

Several houses around the site were evacuated, according to the residents.

Kent Fire and Rescue Service informed the public that their crews were “making good progress” by 10 a.m.

“Neighbors are reminded to keep doors and windows closed due to smoke,” the service said. JB