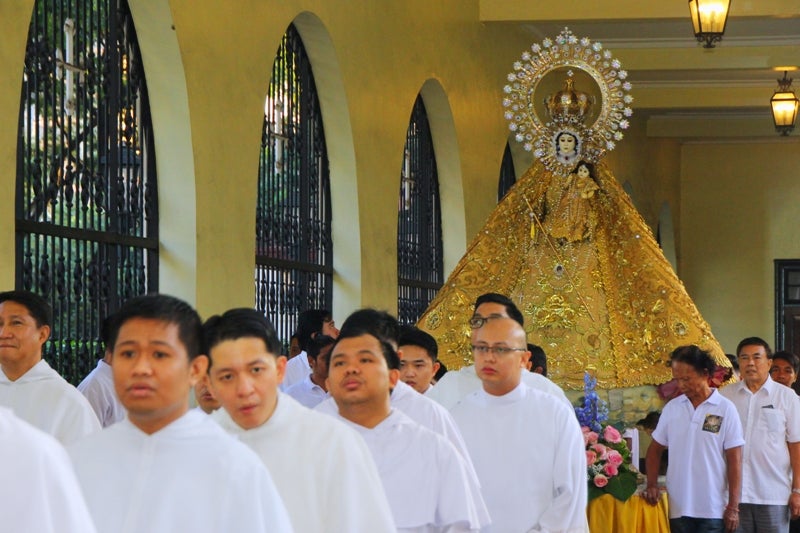 The feast of Our Lady of the Holy Rosario-La Naval de Manila is celebrated every second Sunday of October, and this year it falls on Oct. 14. Ttheme of this year’s celebration, “Maria: Huwaran ng Kabanalan (Mary, paragon of holiness),” enriches the commemoration of the 1646 Batallas de las Marinas de Manila fought and won through the miraculous intercession of Our Lady of Rosary. The theme is aligned with the declaration of 2018 as the Year of the Clergy and Consecrated Persons in the Catholic Church in the Philippines, in view of the nine-year spiritual journey towards the 500th Jubilee of the Christianization of the Philippines in 2021.

It is an opportune time for integral renewal of values, behavior, and lifestyles of the clergy and consecrated persons. The festivities center on holiness which embodies the value that should animate the life of the clergy and religious, along with the rest of the faithful. Mary is our model and paragon of holiness.

Most people nowadays want to be famous or rich. But who among us aspire to be saints? Holiness is a state and task of life often ignored or neglected by many. Our world is in chaos because we have a surplus of rich and famous people, but we are wanting of saints and holy men and women.

Holiness has often been associated with great suffering and sacrifice, as depicted in some images of saints martyred in the name of our faith. Among the Dominican martyr-saints during the grand procession of La Naval de Manila is St. Peter Verona , for example, his head hacked and his back stabbed. Who would desire to suffer the same fate as he did?

The image of Our Lady of the Rosary of La Naval, adorned with jewels and gold, reflects the glory that awaits anyone who dares to live a holy life. The life of the Blessed Virgin Mary points to the reality that the suffering which comes from the pursuit of holiness is but transitory. There is joy in a life dedicated to God. The joy brought forth by holiness in our life and by our closeness to God is not experienced only after the end of our life. As we pursue holiness, there is gladness. There is no sadness in holiness. No saint wears a long face. And so it is with the clergy and the religious.

As Mary lived a holy life by remaining close to her Son, she rejoiced. She holds Jesus in her loving arms. She has Jesus in her heart. How can the clergy and religious not rejoice? They hold Jesus on their hands in the Eucharistic celebration. How can Christians not be joyful and holy as they take Christ into their hearts and receive Him in Holy Communion? Pope Francis says: “Wherever there are consecrated people, seminarians, men, and women religious, young people, there is a joy.” There is always joy in holiness.

The Batallas de las Marinas de Manila ended on October 4, 1646, with the defeat of the Protestant Dutch armada. The battle ended with Filipino-Spanish Catholic forces later walking barefoot to the Shrine of La Gran Señora de Filipinas, Nuestra Señora del Santísimo Rosario (as La Naval de Manila was known at that time) in Santo Domingo Church in Intramuros, fulfilling a promise made in exchange of an intercession sought. The battle of La Naval continues to this day in a different form, with holiness as a goal, with various temptations and sins as enemies.

In our unfinished battle to becoming holy and saints, Mary, La Gran Señora de Filipinas, Nuestra Señora del Santísimo Rosario- La Naval de Manila, accompanies us as our Model of Holiness; as she holds Jesus on her hand; as she dwells in the presence of God.

The grand feast of Our Lady of La Naval will be on October 14, 2018, at Santo Domingo Church, Quezon City. The grand procession will start at 4:00 p.m.