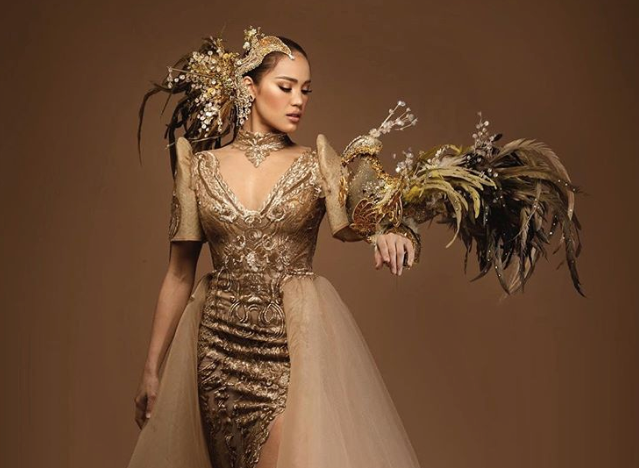 The 26-year-old beauty queen also expressed her fondness of the beautiful gown: “Sarimanok is very popular with national costumes in the Philippines and it’s very bongga because it’s gold. And I just fell in love with it the first time I saw it,” she said.

Gumabao is set to compete in Miss Globe 2018 on October 21 at Tirana, Albania. /je