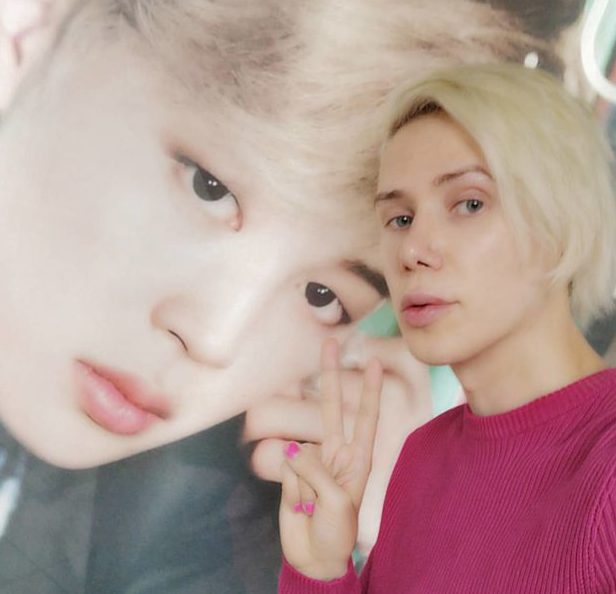 LOOK: BTS superfan spends over £75,000 to look like idol Jimin

One man is such a huge fan of BTS lead vocalist Jimin so much so that he is willing to spend thousands of dollars just to look like him.

Oli London from the United Kingdom admitted having spent £75,000 (around P5.3 million) for plastic surgery in trying to be a spitting image of his idol. This he admitted in a Barcroft TV interview on Oct. 4.

London said he instantly became a fan of the K-pop group when they made their debut in 2013. At the time, the fan was living in South Korea. “So I was just amazed at all of them, they were perfect,” London was quoted in the interview.

“I want to be him, but I also have a crush on him,” London gushed. He added that he even replicated Jimin’s current bleached-blond hairstyle.

Not only does London splurge on looking like Jimin but also invests on designer clothes so he can be his own K-pop star. One item from his wardrobe is a Robert Cavalli cheetah-print top, which costs £400 (around P28,500) and which is the same top Jimin wore in the “Fake Love” music video.

Looking back on his looks, London said he felt “very insecure” for he had “very bad acne,” adding his nose was “very big.”

“That’s when I decided I need to change myself now and be a lot happier,” the fan added.

He is not yet done with the surgery, as London revealed he wants to undergo revision rhinoplasty to make his nose “a lot smaller, a lot narrower.” He also wants to have lateral canthoplasty surgery to finally have almond-shaped eyes.

And despite all the warnings from his friends, he said he was not addicted to getting plastic surgery. “I don’t think I’ve done that much,” London told his friends in the interview. “I just think it’s that I have a strong interest in pursuing my goal.”

London is just one of several superfans who have shown commitment to their heroes. One 23-year-old fan even crossed great distance just so she could be close to her idols, and even got lucky as she got a shout-out from them.  Katrina Hallare /ra