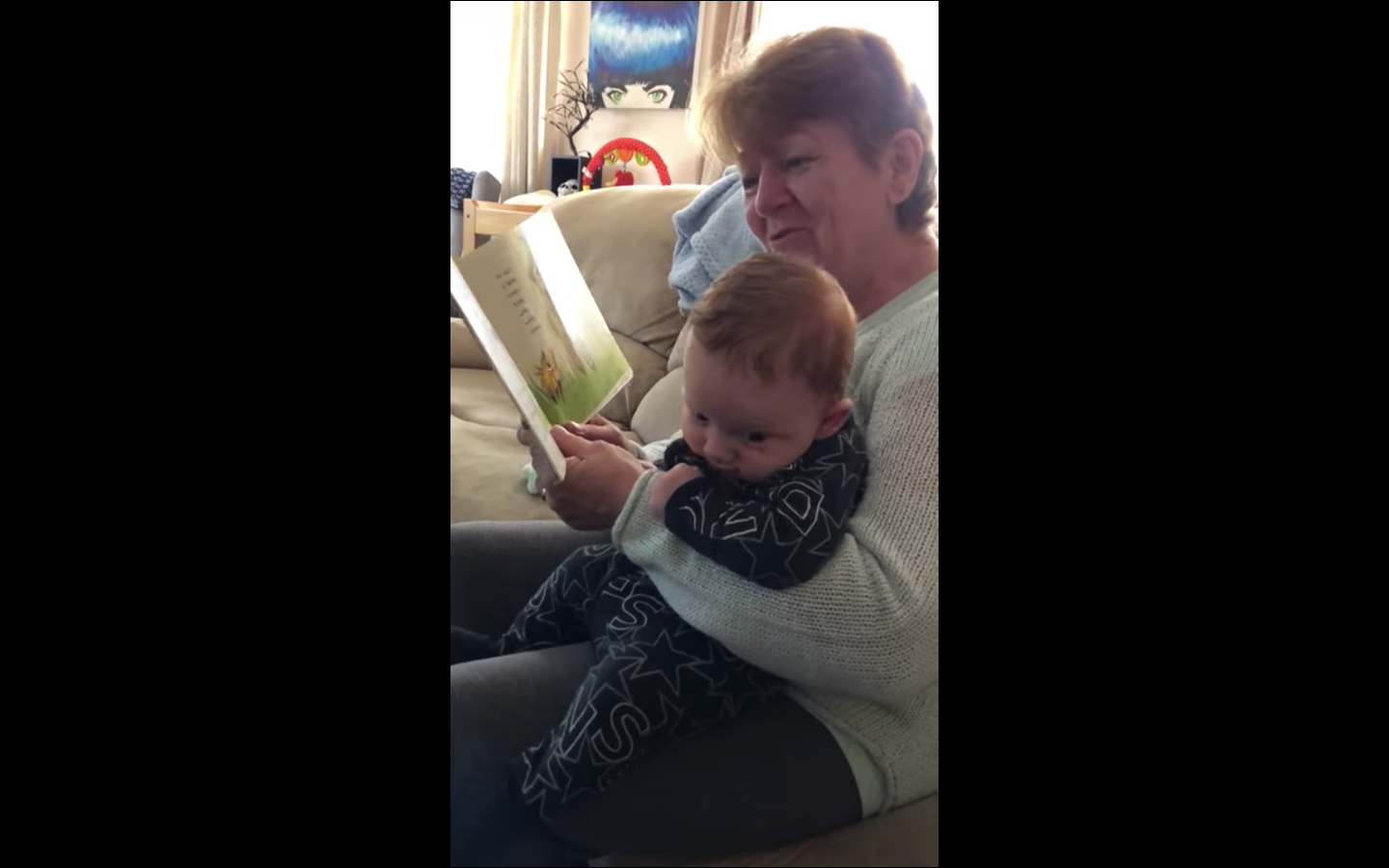 NEW YORK (AP) — The country’s hottest book isn’t a hit because of Oprah Winfrey or Donald Trump. It’s all because of a laughing Scottish grandmother.

Thanks to a viral video of Janice Clark reading Craig Smith’s “The Wonky Donkey” to her baby grandson, and her breathless amusement over lines such as “He was a honky-tonky winky wonky donkey,” the 2009 picture book about a three-legged, one-eyed donkey has sold more than 100,000 copies in the United States this fall, much of that in the past week.

According to NPD BookScan, which tracks around 85 percent of the print market, “Wonky Donkey” topped all releases with more than 90,000 copies sold last week, beating out Bob Woodward’s “Fear” and Rachel Hollis’ “Girl, Wash Your Face,” among others.

“You can’t ask for a better endorsement of your creation than when the person reading your book is having a better time than the child being read to. Janice’s infectious laughter was an absolute delight!” wrote Smith, a New Zealand-based musician and author, in a recent email. “Remember, this viral sensation came about because a grandmother read a BOOK to her grandson, albeit a very special grandmother.”

“The Wonky Donkey,” featuring illustrations by Katz Cowley, had already sold hundreds of thousands of copies in New Zealand and Australia, where Clark, a native of Scotland, now lives. But until recently it had a much smaller audience in the United States. According to Scholastic, the book had sold about 75,000 copies and was out of print before the video caught on last month.

“Before this fall, if you had said ‘Wonky Donkey’ in my store, no one would have known what you were talking about,” said Linda Devlin, owner of Linda’s Story Time in Monroe, Connecticut. “Now, it just sells and sells. People see it and say, ‘Oh, I have to get that for my grandchildren.'”

Scholastic announced Friday that it had ordered another 600,000 copies. Meanwhile, Clark is coming to New York in November for an event at Barnes & Noble.

The video was shot was by Clark’s daughter, Fiona Clark. In an email Friday, Fiona Clark wrote that she had purchased a copy of the book from a second-hand store, knowing her mother would love it. In July, she posted the video on her Facebook page.

“At that stage it was friends only,” Clark wrote. “Then a lady in my sewing group asked what her son could wear for book week as he wanted to go as donkey. That’s when I shared the video publicly. By August 30, the author had seen it and got in touch. That’s when it went on YouTube to share with the wider audience — we also created a Facebook page for granny. We all watched as the views went up and up, we’re completely blown away by the number of people who have watched and shared the video.”

On his website, craigsmith.co.nz, Smith identifies himself as a creator of “cruisy, easy listening, children’s and sometimes humorous acoustic music.” He has released numerous books and records, including picture stories such as “The Drizzly Bear” and “The Scariest Thing in the Garden.”

“Wonky Donkey” started out as a children’s song, written by Smith more than a decade ago.

“I was sitting at a table at Te Anau Rugby Club rooms in the South Island of New Zealand one night with my mates and family and we were exchanging jokes,” he wrote recently. “A friend of mine told the joke, ‘What do you call a donkey with three legs?’ And the answer was, ‘A wonky donkey!’ Everyone sniggered and groaned.”

“I went home and got my rhyming dictionary out,” he said, “and the cumulative play on words and Wonky tale began. Being an entertainer and songster, I thought it would make a hilarious song.” NVG

How 2 ‘rebel girls’ shook up publishing