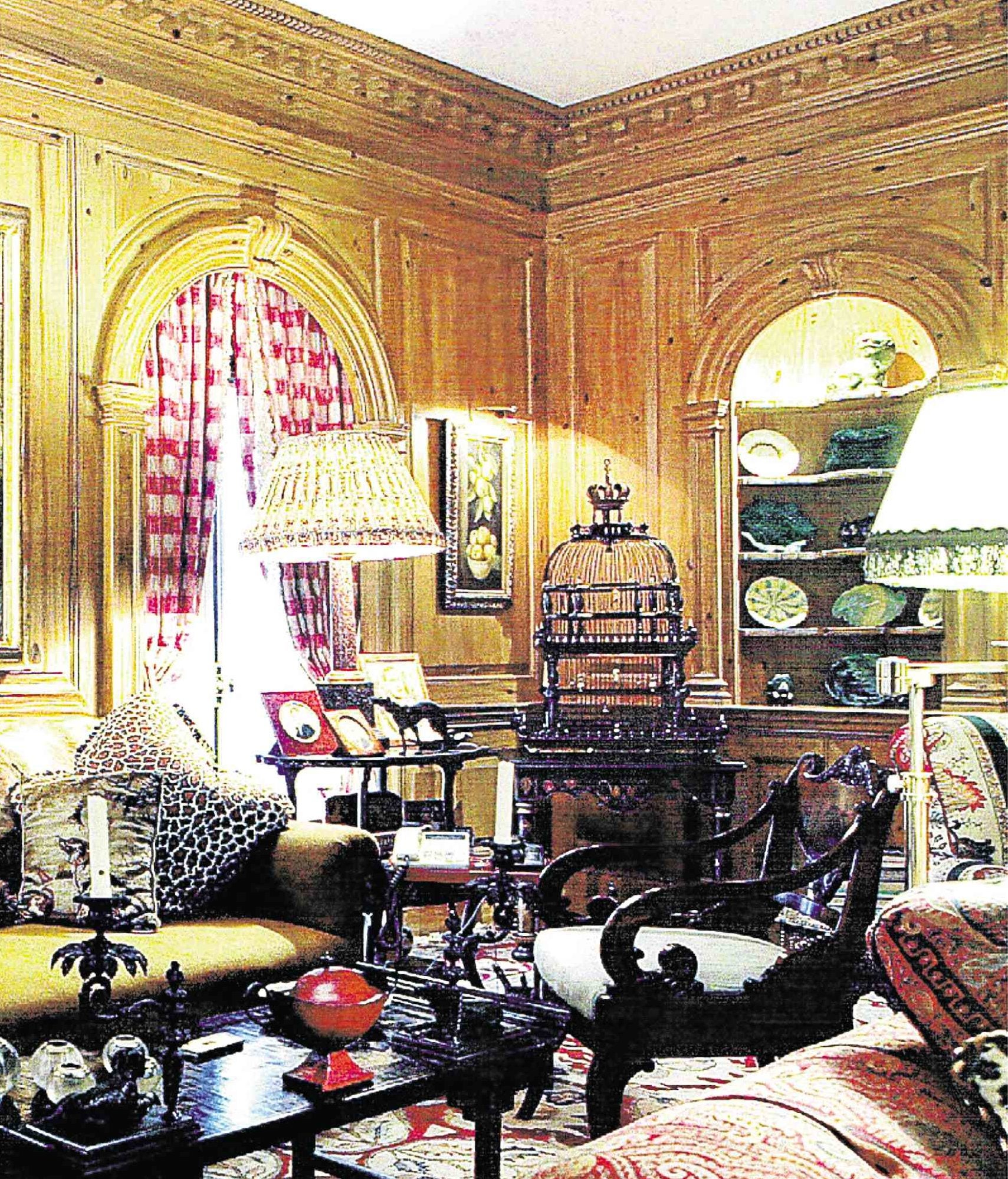 Interiors of Anton Roxas’ home as featured in Metro Society

Furniture, art objects from Anton Roxas collection to be bid out

León Exchange will hold its ninth online auction on Oct. 19-20, and among lots that will go under the hammer are furniture and objets d’art from the home of Anton Roxas that has been featured in Architectural Digest.

“Anton Roxas lived a grand life in a house whose interiors were designed by Mario Buatta in one of the most exclusive enclaves in the Philippines,” said Jaime Ponce de León of Leonexchange. “One can only expect the best from this man of gentility, both debonair and dandy. His collection of animal figurines including dogs, birds and buffaloes will be included in the auction.”

In a 2017 article of Architectural Digest (AD), Roxas’ Manila home was featured. Designed by National Artist for Architecture Leandro Locsin, the house’s interiors were redone along the French country-style idiom by internationally renowned designer Buatta, who had designed the Blair House in Washington DC, the official guest house of the United States government. Buatta has also designed for Malcolm Forbes, Henry Ford, Mariah Carey, Barbara Walters and Billy Joel.

For Roxas’ house, Buatta, according to AD, had “kept much of the furniture,” such as furniture from Kentshire Galleries, circa 1920 French pagoda sconces, and 18th-century painted Italian chair.

Along with lots coming from the collection of Presy Psinakis Lopez, the online auction will feature exquisite furniture and objets d’art that will interest both neophyte and veteran collectors.

“There is something for all art collectors and enthusiasts as well as for those who simply want to live with beautiful and stylish things,” said Ponce de León.

The main visual arts section of the online auction offers lots that would interest both those starting and those improving their art collections.

Also included in the auction are sculpture by Eduardo Castrillo, untitled paintings by Jorge Pineda and Onib Olmedo, and “Homage to Mother Earth II” by Raul Isidro.

Leonexchange has billed the auction as a way to “owning a part of history, a masterpiece, an object of art or simply a style update.”

The online auction house said the lots are affordable as they come “at various price points.” “The online auction gives clients the convenience of bidding through their mobiles or laptops, without having to trek all the way to where physical auctions happen,” said Ponce de León. It’s as simple as going to leonexchange.com and registering as a buyer, he added. —CONTRIBUTED