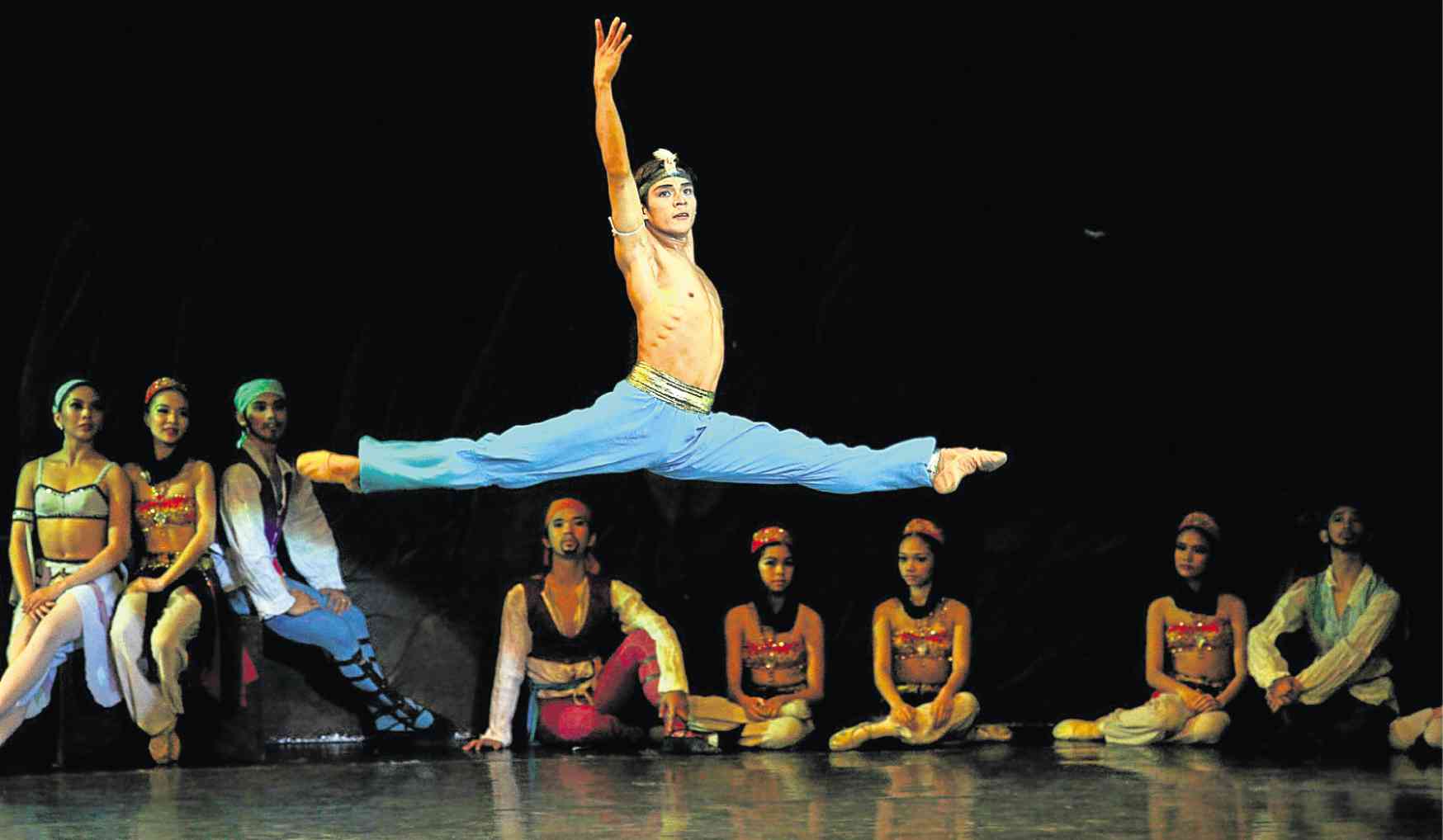 For its 23rd performance season, Ballet Manila brings back one of the world’s most famous ballets, “Le Corsaire.” It goes onstage for only one weekend —at 6 p.m. on Oct. 20, and at 3 p.m., on Oct. 21, at the Aliw Theater in Pasay City.

Also known as “The Pirate,” “Le Corsaire” tells about the thrilling escapade of a fearless buccaneer whose romance with a beautiful harem girl unfolds amid a backdrop of swordfights and shipwrecks, abduction and conspiracy, passion and betrayal—set in exotic citadels and colorful marketplaces, and highlighted by an impressive array of some the most dazzling choreographic centerpieces ever assembled in a full-length production.
“We decided to stage it as our first classical offering this season,” said BM artistic director Lisa Macuja-Elizalde, “because we found it to be the perfect ballet to showcase two prize-winning jewels in the BM crown: Katherine Barkman, who recently won back-to-back silver medals from the USA IBC and Varna IBC—two of the world’s most prestigious international ballet competitions—and Nicole Barroso, who made it to the finals of the USA IBC and came home with a Jury Encouragement Award.”

Macuja added that “Le Corsaire” will also serve as the farewell performance of Barkman, who has recently signed up with the Washington Ballet, following a personal invitation from the company’s artistic director, Julie Kent.

The 21-year-old American ballerina moved to the Philippines in 2015 to join Ballet Manila as the company’s youngest principal dancer. Under the guidance of the country’s prima ballerina, Barkman has since performed every major female role in the classical ballet repertoire, closing the loop with her upcoming debut as Medora.

For the Oct. 20 gala, Barkman will be dancing with guest principal Joseph Phillips as the dashing pirate, Conrad. Newly promoted soloist Nicole Barroso makes her debut as Gulnara, joining the all-star cast that includes company principals Gerard Francisco as Ali, Elpidio Magat as Lankadem, and Romeo Peralta as Birbanto.