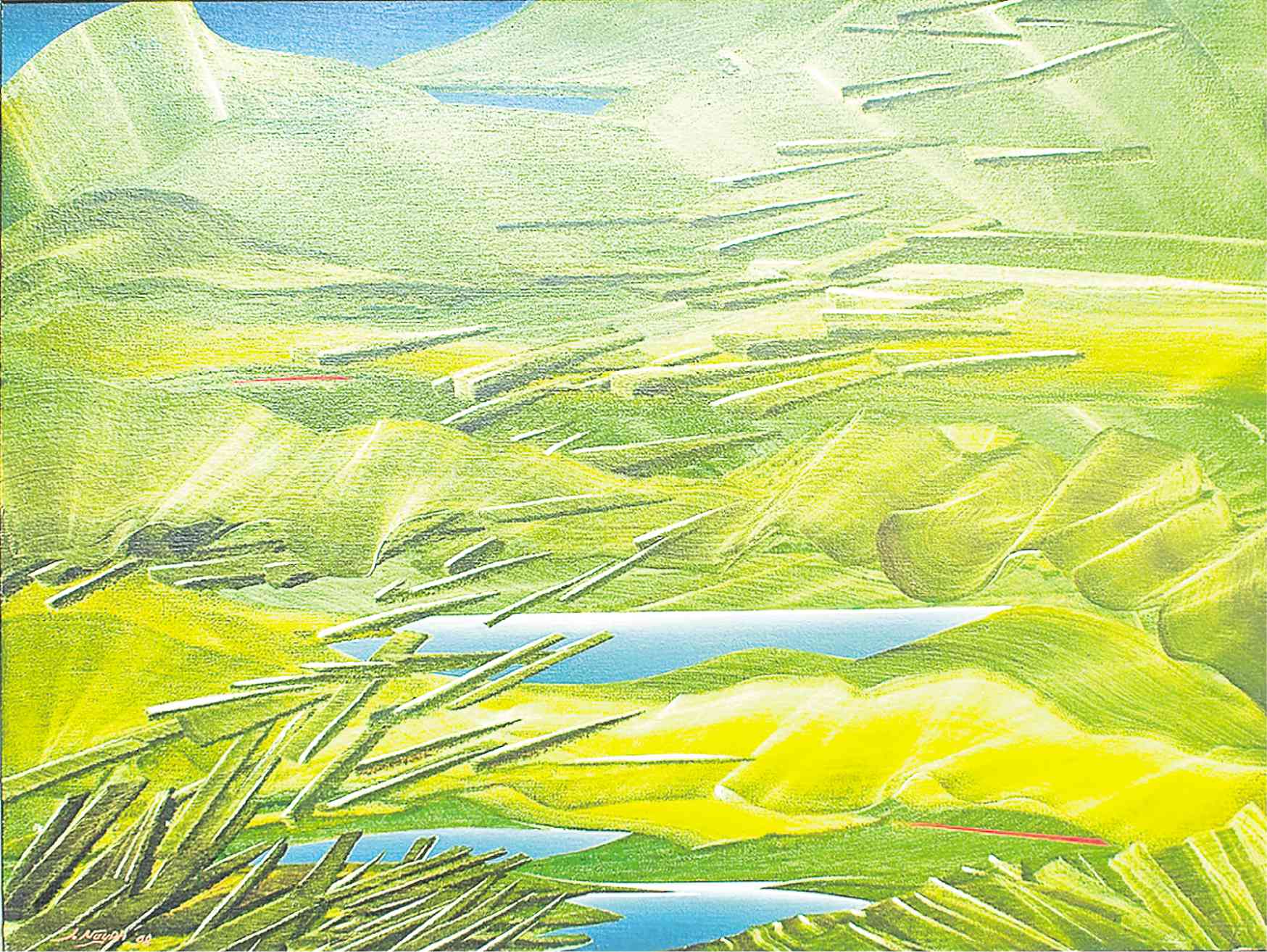 Nuyda has been Artes Orientes’ featured artist since it started participating in the pioneering and longest running art fair in the country.

Nuyda is widely acclaimed for his “mindscape abstractions.” He belonged to the first batch of recipients of the Thirteen Artists Award by the Cultural Center of the Philippines in 1972, and is a founder of the Saturday Group of artists, now marking its 50th year. Unknown to many, Nuyda is also an internationally renowned lepidopterist.

Father-and-son artist-tandem of Fil and Janos Delacruz will also be featured. Janos has been named this year to the Thirteen Artists Awards, so he now joins his father in the elite league. Fil is renowned for his exotic rendering of ethnic muses while Janos is known for his graphic skills that provide both social commentaries and narratives of self-exploration.

Also featured by Artes Orientes are the abstract oeuvres by Herrera and three-dimensional whimsical caricatures by Del Rosario. –CONTRIBUTED