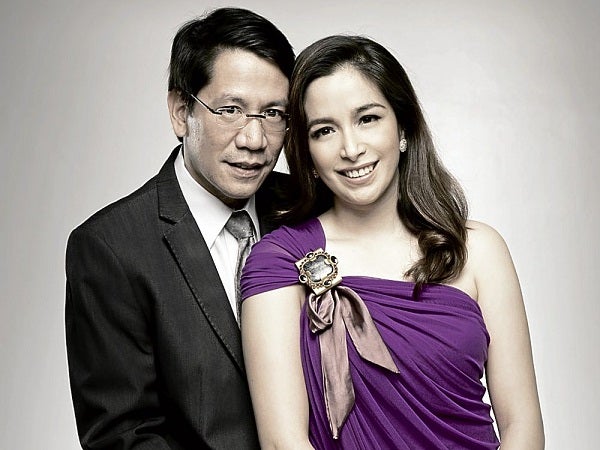 Nine days to go before her wedding to Rep. Roman Romulo, Valenzuela councilor Shalani Soledad says she’s a little nervous because “there’s still so much that needs to be done.”

The two politicians who have become the season’s poster couple for romance will wed Jan. 22 at St. Benedict Church in Westgrove in Sta. Rosa, Laguna.

They met almost a year ago, and have been inseparable since.

Shalani was thrust into the limelight two years ago when she was the girlfriend of then presidential candidate Noynoy Aquino.

For the wedding, foremost cake designer and maker Penk Ching has designed what Penk considers her “masterpiece,” because it’s simple yet very intricate.

Penk says: “The cake will be on the tone of white, a banana walnut, with quilted design with Swarovski crystals.”

The other layers will be gumpaste pleats, to appear like cloth covering the layer.

Actually, Penk is out to replicate lace, but since a lacey pattern may be too subtle for the grand occasion, she’s using sugar or gumpaste scrolls running from the back to the front.

“It’s like caging the cake with scrolls,” she says.

The letters “RS” are in Swarovski crystals.

Penk has done cakes not only for weddings but also for significant national and international events, including the Beijing Olympics and President Aquino’s inaugural reception at Malacañang.