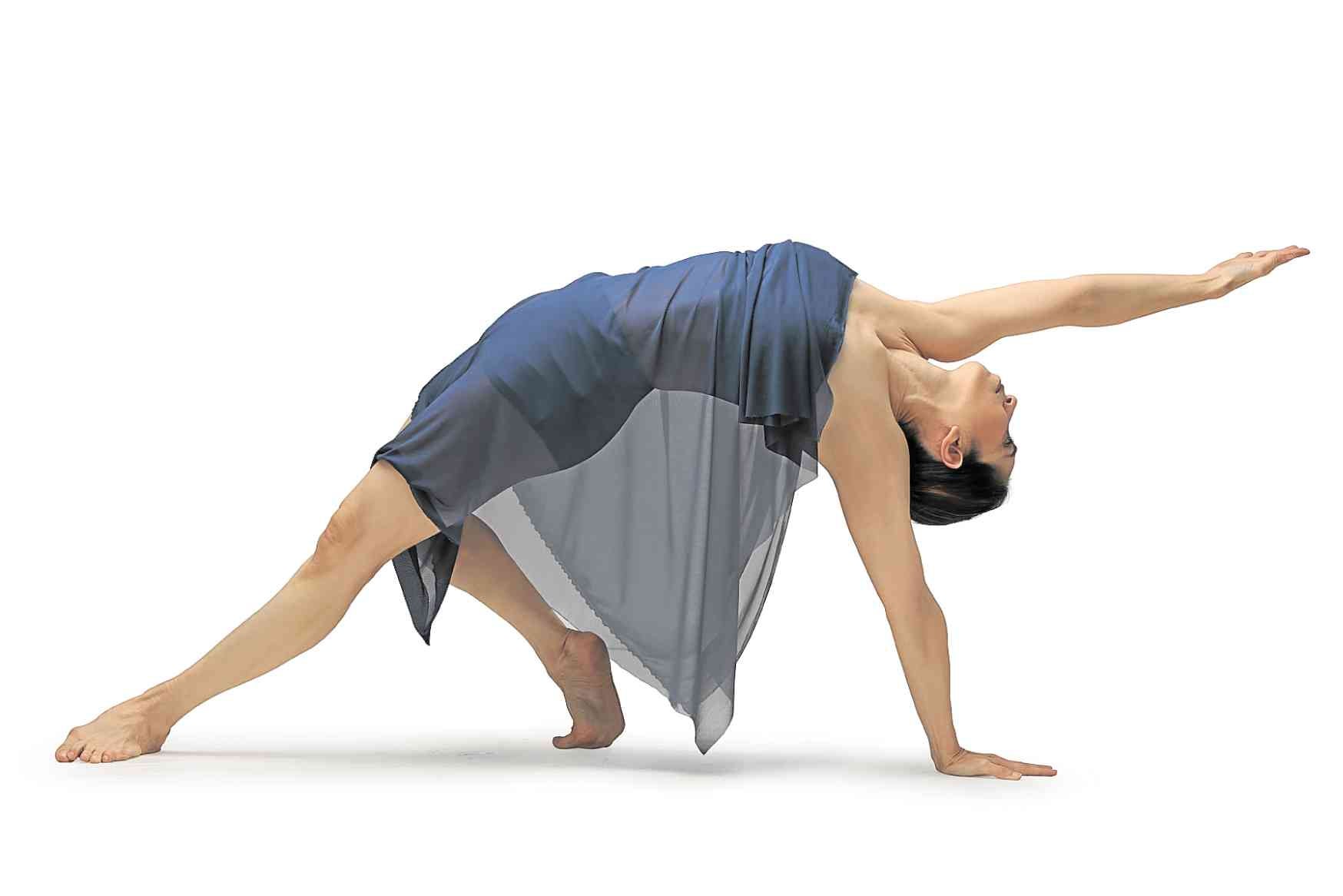 How a dancer survived osteoporosis 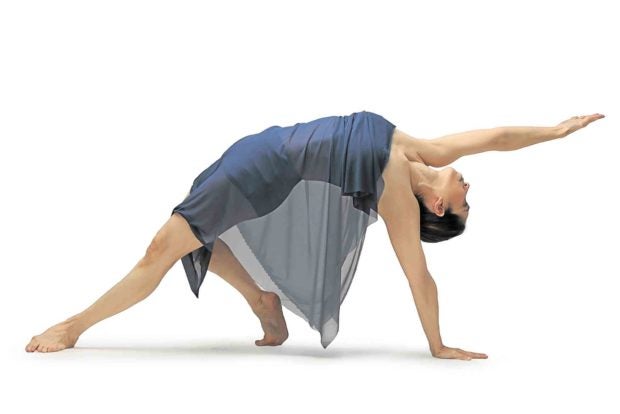 One couldn’t imagine, just by looking at her photo —her palms touching, fingers pointed upward, head slightly bent in a bow, sturdy legs spread apart in a goddess pose, with feet en pointe—that only two years ago, Anna Marie Periquet would wake up each morning in extreme pain as her feet touched the floor, and would drag her wee 4’11” frame limping to go to the bathroom.

Periquet, a fitness buff, yogini, former ballerina and dancesport champion, was diagnosed with osteoporosis in mid-2016. She has since become the poster girl of the Osteoporosis Society of the Philippines Foundation Inc. (OSPFI).

The photo showing her in a yoga-ballet mash-up pose is for World Osteoporosis Day 2018, on Oct. 20, and is meant to express how her two passions, ballet and yoga, helped her conquer the disease.

Periquet, vice president for corporate affairs of Metro Retail Stores Group Inc., was in the middle of a dance rehearsal in 2016 when she noticed her left foot had swelled under her ballet shoes. A mass the size of a golf ball had grown between two toes.

A professional ballet dancer for most of her young life, yogini, marathon runner and competitive dancesport performer since she turned 40, she was used to rigid and often grueling training that she never left a rehearsal, even if she wasn’t feeling well. This time was different —she brought herself to the emergency room.

Her longtime orthopedic surgeon and sports medicine specialist, Dr. Edgar Michael “Doc Gar” Eufemio, told her she had fractures in her feet, which were turning black. He advised her to take a bone densitometry test.

“Doc Gar at first didn’t think it was osteoporosis because he knew I was very active,” she says. “I never smoked, didn’t drink alcohol, I was a vegetarian and now a vegan, and I supplemented my protein intake with plant milk, soy and almond, tofu, mushrooms, flaxseeds, chia, so it wasn’t the diet.”

She, however, fit the risk profile for osteoporosis: petite female, perimenopausal, Caucasian or Asian (she’s Eurasian).

At only 49, Periquet was diagnosed with osteoporosis— younger than typical osteoporosis patients. Her bone densitometry score, -3, is that of an 81-year-old woman in a wheelchair. (Two of Periquet’s older sisters, aged 68 and 69, were also recently diagnosed.)

Over a year ago, OSPFI tapped her as lay spokesperson, “to change the face of the disease,” underscoring that even younger women, and even one as physically active as Periquet, can get it.

Osteoporosis is “a skeletal condition where bones get brittle and porous and easily break with just minor trauma,” according to Dr. Julie T. Li-Yu, president of OSPFI. In worse cases, even sneezing and coughing can cause a fracture. It’s a “silent disease,” and most patients don’t know they have it since symptoms don’t show “until after a fracture sets in,” Li-Yu says in a statement.

At 48, Periquet left dancesport after eight years, shortly after winning two gold medals in an international tilt. She had achieved her goal for the sport, and she also felt somewhat burnt out. “Maybe I overdid it, because I tend to give 101 percent to everything that I do. After that, I resolved to be just a fitness bum,” she says with a laugh.

“I also felt something was off with my body. I was getting worse back pains, pain in my knees. I would fall for no reason. I’d get fractures in my fingers even with just slight pressure.”

After a year’s break, in mid-2015, she returned to ballet. “But I’d be walking in the mall in my flat shoes and after two hours my feet would hurt so bad. I’d wake up in the morning in pain. By December, I knew something was wrong.”

While it is irreversible, osteoporosis is preventable.

Periquet’s doctor would later tell her it was the dancing in her 40s that helped her maintain her bone mass “because my bones became brittle when I retired from ballet at 21.” She also continued to run and do aerobics.

Osteoporosis treatment can be costly. Periquet was offered three options—oral bisphosphonates, an injectable antibody every six months, or a daily injection for 18-24 months of a bone-regenerating class of drug called teriparatide.

She chose the last option, which her doctor said would allow her back on the dance floor in three months. A daily shot cost her about P1,000 with persons with disability (PWD) discount; she administered it on herself for 18 months.

Her densitometry score is now -1, or close to normal.

And as promised, she’s back to dancing. “I just lessened my jumps and grand jetés,” she says. “I had to stop running to lessen the pressure on my bones. But I do brisk walking, and I’ve also been hiking. It’s my way of communing with nature.” On her 53rd birthday next month, she’s going on a hiking trip.

“You can’t not do weight-bearing exercises, even if you don’t have osteoporosis,” she adds. “It’s a preventive measure, to keep an active lifestyle. But you also listen to your body so you know when you’re overdoing it.”

After her diagnosis, she learned to follow what she calls the “70-30 rule”—“I fill up myself to only 70 percent, whether it’s food or work, in all areas of my life, so I don’t get overwhelmed. You get stressed if you have a long list. I always have 30 percent reserve. If something comes up, I still have something to give. Stress triggers illnesses.”

For the World Osteoporosis Day poster, Periquet fused poses from ballet and yoga to express her current state of mind: “The Namaste pose expresses my gratitude and inner peace; the Goddess pose, the empowered Anna; on pointes to show that I’m back, standing proud… But through it all, I bow down in all humility and in deep gratitude to God for the gift of healing and transformation.”