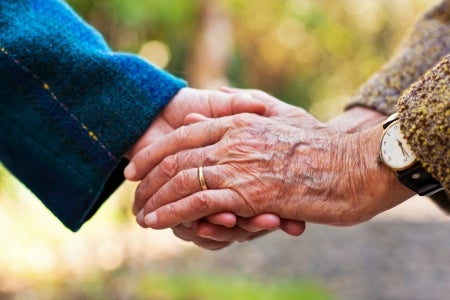 An octogenarian couple remarried after being divorced for 40 years, proving that love can indeed be lovelier the second time around.

Charlie Hailes, 88, and Audrey, 83, tied the knot once more on Oct. 10 at The Manor Gatehouse in Dartford, United Kingdom, as reported by The Scotsman on the same day. The reception of the wedding, however, was rescheduled to allow Audrey to recuperate and dance with Hailes, after she breake her hip two weeks before the wedding ceremony.

Hailes and Audrey first crossed paths at a dance hall in 1955. They then got hitched and started a family of their own.

Their relationship, unfortunately, was short-lived. The two parted ways in 1978 after Hailes “made a massive mistake.”

Out of their six children, Hailes got custody of son Ian and their youngest daughter while one of their sons stayed with Audrey, the report said. Their remaining offsprings were in their late teens back then and decided to live on their own.

While their marriage may not have worked the way they both envisioned, it did not stop Hailes and Audrey from remarrying other people after their divorce. Nonetheless, it did not also mean that the two were absolutely happy with their new lives, away from each other.

Ian, who is his father’s best man on their second wedding, said in the report that his parents were never truly happy during the 40 years they had been apart. It was during last year when he and his siblings urged Hailes to woo his then ex-wife and rekindle their romance.

“We said to dad, ‘you’re not happy so why not live with mum?’” Ian told the publication. “And that’s when it happened. They have seen sense.”

He added, “We didn’t for one minute think they would remarry.” Kate Matriano/JB

Love, marriage and liberation in the time of arthritis

Has marriage lost its shine?