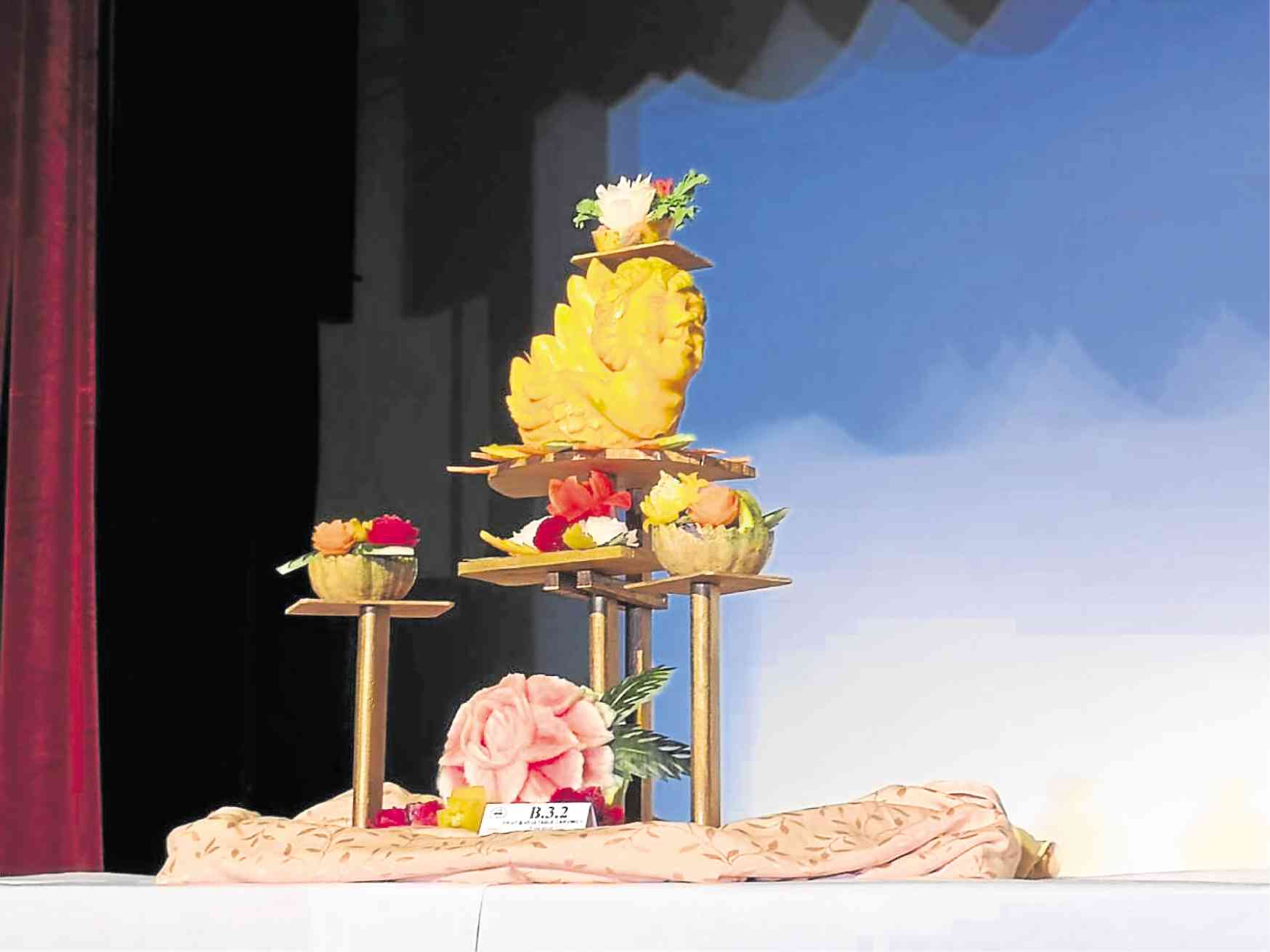 It was sunny and cool in Baguio during the Luzon leg of the National Food Showdown. The closing program of the Hotel and Restaurant Tourism of Baguio included promotions such as a mass wedding with the biggest cake, a beauty contest, a talent program.

Every year, save for times when a typhoon messes up the schedule, or a big event dries up the resources of the association, culinary schools and dining establishments participate in the cooking competitions, table setting and the entertaining flair tending and cocktail mixing contests.

Easier travel arrangements have made it possible for contestants from nearby Pangasinan, to as far as Manila and Batangas, to make it to this mountain province.

In one of the contests, future cooks were tasked to prepare adobo two ways, the traditional way and their modern take. Many of us take adobo for granted, but the dish requires the right mix of asim (sourness) and alat (saltiness) with a bit of fatty flavor, some garlic and black pepper. It is the balance which needs practice.

The foreign judges had to refer to our flavor input, but since many of them had been in the country long enough to distinguish good from bad adobo, their grades were spot on with their counterpart local judges.

We noticed that the cooks who used laurel leaves used too much, overwhelming the dish. One of the judges from Batangas said their family never used bay leaf, so it felt unnatural to her palate.

For the fruit and vegetable carving, many of the contestants predictably used the Thai model. We wished they would do the fine art of carving small fruits like dayap or santol. But the artistry of the carvers shone in translucent flower petals, a detailed octopus carved from one vegetable, an eagle ready to fly out of a squash.

The representatives from Luzon in the National Food Showdown were chosen during the Baguio competition. For the students, it was Benguet State University and for the professionals, Le Chef at the Manor of Camp John Hay. The finals will have representative winners from the National Capital Region (Enderun Colleges); Movenpick Resort and University of St. La Salle for the Visayas; and Giuseppe Pizzeria and Sicilian Roast in Cagayan de Oro and Father Saturnino Urios University of Butuan City, Agusan del Norte for Mindanao.

It was great seeing chef Billy King of the Manor hasn’t lost his touch. He cooked dinner for the visiting judges, including prawn salad and steak. It reminded the Manila judges how Manila misses King.

Before heading home, we filled our bags with balitanaw black rice, red rice, Cordillera coffee, bagnet from Pangasinan, strawberry and blueberry jams from the Good Shepherd nuns and ube halaya from Tantamco’s.

We dreamed we could bring that Baguio weather home, sunshine with lots of cool breeze. Even the fog was a bonus.