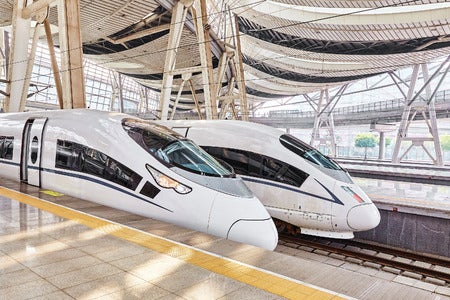 One child fell under a station train in Beijing, China after its mother was too busy using her cellphone and failed to notice her child was in danger.

The child, a young girl, was unidentified, but looked to be around four or five years old as per security footage. The child was about to board the train for Dalian in Liaoning province when she fell through the small space between the train and platform. As per Beijing Youth Daily via South China Morning Post on Oct. 17, the mother did not see that her child had fallen through the gap.

Upon realizing what happened, the mother along with station workers, ran to ask for help. The child, as per the report, was rescued by a staff member by instructing her to move away from the door area so he can remove a panel from the side of the train. The staff then climbed under the carriage to free the girl.

The child was found to have sustained a bump on the head from her fall, but was otherwise unhurt. She, however, was shaken from the traumatic incident.

The incident saw an onslaught of criticism towards the mother’s end, with netizens online condemning her for not paying enough attention to her child.

“It’s not the first time I have read this kind of news,” one netizen was quoted as saying. “I think these parents are more interested in playing with their mobile phones than tending to their kids.” Cody Cepeda/JB