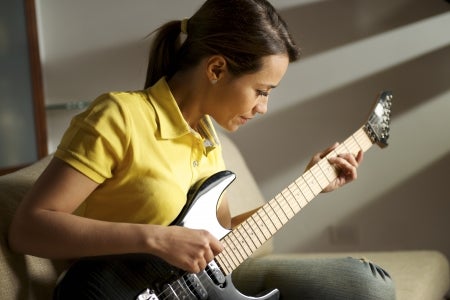 The digital age makes picking up an instrument both harder and easier at the same time, and one study details some insights into what modern-day guitar-playing is like.

A new study commissioned by guitar-maker Fender surveyed guitar players in the United States and in the United Kingdom. Though both markets have some differences, one fact remained constant: half of new guitar buyers were women.

This reflects the company’s initial findings from a study done three years ago. The insight made Fender step up on marketing to women, a demographic it had ignored in the past.

Diversity is also seen in the ethnicities who play the guitar, with 19 percent of African-Americans identified as aspirational players and Latin guitarists comprising 25 percent of beginners.

Over half or 61 percent want to pick up the guitar to play on their own or socially. Technology has been both a boon and a curse to guitar-playing: online video tutorials were chosen as the most effective way to learn the instrument over formal lessons.

However, nearly half of beginners quit due to lack of time, with the study stating that the digital age means people have less time than ever before.

“It doesn’t surprise me that a lot of young girls are taking up the guitar, because playing guitar seems much cooler and more dominant than doing the traditional female thing of standing behind a keyboard looking pretty,” music critic Caroline Sullivan told The Guardian.

She added, “Back in the day, girls wanted to sleep with the musicians. It’s much easier now to say, I want to do what he’s doing”

Guitar girls are making sweet music in a man’s world