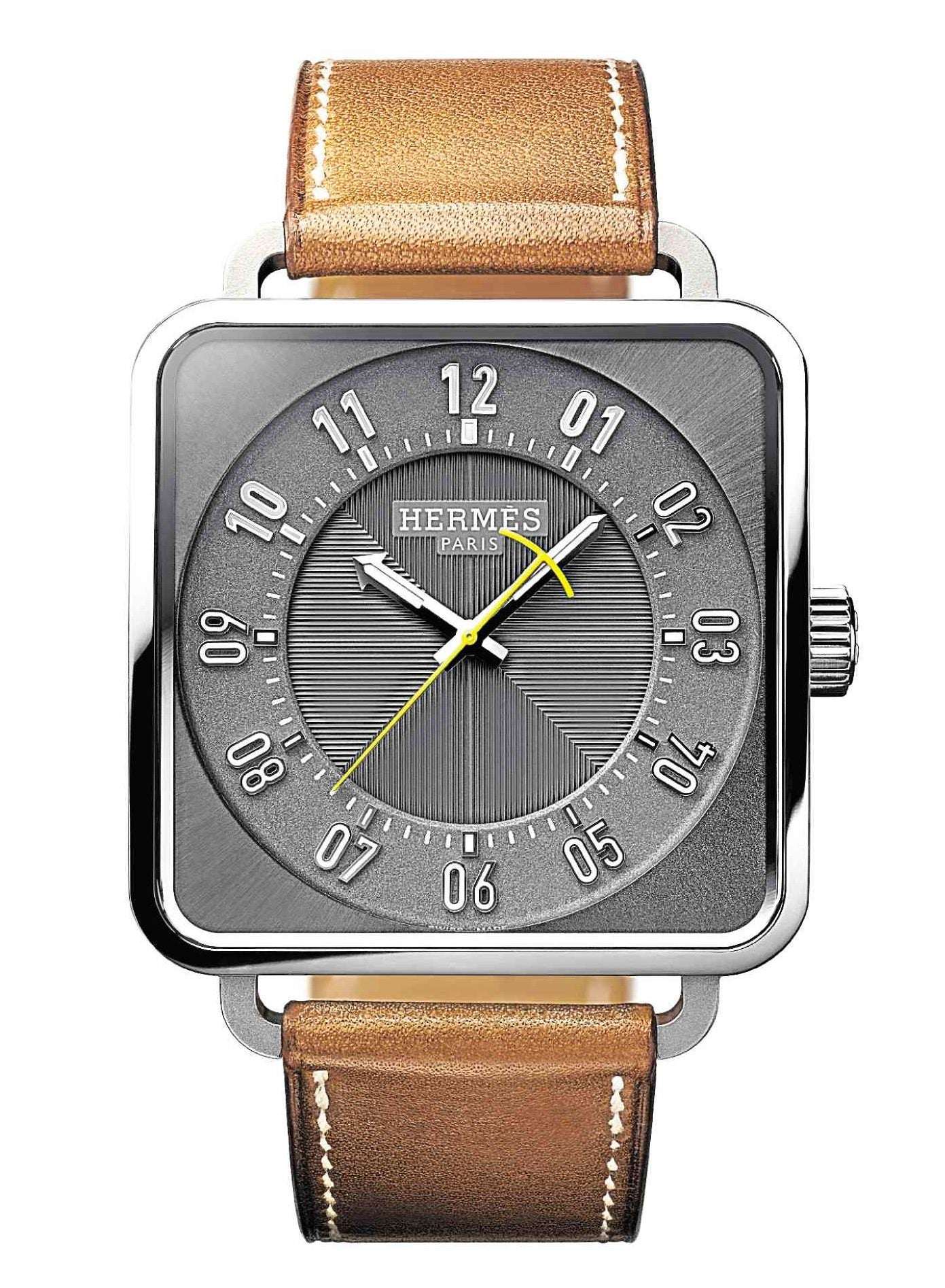 With a reported double-digit profit growth for the first half of 2018, luxury house Hermès looks bent on keeping the momentum with the rollout of its 2018 watch novelties. The new watches are fresh iterations of its classics—with more attractive price points than their original versions, and which seem to point to a new, younger customer.

Medor Rock, for instance, is the latest version of the bangle-slash-watch Medor, which features pyramid-shaped studs that were originally designed for hunting dog collars, and first appeared on belts in the 1930s. It was first created as a watch in 1993, with the cabochon-like stud concealing the watch.

The 2018 Medor Rock has three versions—mirror-polished, lacquered and lacquered with cross-set diamonds—all fitted with a triple-tour strap. They all come in the Very Small Model (16 mm x 16 mm).

All feature a single pyramid—unlike its predecessors which have multiple studs—which might explain the lower entry price point. The base model with a mirror-finished, stainless steel pyramid and triple-tour calfskin bracelet is priced at about half of the older counterpart.

The interchangeable straps can be specially ordered.

Another new model is the 2018 edition of the Carré H (pronounced kari-ash), which first came out in limited numbers in 2010. This men’s watch is distinct for its bold square shape, crafted by industrial designer and architect Marc Berthier.

The 2018 version is a collaboration between Berthier and La Montre Hermès artistic director Philippe Delhotal.

While the 2010 Carré H—named for the house’s scarf; “carré” is French for square—was made of titanium, the new version is in stainless steel, again making it more attractively priced. It’s also not a limited series.

It shows Berthier’s affinity for geometric design, and now also features references to measuring instruments, with its second hand mimicking a compass-slash-pendulum.

A mechanical timepiece, the new 2018 Carré H runs on a house-made movement, Hermès Manufacture H1912. It comes in the medium size

(38 mm x 38 mm) with natural or black Barenia calfskin strap. Its case is curved at the bottom to sit comfortably on the wrist.

The 27-year-old Cape Cod also gets refreshed with a polished mirror-effect case and a rhodium-plated dial. For the first time, the women’s style comes with a Milanese mesh bracelet, in both single and double tour. It comes in large and small models.

Another option, in large size

The Cape Cod first came out in 1991 and was designed by Henri d’Origny, whose task was to create a square watch. D’Origny, however, preferred rectangular watches so he took one of the house’s signature icons, the chaine d’ancre or anchor chain, split it in half and housed a square watch in between.

Luxury watchmakers are following the same playbook in order to recruit new customers, and among those moves are designing variations of coveted styles at lower price tags.

As one industry insider puts it, the brands can’t keep going after the same market, since it would eventually reach a breaking point. After all, just how many diamond watches do those same customers need?

By going after new clients—the young bankers, technocrats, rising corporate bigwigs—with entry price points, the brands are investing in a market that would eventually upgrade to the pricier, more sophisticated models.

The 2018 Hermès watches are available for preorders at its boutique in Greenbelt 3, and at Rustan’s Makati and Shangri-La Silver Vault, and Resorts World Manila.