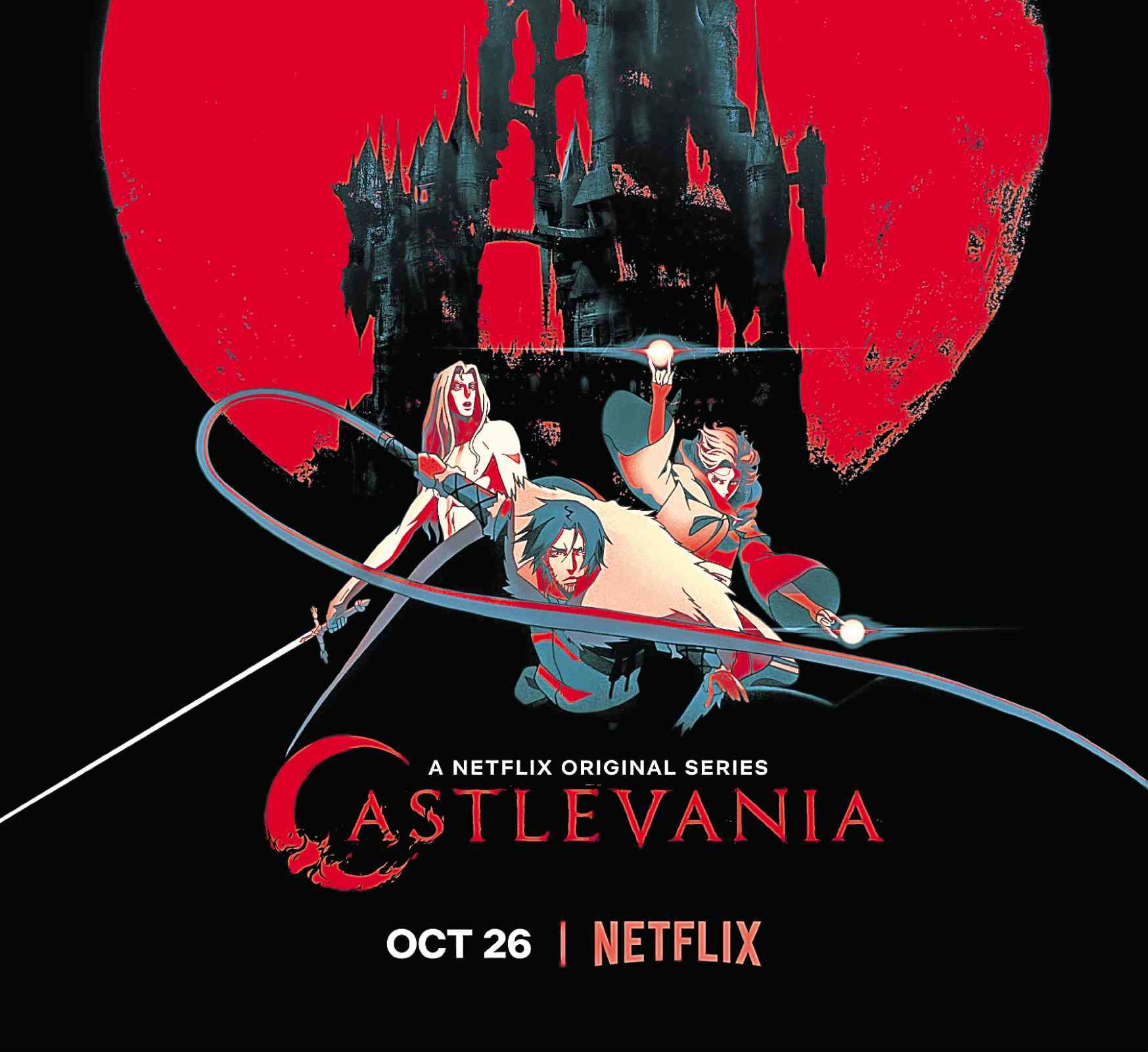 Meet the renegade behind Netflix’s ‘Castlevania’ 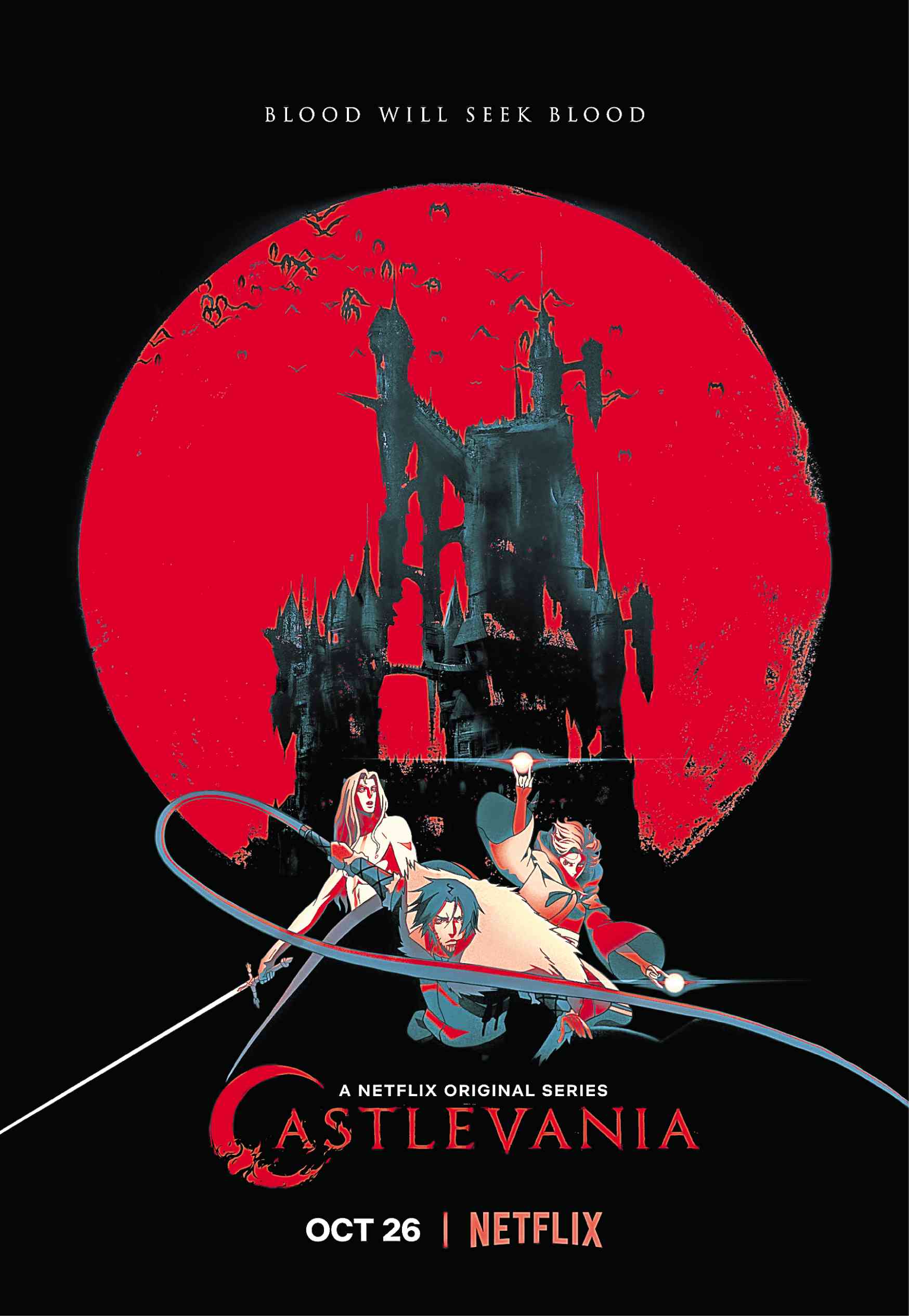 What are the perfect components of a standout animated TV series?

First, you need crazy cool source material—preferably one that’s both modern and nostalgic. Then you need one of the world’s greatest comic book writers to write it. Then you need a distinctive dynamic art style. Then you need a talented voice cast. Finally, you need a mad man to put it all together—and a network brave (or crazy) enough to air it. Welcome to Netflix’s “Castlevania.”

That name should ring a bell, regardless of which generation you belong to. “Castlevania” first came into the light as a hit vampire-hunting platform videogame from Japanese company Konami in 1986 on the Nintendo Famicom Disk System—but gained massive popularity on the Nintendo Entertainment System as a cartridge. Over 30 games later, the franchise still has teeth, with Castlevania Requiem due to be unleashed on Oct. 26.

The “Castlevania” TV show was written by Warren Ellis, who has written acclaimed arcs for series like “Astonishing X-Men” and “Iron Man,” but, as a creative with a distinctly complex, sharp sci-fi/fantasy bent, created “The Authority” and “Planetary.” “Castlevania” features a clearly animé-based art style and the characters really look like fleshed-out versions of their videogame sprites. It features Richard Armitage, James Callis and Graham McTavish as voice actors. It’s a Netflix Global Original series, airing in seasons of four 20-minute episodes.

But perhaps its most unique element is its showrunner, Adi Shankar.

The show is based on the game Castelvania III: Dracula’s Curse from 1990. In 15th-century Wallachia, a tragedy has led the legendary Dracula to send his demonic horde to wipe out humanity. The reluctant, whip-wielding hero Trevor Belmont (Armitage), the last of the exiled Belmont family, returns and, at the end of the first season, makes plans to kill Dracula with the most unexpected of allies, Dracula’s son Alucard (Callis). Season 2 begins with Belmont’s heroes beginning their quest.

The show is not your childhood Saturday morning cartoon. It’s extremely smart but violent, kind of like a foul-mouthed genius. It’s a horror action adventure series with an emphasis on the horror, as it is full of dismemberment and decapitation as well as profanity and profundity. Because the episodes and the seasons are so short, everything is constantly moving and very compact.

That’s also a pretty good description of the enigmatic Shankar.

Shankar’s impressive credits include producing things like the real-life actioner “Lone Survivor” and the sci-fi “Dredd.” But he is probably best known for his Bootleg Universe shorts, where he brilliantly parodies everything from the Power Rangers to the Punisher.

The look was purposeful, Shankar told Super. Netflix had flown Shankar in for the AsiaPOP Comicon. He was born in India, but grew up in Hong Kong and Singapore. “When I was a kid, on TV there would be animé, and it would never be subtitled, so I never knew what anyone was saying. It made me really angry. I would ask people, what’s going on, I don’t understand. So I said, you know what, I was 6, one day I’m gonna make my own. So the whole goal was to take those sprites and reverse engineer them into an animé vibe but with a few tweaks.” Trevor’s look is inspired by Squall Leonheart from 1999’s Final Fantasy VIII, he said.

Shankar wears his influences on his leather sleeves, as Power Rangers, Punisher and Castlevania were all things that surrounded him growing up. (He is 33, having been born in 1985.)

“Castlevania” happened at a very fateful time for Shankar. “It was also hard because, at that point in time, I literally had a career in Hollywood, making normal movies, but I also made a fan film that got a lot of attention—the Power Rangers one—and people in Hollywood were like, ‘this guy’s lost his mind!’ At that point, I was wearing face paint everywhere. I was giving crazy interviews. People were like, ‘what’s wrong with this guy?’ I decided, ‘I was quitting, I’m out.’ But then Netflix tweeted at me.”

Instead of going to graduate school, Shankar went to the meeting with Netflix (who were “super dope”) and was asked, “what do you want to do?” He pondered that and said to himself, “I don’t want to do live action right now. You know what, maybe it’s time to make that animé.”

Back in 2015, adult animation not in comedy didn’t exist. Shankar had to build his team from the ground up—and decided the show would be hand-drawn instead of 3D-animated. The end product came out with whip and short sword swinging, winning over critics and fans alike. Shankar said, “Castlevania is dope because it’s about family, about the legacy of the Belmonts. It’s also about the father-son dynamic between Dracula and Alucard. I think family stories are better served in this long narrative formats than one-off feature films.”

He knows what he’s talking about. Shankar had abandoned previous projects that sought to make a live-action “Castlevania” film; instead, he winds up making the definitive screen incarnation by appealing to the fan base.

“The challenge now is getting it done. Another challenge is getting the tone right. People tell me, ‘adults don’t like animation.’ False,” he said. His stated goal is to make people cry with the last two episodes and the short format to leave people craving more.

Shankar isn’t done shaking up Hollywood. He wants to do something in the future with professional wrestling. He and Ellis are collaborating on a new show (“It’s gonna blow people’s minds”). He even has a collaboration with rapper Eminem.

Now Shankar wants you to watch the new season of “Castlevania.” He wants you to watch it because it’s great, because it’s everything you ever wanted from a Castlevania screen project, and because of what it means to him: “It’s a game changer for me. I wasn’t perceived as this blockbuster guy, but what the internet has done is to  make it all about the niche. All of the sudden, I became a little more valuable. Now, it’s like, ‘this guy really knows how to talk to nerds.’”