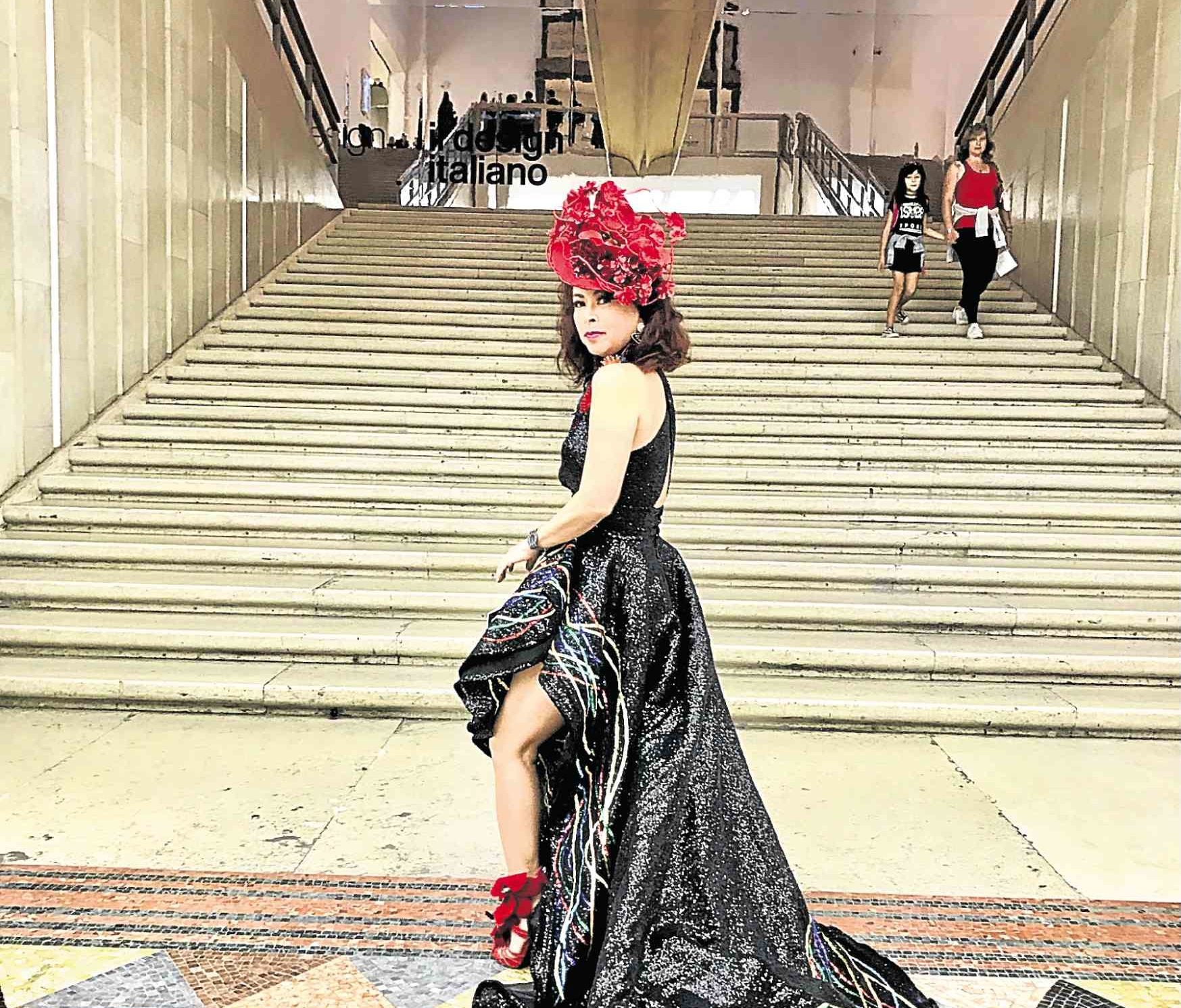 A sporty brand on the Milan fashion runway Being Asian has never been so current and hip, especially on the heels of the “Crazy Rich Asians” movie. Asians are also increasingly conquering the global fashion market, like the acquisition of Italian brand Fila by a Korean company.

Founded in 1911 in Italy, Fila is now owned and operated by Fila Korea. Headed by chair and CEO Yoon-soo Yoon, Fila has offices in 11 countries globally.

Fila recently stepped onto the runways of Milan Fashion Week for the very first time to unveil its inaugural solo show.

Primarily known for its activewear and streetwear, Fila embraced the spirit of Milan and the high-end fashion world with its presentation.

Tennis, swimming and sailing inspired the collection, which also included the signature style of Bjorn Borg, one of Fila’s most popular and successful faces ever.

The brand inaugurated a retrospective at the Triennale Design Museum. After more than a hundred years of being the strongest Italian brand in sportswear, Fila honored its roots by giving guests a look of its history during the Fila exhibit at La Triennale di Milano.

Cris Albert, CEO and owner of Fila Philippines, organized a group to see the newest collection for Fila Spring-Summer 2019 and join the festivities that Fila Korea hosted in Milan.

As a Fila Philippines brand ambassador, I was delighted to celebrate this incredible milestone with Philippine Tatler editor in chief Anton San Diego and international stylist Wanda Louwallien.

After the fashion show, we were all invited to a five-course dinner and champagne at La Triennale di Milano.

I can’t wait for the collection to hit Philippine shores early next year! I’m sure Cris and her Fila team will add their own Filipino flair to the designs.

Filipino talent in the news

Another Asian creating waves in the international fashion runways is Filipino model Sharina Gutierrez. With an impressive 15-year modeling career in the United States, she has landed numerous fashion spreads, including American Vogue’s prestigious September issue.

Coming home to reconnect with her roots, Sharina’s itinerary is packed, and she will be modeling next week at the Red Charity Gala for fashion designer Rajo Laurel.

Filipinos are truly creative, and their talents recognized all over the world.

A serendipitous meeting in London led to Latina Manila, the name of Jonathan’s collection.

He has been ordering from De Gournay for a long time and when he does, he would always request something unique or different in his design. This caught the eye of the creative people behind De Gournay, so when they met him, they instantly recognized his name.

Jonathan was in London when he bumped into Alice Uglow, De Gournay’s former international sales director, who was with Jemma Cave, creative director of De Gournay. Upon introduction, Jemma instantly recognized Jonathan’s name.

His creativity and style did not go unnoticed, that Jemma invited Jonathan to do a collaboration with their house of luxury.

It was a Belo-Kho wedding reunion of sorts, where some of Jonathan’s guests were also in Paris for the fabulous wedding as well as the international launch of this collaboration with De Gournay.

At the local launch, Dr. Vicki Belo-Kho proudly said that she was the only Asian among the new ambassadors of Patek Philippe, a Swiss luxury timepiece label.

Along with the 13 carefully chosen international ambassadors, the beauty doctor flew to Europe for the reveal of the newest women’s collection.

The brand’s new lady ambassadors were chosen for notable achievements in their fields. Being the only Filipino, Dr. Vicki was joined by women from countries like France, Portugal, Lebanon and Romania.

Let me end this week’s column with an invitation to watch tonight’s show of the country’s premier soprano, Rachelle Gerodias, in her solo concert, “Madly Filipiniana,” at the Globe Theater. Belting out the best of Filipino kundiman, Rachelle revives through music the genteel ’20s and the peacetime era of the ’40s. The great Raul Sunico also plays piano.

The third act is a soulful tribute to the Filipino’s Marian devotion, in a dramatic play of light and shadow by John Batalla.

The show is written and directed by Floy Quintos, with musical direction by Dingdong Fiel. Executive producer is Miguel Miñana and his ThemeWorks production.

At last week’s show, US Ambassador Sung Kim was very impressed with the production. Also present were patron of the arts Doris Ho, Korean Ambassador Dong-man Han, and other supporters of Rachelle.