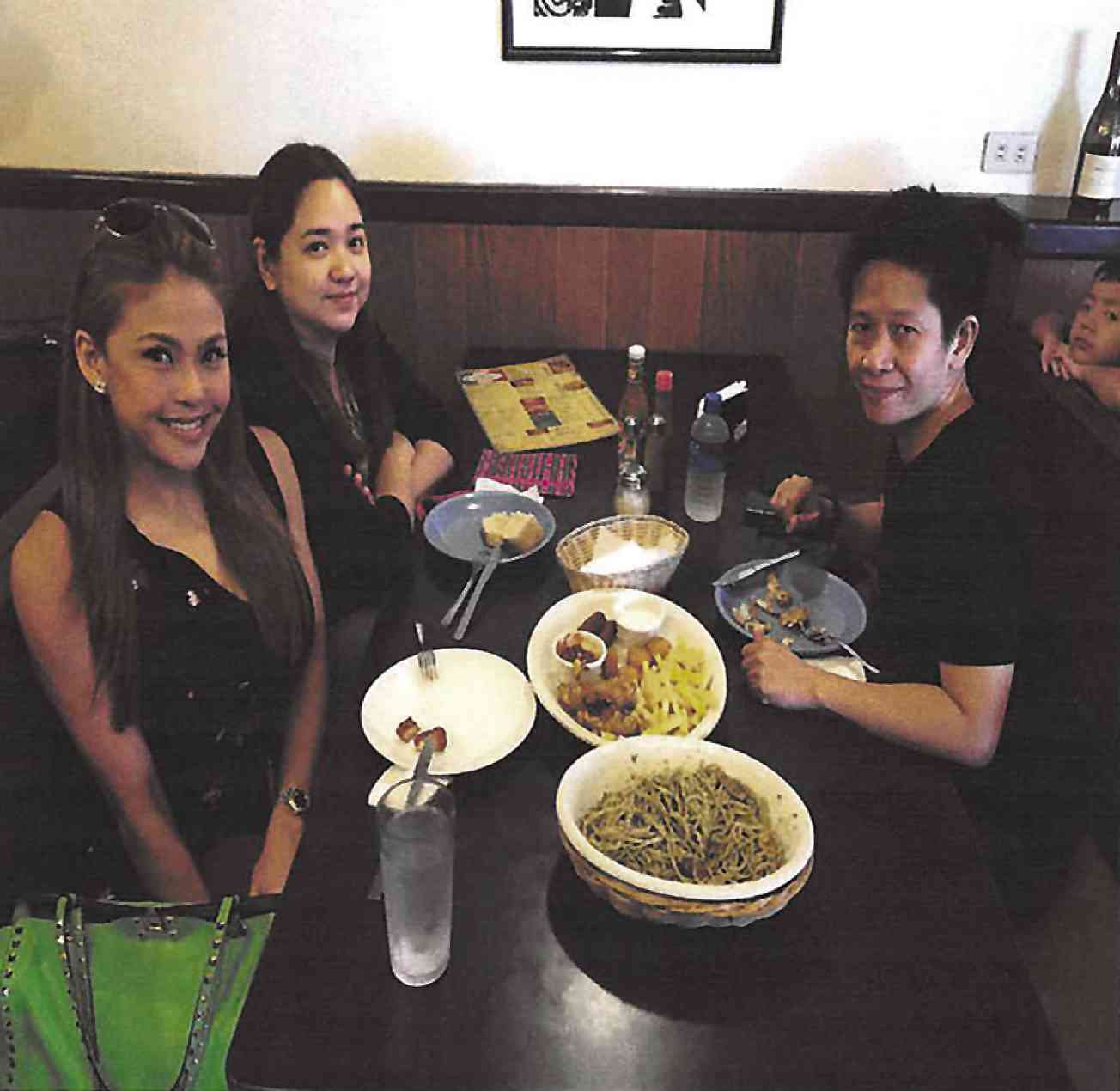 Cheryl Favila is a slightly built woman. She acts and speaks with the formality and politeness of a corporate executive. But she’s really an “intense person,” she tells Inquirer Lifestyle.

If, by intense, she means she brims with emotion, energy and passion, then her work in a stressful, highly competitive  broadcast media suits her fine.

For 21 years, she was supervising producer of ABS-CBN’s  primetime newscast “TV Patrol.”

Last July, her life changed when she had to leave her job, after Gretchen Fullido, host of “Star Patrol,” the show biz segment of “TV Patrol,” accused Favila, with “TV Patrol” segment producer Maricar Asprec, of sexual harassment, in a letter of complaint sent Nov. 6, 2017, to ABS-CBN management.

Favila and Asprec are domestic partners.

Favila and Asprec presented seven witnesses who executed affidavits in their favor. Fullido had none.

On July 18, the panel handed a decision dismissing the complaint.

However, the panel also ordered that Favila be terminated due to grave misconduct—allegedly for “sexually oriented language” in her text exchanges with Fullido over the years of working together and being  friends.

Favila was said to have been “allowed to resign and she received some benefits,” her legal counsel Evalyn Ursua tells Lifestyle.

Ursua couldn’t reconcile the dismissal of the sexual harassment complaint and Favila being found guilty of grave misconduct—on the basis of the same evidence.

That’s okay and all under the bridge now, Favila says, because she realized it was untenable to work with Fullido. Favila wanted to move on.

But on Oct. 5, Fullido filed another sexual harassment complaint against Favila and Asprec—this time with the Quezon City Prosecutor’s Office. The criminal complaint is under preliminary investigation to determine if there is probable cause to file a case in court, says Ursua, who pointed out that the court has yet to issue a subpoena.

Fullido has released to media details of her criminal complaint, including the text messages that formed the main basis of her allegations.

Favila, accompanied by Ursua, went to the Inquirer editorial office to air their side.

Fullido didn’t respond to Inquirer’s repeated attempts to contact her.

Favila says, “I’m a very private person…This is ironic. Now I have to face people and tell them my story. The damage to my reputation is real, that’s true. But I guess no matter what, as long as your integrity is intact, no one can ruin your reputation… I just have to fight.”

She declares, “I did not harass Gretchen Fullido in any way, in any form. That was proven when ABS-CBN cleared us (Asprec) after its investigation. Gretchen is ruining me now through public perception.”

A Journalism graduate of St. Scholastica’s College, she first worked as reporter covering Malacañang in the now-defunct Evening Paper. In 1997 she moved to ABS-CBN as writer/producer of the program “Usapang Business” with Ces Drilon.

“I was with public affairs for 15 years, until I was transferred to news when (former President) Cory Aquino died. My first news assignment was ABS-CBN’s special coverage of Cory’s death and funeral,” she recalled.

As “TV Patrol” supervising producer, Favila—nicknamed Chair in the newsroom—said she was mandated to help enhance the image of senior anchors like Noli de Castro and Ted Failon, as well as develop the younger ones like Bernadette Sembrano.

Fullido was one of several segment hosts she worked with on a daily basis.

The problem started, Favila surmised, when she and Fullido had a professional misunderstanding: Fullido “wasn’t delivering the job expected of her.”

But Favila pointed out that it was not in her job description to evaluate Fullido’s job performance.

She recounted having a vague idea of who Fullido was: “All I knew was she came from Star Magic (ABS-CBN’s talent pool).”

In time, however, they became close friends.

Before their conflict, Favila says, “Gretchen befriended me and my partner (Maricar). Gretchen had only a few friends in the newsroom, and it’s newsroom knowledge that Maricar and I are together.”

One day, Fullido sought Favila’s help. “Gretchen asked if I can come up with a special segment for her on ‘TV Patrol,’” Favila recalls. “I asked her what kind of segment, and she said, ‘Something to strengthen my presence.’”

Consulting with the network’s marketing, digital and other units on how best to create a segment with Fullido as host, Favila says, “We made a concept and pitched it to management. It was approved and was called “Tara Grets,” a travel-oriented segment.

One of the “major things” asked of Fullido was that she had to improve her image. “Be more wholesome. Simulan natin sa pagdadamit,” Favila says. “TV is a visual medium. I’m a producer, so ang damit ng mga anchor, pinupuna ko, hindi lang siya.”

But later, Favila recounts, Fullido began to make excuses—for instance, she couldn’t shoot on weekends. Also, “She was being seen in public, nagwawalwal (hanging out). ’Yung mga suot… At some point, I said, ayoko na.”

That was where the “commitment” text messages would come in,” Favila says. “I texted Fullido to say that we could still proceed with the segment if I could get her commitment. Gretchen claimed it was something romantic, when in fact there were several ‘commitment’ text messages that pertained to work. It was all about work.”

Favila, however, admits Fullido could be affectionate, and, “at some point, she flirted with me. In our text messages, she would initiate the conversation.”

Favila didn’t mind because they were close friends. “There were constant invitations to have lunch, dinner, coffee, and she would not take no for an answer. Usually we (Maricar and I) would decline, but she was persistent.”

Favila claims something must not have sat well with  Fullido during the run-up to the 30th anniversary of “TV Patrol”: “I pitched the idea to have a pinch-hitter ‘Star Patroller’ every now and then to give a new flavor to the newscast. The intention was to drum up interest in the 30th anniversary. It was approved, so I gave Gretchen a heads-up, na may mga Star Patroller na artista, the likes of Anne Curtis, Kim Chiu, Erich Gonzales, Toni Gonzaga.

“The feedback from the public was very good. I think that was one of the reasons Gretchen got insecure. Parang ’yun din kasi ang timing ng mga reklamo niya. I don’t know why she was threatened.”

In the ABS-CBN investigation, Favila says, “Fullido was asked if I ever made a pass at her or asked her for sexual favors. She said no.”

Reflecting on her situation now, Favila muses: “I was just beginning to pick up my life. And now, this. Who’s really harassing whom?”