Anybody wants to run as candidate of ‘Party Muna?’ | Inquirer Lifestyle ❮ ❯ 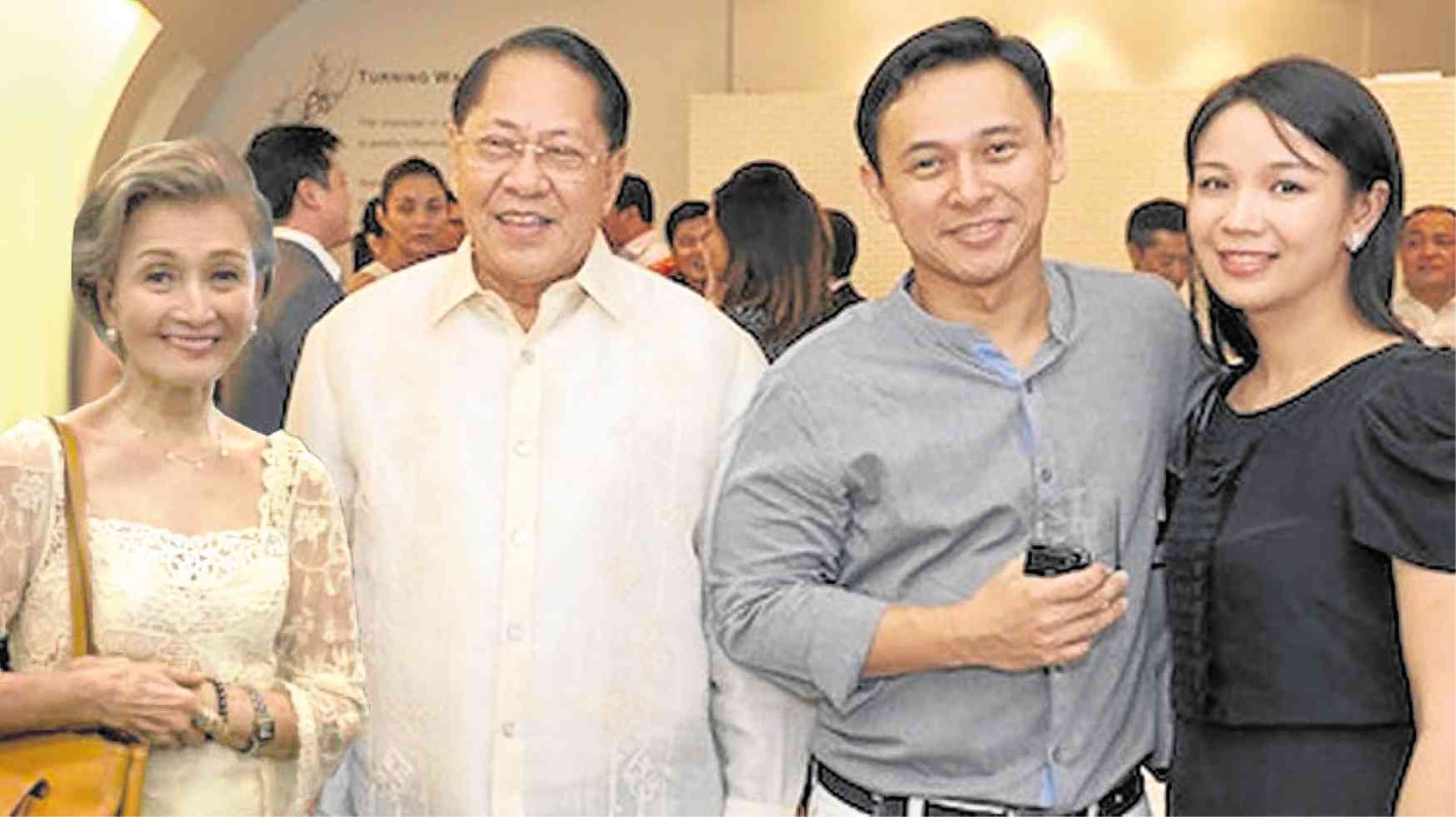 The Angaras in a photo taken several years ago, from left: Gloria, Senator Edgardo, his son Senator Sonny and wife Tootsy

Anybody wants to run as candidate of ‘Party Muna?’

Your mantra for the week: “I try love with my mind and think with my heart.”

Advocates of alternative medicine claim that cells of the human body regenerate about every 11 months, and create a whole new body every seven years.

Therefore, it should stand to reason that people can defy old age. However, the reality is that aging is brought about by the consciousness or mind-set, which does not change as regularly as the physical body.

In fact, many maintain the same consciousness that they had from their growing years and stay there until their death. It’s been said that a large slice of humanity virtually “die” at age 25 and are buried at 75.

Some say that in holistic medicine, only the brain and the heart do not regenerate. If so, we can assume it’s the reason the Bible emphasizes, “Be ye transformed by the renewing of your mind” (Romans 12:2) and “Keep thy heart with all diligence, for out of it are the issues of life” (Proverbs 4:23).

I suggest the following mantras for the brain and the heart be recited as often as possible:

Brain, be active, be strong in memory, be full of wit and wisdom.

Heart, beat perfectly, be loving and kind, be brave and forgiving.

These two mantras should keep you sound in mind and glad of heart.

I thought Pope Francis would be the Pope who would move the Catholic religion forward, after Pope and now St. John Paul II said in July 1999 that there was no devil or a geographical hell.

In a recent statement, Pope Francis was quoted that sexual abuses in the Church are the work of Satan. I couldn’t believe that in the 21st century, I am still hearing something that was prevalent in the Dark Ages.

The tribute to Ed Angara at the Cultural Center of the Philippines’ (CCP) Main Theater featured the Philippine Philharmonic Orchestra conducted by maestro Yoshikazu Fukumura.

One of the concert’s highlights was the performance of pianist Raul Sunico.

In the audience were Inquirer’s former chair Marixi Prieto and sportsman hubby Alex, Lorna Laurel with son Mark, Agnes Huibonhoa, Patricia Licuanan, Bal Endriga, Peter Jentes, Nes Jardin, Ernest Escaler, and many alumni of the University of the Philippines, so that the occasion felt almost like a UP reunion.

It became more pronounced after hearing “Awit ng Pagdiriwang,” written by National Artist for Music Dr. Ramon Santos, which was first played at the investiture of Angara as UP  president. Dr. Santos was then dean of the College of Music.

I like the following phrases: “Ipagdiwang ang pamantasan, ilaw ng karunungan, manatili ang iyong liwanag, na tanglaw sa landas ng kinabukasan (Let us celebrate the institution, the light of wisdom, may its brightness shine on, a torch to guide the path to the future).”

The stanza summarizes, for me, what the honoree had done for education.

Patroness of the arts Nedy Tantoco, looking slimmer and lovelier these days, with CCP chair Margie Moran Floirendo, hosted a cocktail reception at Silangan Hall after the concert.

I had the honor and pleasure of sitting beside Ed’s widow, Gloria, who was with her balae, the Briton couple Geoff and Jo Cole, whose son Joe is married to the Angaras’ youngest daughter, Alex.

Present was Ed and Gloria’s son, Sen. Sonny Angara, and wife Tootsy, who can pass for a teenager even as she has a 14-year-old son, who’s said to already have a 12-year-old Russian girlfriend.

To which Gloria quipped: “That is really going full circle because the family name Angara is of Russian origin.”

At another table sat Sally Perez, who served as Ed’s assistant for a long time, and Olive Bustamante, who recalled her 40 years of working as secretary to Ed, including when he was senator.

It was a pleasure meeting  Gap Legaspi, renowned neurosurgeon and director of the Philippine General Hospital.

The last time I saw Ed was when we invited him to join us for dinner after the Israeli National Day. But he begged off because he was tired.

Olive remembered that he called her that evening to dictate some letters. The next day, he went off to his rest house in Tagaytay, and the day after, he rested in peace—most deservedly!

Truly, the Binay family are among the country’s political geniuses. Imagine the brouhaha about the patriarch Jojo’s son, Junjun, running against his sister Abigail, the incumbent Makati mayor. Whoever wins, the Binay family wins. That is the definition of brilliant thinking and political savvy. ’Yan ang savi-savi!

The party-list system has been so abused—that maybe we can be amused if the likes of Agile Zamora, Connie Haw and Connie Guanzon get together and launch their own candidacy via “Party Muna.”

E-mail the columnist at [email protected]; catch him live in lectures on IAMISM every Sunday, 7 p.m., on his Facebook page.