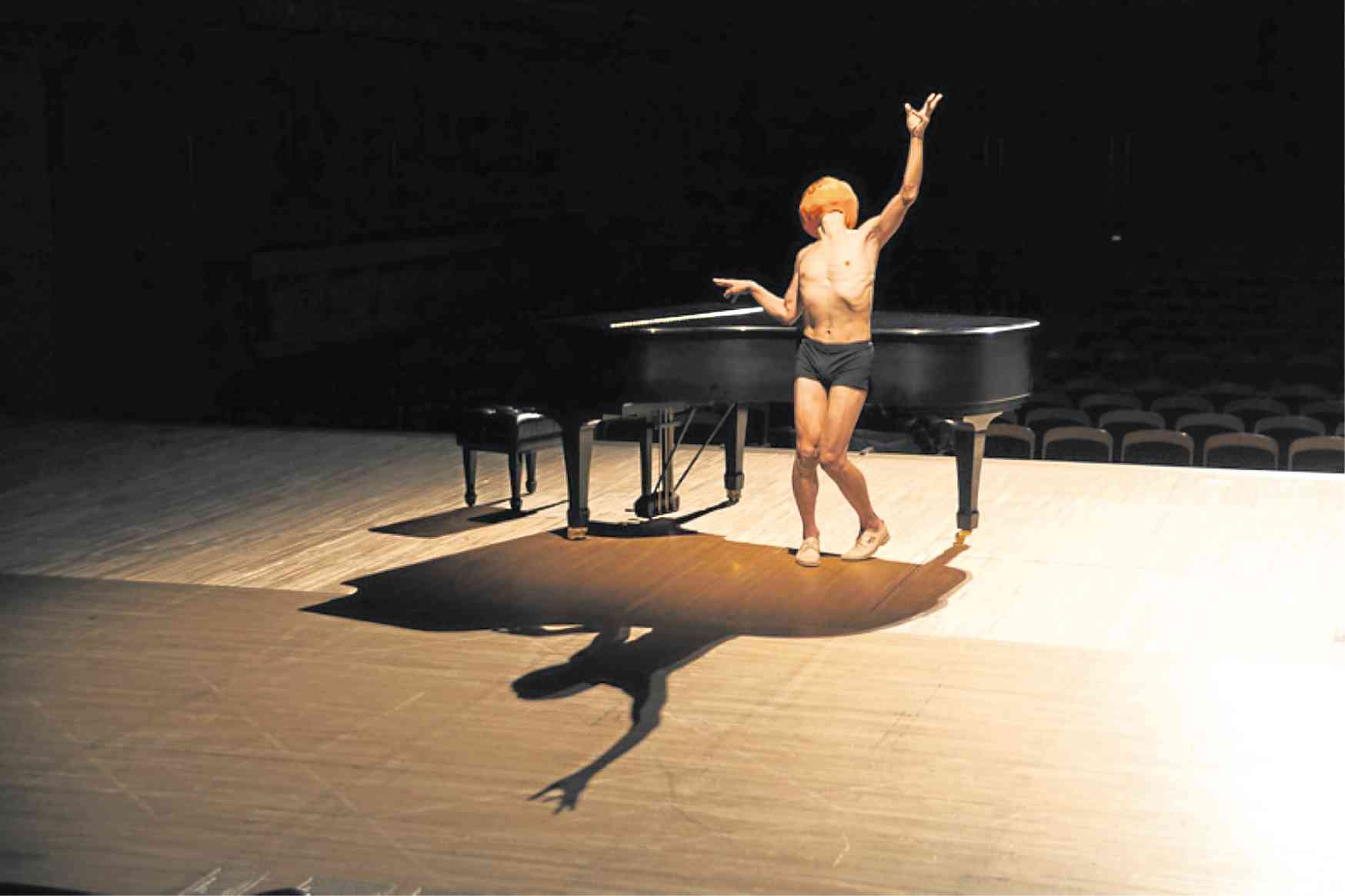 As part of this year’s Museums and Galleries Month, Fringe Manila, in partnership with the Japan Foundation Manila, launched over the weekend 1SA (supposedly acronym for solo artist), which, according to a press preview at Pineapple Lab in Makati, is a “platform” to celebrate solo artists and present them in a “more dynamic way” to local communities.

Andrei Nikolai Pamintuan, 1SA creative director, explained that Solo Arts Platform seeks to enable artists to convey the realities they are confronting through their chosen medium of artistic expression.

“Through this project, we are working to push for the increased visibility of emerging artists, new genres and evolving traditions in contemporary arts,” Pamintuan said.

The festival opened Oct. 20, at Pineapple Lab on Palma Street, Poblacion, Makati. Highlight was Gabbi Campomanes performing an unauthorized and completely fictional account of a debauched evening when she “shared” the stage with a top figure of musical theater in “My Night with Lea.”

On Oct. 23, 1SA will continue at Power Mac Center Spotlight with a performance by Takao Kawaguchi.
“About Kazuo Ohno” caused controversy in the Tokyo dance community when Kawaguchi literally copied the dance of the butoh master who was the inspiration for the piece.
On Oct. 24, Daniel Darwin will attempt a sustained spinning of 75 minutes in “Dance Until You Shatter Yourself.” The endurance piece explores the fragility of identity through a series of poems, songs and immersive projections.

On Oct. 26, Daloy Dance Company artistic director EA Torrado will perform “Brown Madonna,” a dance theater piece in which she will make sense of her personal experiences and history through the songs of pop icon Madonna.

On Oct. 27, Dulaang UP’s “Ang Dalagita’y ’Sang Bagay na ’Di Buo” will be performed. Based on Eimear McBride’s haunting novel and Annie Ryan’s stage adaptation, it features Skyzx Labastilla and in fragmented, poetic, and partly ambiguous language, will tell a tale of sexual abuse and power. It is the festival’s closing show.

Also to be performed is “Raising Gabe,” a coming-of-middle-age performance memoir by Gabe Mercado. The 45-minute autobiographical show combines improvisation, storytelling, and music, as it details the struggles of a single father raising a son. –CONTRIBUTED