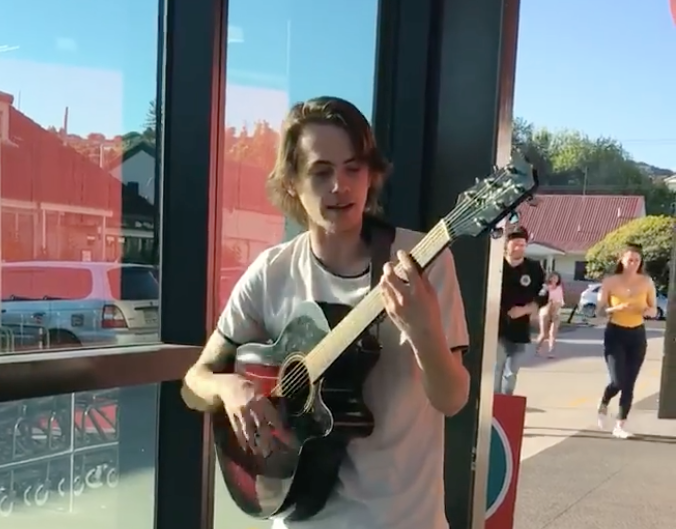 ‘If you need $, please take what you need’: Young busker touches hearts in New Zealand

A young busker’s act of kindness has touched many hearts in Browns Bay, Auckland, New Zealand.

Duncan Scowen, 20, was filmed singing Kiwi band Kora’s song “Burning” at a New World supermarket, next to a sign that read “If you need $, please take what you need.”

New Zealand Herald reported Scowen began busking around three months ago when he was approached by a man, who appeared “incredibly embarrassed,” and asked if he could take some money.

The young singer said yes and decided to put up a sign for people to take the money, hoping it would make it less awkward for those in need.

Uploader Sonia Mnc said she was “blown away by his kindness, generosity and talent” and said Scowen “Represent(s) the REAL New Zealand… Kind, humble [and] talented.” JB