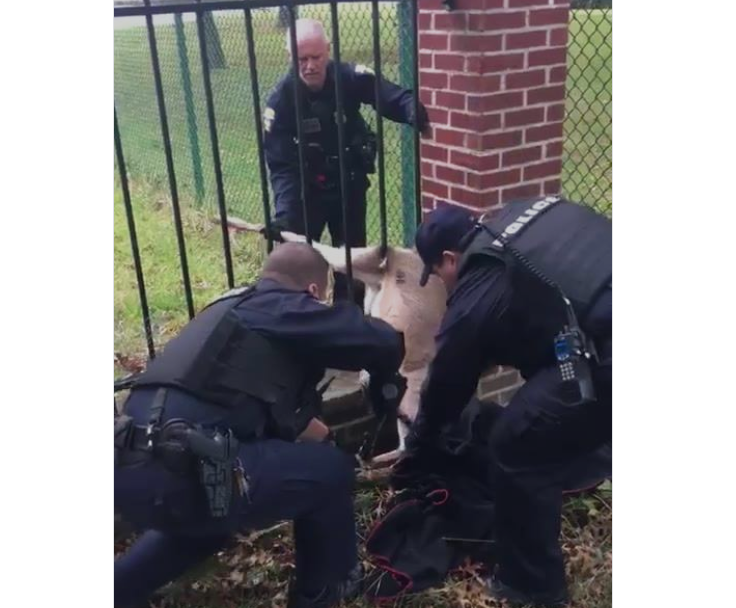 The Parma Heights Police Department in Ohio praised the efforts of its officers on Oct. 20 after they freed a deer caught in a fence.

Our officers were able to save this doe today after she got herself trapped in a fence. Good job Officer Jackson, Officer Hansen, Officer Taylor, and Sergeant Czack!

Footage of the doe’s rescue was posted to the department’s Facebook account and has since gone viral, amassing over 110,000 views as of this writing.

Netizens praised the efforts of the police officers as well for the time they devoted to rescuing the animal.

As pointed out by netizen Jennifer Oster, “Serve and protect all.” JB