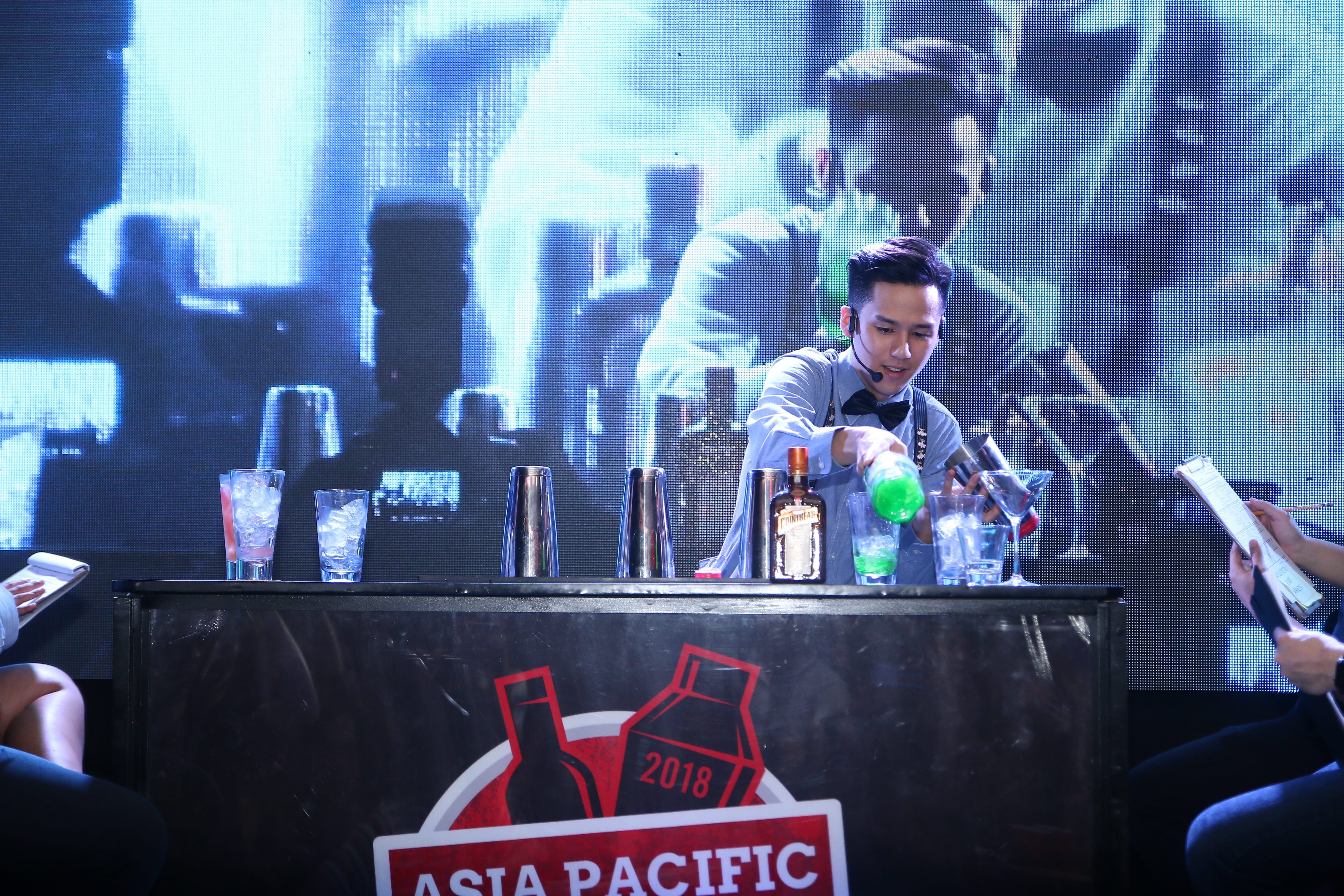 MANILA, Philippines – TGI Fridays Mall of Asia was bedecked with ‘fiesta’ decorations featuring the iconic Philippine jeepney and a sorbetes (“dirty ice cream”) cart to welcome Asian bartenders who competed at the recent TGI Fridays Asia Pacific Bartender Championship. The atmosphere was festive and fun. But in the end, no one was more elated than Jordan Kuo of Taiwan who was adjudged champion, winning the once-in-a-lifetime chance of representing the region at the TGI Fridays World Bartender Championship in Dallas, Texas USA next year. 20-year-old Jordan is a Foreign Language student at the Takming University of Science and Technology in Taiwan. 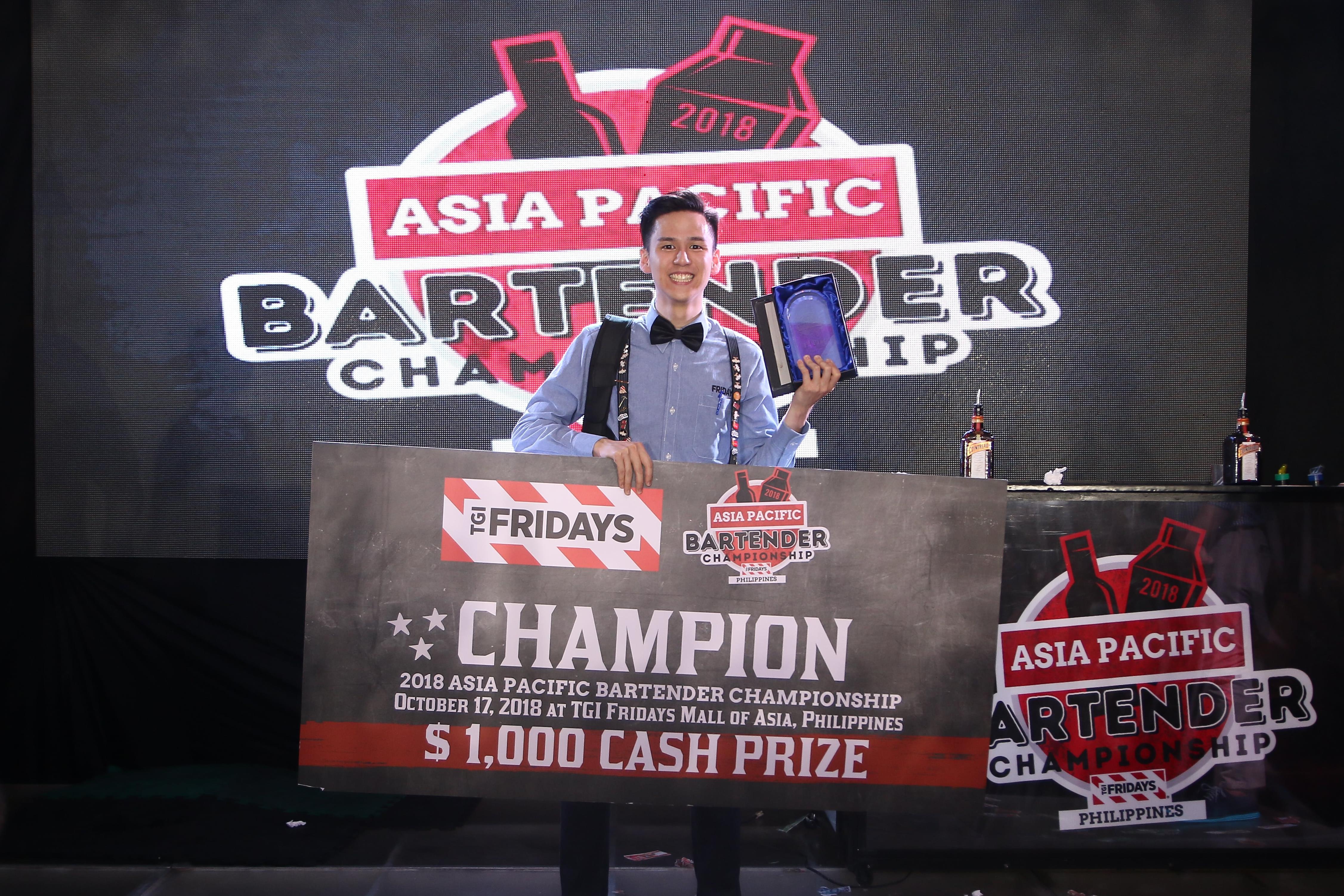 It was a close fight between Jordan and the Philippines’ bet, Johan Jara (of TGI Fridays Solenad). Both showed exceptional skills in flairtending and customer interaction. They also did well in the compulsory round that tested their accuracy of pour, knowledge of the bar and mastery of drink recipes. They were neck and neck all throughout the competition, both wowing the crowd with their bartending antics and creating much excitement among their supporters. At the end of the tilt, Johan was named first-runner up while Haruko Kusunoki of Japan earned second-runner up honors. Other contenders who gave equally impressive performances were Teguh Santoso of Indonesia, Chen Hua of China, and Henry Aguilar Jr. of Guam.

Kuo was overwhelmed with joy and pride because it was his first time to join any bartending competition. “I am the youngest among all contenders so I know I really had to give it my best. And I think the judges really saw my confidence and passion while I was performing. And I also did well in the Compulsory Round,” Jordan said. “I am going to bring with me the spirit of an Asian bartender as I will train hard for the final destination. So, thank you very much for this honor, and see you all in Dallas!”
TGI Fridays World Bartender Championship debuted in 1991 in the USA. For over two decades, the fun and excitement that surround this competition have not waned, proving that the energy around the Fridays bar and its talented bartenders is contagious and as vibrant as ever.